The Western media have lost the plot in Syria 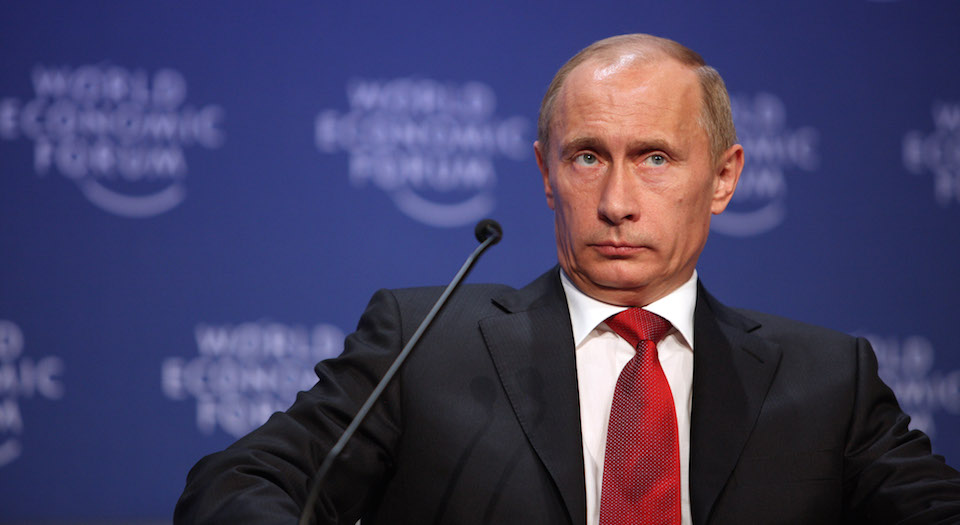 It is extraordinary to look back at Western Cold War propaganda; the scaremongering posters and films in which America is under attack from a vast alien force abroad and undercover agents at home. Very few intelligent people today would accept this propaganda as an accurate representation of reality. It is easy to see in hindsight that much Cold War propaganda was designed to create a climate of fear domestically and drum up support for overseas militarism.

Nevertheless, one of the most profoundly depressing things about the British press today is how uncritically it parrots the official line when it comes to foreign policy. Since the Ukrainian crisis, the British media seem to have killed off their critical faculties and burned the remains for good measure. Even intelligent analysts and commentators have forgotten the lessons of the Cold War and have so easily slipped back into a pale imitation of a Cold War narrative.

When it comes to the coverage of Russian bombing in Syria, however, the British media have surpassed themselves. The reporting on Russian airstrikes in Syria has ranged from the idiotic to the dishonest to the frankly astonishing. A headline in The Times a few weeks ago read ‘Putin defies the West!’. Clearly, Putin didn’t get the memo that Russian foreign policy is now controlled in Brussels and Washington.

Putin has been presented as a cross between Professor Moriarty, Fu Manchu and Joseph Goebbels – a master strategist and evil genius using smoke and mirrors to befuddle the West as he carries out his inscrutable campaign. ‘What is he up to in Syria?’ is the constant refrain. Recently, I debated journalist and former US diplomat James Rubin at the Cheltenham Literature Festival, and he kept remarking on how inscrutable Putin was. No wonder a kind of grudging admiration for Putin occasionally creeps into the commentary.

The problem is that this is utter nonsense. First of all, consider the claim that we have no idea what Russia is up to. This has been a running theme since the Ukraine crisis, but this is an outright lie. Russia’s motives in Ukraine and in Syria are well known. They are well known not because we’ve got a team of Kremlinologists scrutinising Russia’s obscure statements and mysterious behaviour, but because, as a representative of his government, President Putin has consistently told the West his intentions.

Now, we may not agree with Russia’s motives, but that is an entirely different point. The fact of the matter is that Putin is not hiding his intentions. And yet the media have never reported on it. Noam Chomsky once argued that, in a democracy, things are often hidden in plain sight – this is a very good example.

Similarly, it is simply not true that we do not know what Russia’s aims are in Syria. Russia is a long-term supporter of Syrian leader Bashar al-Assad, but is by no means averse to a post-Assad Syria; its main aim is to stop Syria from collapsing. This has all been openly stated by Putin – at the UN, for example, that little known secret forum, in an interview with CBS. We may not agree with it, but to present Russian intervention as some kind of fiendish, unfathomable plot is simply laughable.

What’s more, consider the heated debate about the impact of Russia’s intervention on Syria. Who knew the British media were so concerned about the malign effects of bombing a foreign country? You certainly wouldn’t have guessed it from the coverage of the US and its allies’ own year-long bombardment of Syria. Nor do you get this impression from the media discussion of the British government’s desire to join in on the Western bombing.

The British media have completely ignored the disastrous effects of Western intervention in Syria. The West has been attempting to bomb Islamic State positions while, at the same time, supporting jihadi groups such as the al-Nusra Front. Our new ‘allies’ in Syria have links to al-Qaeda. Have we totally taken leave of our senses? More to the point, why isn’t this frontpage news? And let’s not forget the US’s $500million plan to train up fighters – of whom about four or five remain. The Free Syrian Army is more or less a fiction, with little existence outside of the imagination of the State Department and the Foreign Office. At the same time, the West is allowing one of the most disgusting and shameful acts of this crisis to go on unchallenged – that is, Turkey’s bombing of the truly heroic Kurdish forces, the only coherent, pro-West political and military force in Syria and Iraq that is attacking IS.

Where is all the coverage of the utterly useless, dishonest and misguided Western campaign in Syria? If this had a tenth of the coverage given to Russian bombing I think the public and political discussion in Britain would be very different. The British media present Russian political elites as out of control and crazy, but anyone looking at Western foreign policy over the past 20 years would see that the West has been the single most destabilising force in world affairs since the Cold War. We hear an awful lot about the biases of Russian state media, but the Western media have little self-awareness of their own failings.

Tara will be speaking at ‘Shifting sands: understanding the Middle East today’ at the Battle of Ideas festival in London on Sunday 18 October. Get your tickets here.