If the French are saying your country's in crisis, you know you're in trouble. 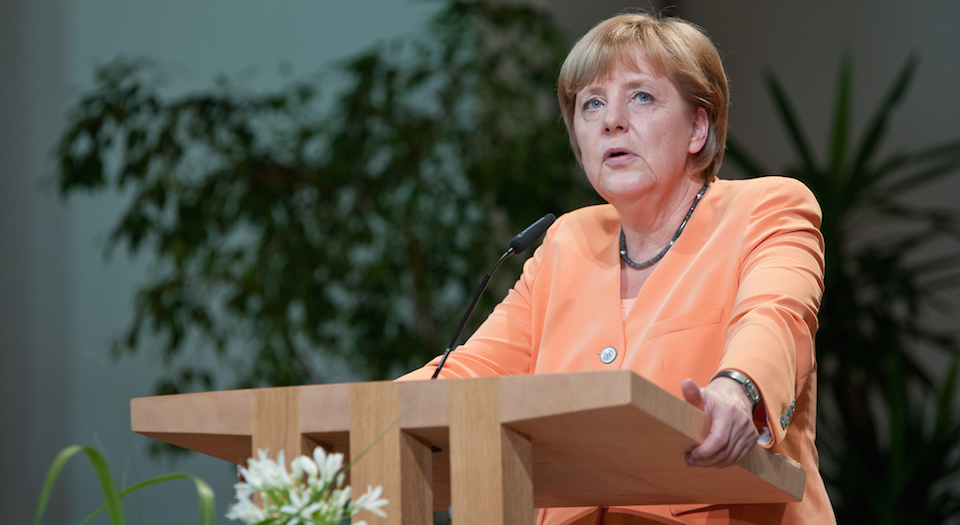 It was once Turkey, and then Britain. Some believe today it is France. Yet now it’s Germany that’s in danger of becoming the new ‘sick man of Europe’. Prospects certainly aren’t looking rosy in the Federal Republic.

During October, we saw the predictable and predicted fall-out from chancellor Angela Merkel’s decision to open the doors to an estimated 1.5million migrants this year. Many of these are still being housed in tents or sleeping rough. Inter-religious and inter-ethnic rancour and conflict have broken out among the incomers. Police have reported a record 500 xenophobic attacks on foreigners, while demonstration numbers continue to grow. The Bavarian government has threatened to close its own borders and Merkel’s approval ratings have slumped. Meanwhile, across the border in Austria, the refugee crisis came within a whisker of propelling the far right into power in the Austrian elections at the weekend.

That’s not all. There’s also been the Volkswagen scandal. Germans, fully aware of their reputation for efficiency and first-rate technology, have been greatly shaken by this. ‘”Made in Germany” under general suspicion’, ran a headline in Frankfurter Allgemeine. The financial newspaper Handelsblatt agreed: ‘”Made In Germany” is in peril.’ While, most tellingly, the bestseller Bild on 27 September had shame-faced pages describing the world’s damning verdict on the German giant.

Berlin’s new Brandenburg Airport, due for completion in 2012, is still under construction and €5 billion over budget; work on it was halted last month over fears the roof is too heavy and could collapse. The Germans now can’t even organise a piss-up in a proverbial brewery, having cancelled the UK’s official Oktoberfest this year owing to ‘operational issues’. To top it all off, Germany can’t even beat Ireland at football these days.

This could all be seen as mere coincidence. But the years of financial malpractice can’t be dismissed as an aberration. This, and Merkel’s naivety to the consequences of increasing a country’s population so sharply and so quickly, bears the hallmarks of a country that has become bloated and complacent.

Writing in France’s Le Figaro last Thursday (you’re really in trouble when even the French say your country’s in crisis), Bruno Alomar noted that (West) Germany’s postwar role was underpinned by three pillars: its cordial relationship with the US; the construction of a new Europe with France as a partner; and economic development as a substitute for geopolitical ambition.

All three of these pillars are foundering, notes Alomar. Relations with America have become strained over divergent views on foreign policy, especially in the Middle East. In the economic sphere, since the end of the Cold War and the growth of China, the US has long since switched its focus away from Europe to the Asia-Pacific.

On the second point, the ‘European project’ is clearly in meltdown, with austerity, bailouts and refugee crises only exposing its fundamental inherent flaw – namely, that you can’t have a single political state without one language and one common culture. The consequent rise of the anti-EU Front National in France could ultimately break the Paris-Berlin partnership.

On the third matter, the economic slowdown in China is adversely affecting countries that most rely on exports of materials and manufacturing. In Britain this has meant the loss of steelworks in Redcar; in Germany, this has resulted in the sharpest drop of exports in six years. Only the continued weakness of the Euro prevented an even more dramatic fall.

So what now for Germany? To resume its geopolitical role? I doubt any of its neighbours would welcome that. Remember those Greeks comparing Merkel to Hitler earlier this year?

The technocrats believed mass immigration could be a remedy for the collapse in Germany’s birth rate. But short-termism never solved anything. As the celebrated German author Botho Strauss ruefully put it last week: ‘I would rather live in a dying but vital people than in one mixed with foreign peoples to be rejuvenated by mainly economic and demographic speculation.’ Such sentiments do not bode well.

As Jeremy Clarkson announces details of his new motoring show, I can’t help thinking that Top Gear, no matter what great fun it was, has had a malign influence on British television.

This Sunday’s episode of The Sky At Night, the BBC’s longstanding monthly astronomy show, used exploding cola bottles and gushing fire extinguishers to ‘explain’ how volcanoes worked on the moons of Saturn and Jupiter. This was a far cry from Patrick Moore’s austere and schoolmasterly monologue. It was more in keeping with Brainiac, the excitable science programme for teenagers and students.

This laddish, larking-about approach, which assumes that an audience can be captured by explosions and moving camera-work, owes a great deal to Top Gear. But its legacy can be seen elsewhere. Bang Goes the Theory, another BBC science programme, launched in 2009, directly copied the three-matey-presenters format. And this summer we had the BBC’s much-derided Wimbledon 2day, also featuring chummy punters standing up in front of a gormless-looking audience.

It’s a bit like that rule for writers: only James Joyce can write like James Joyce, so don’t ever try to imitate him.

At a branch of WHSmith this week, I spotted the new kidult craze: chocolates ‘for grown-ups’. No doubt to be eaten while filling in your ‘adult colouring books’ or reading your ‘Ladybird books for grown-ups’.