Breathing life back into libertarianism

To build a new humanist politics, we must get serious about freedom. 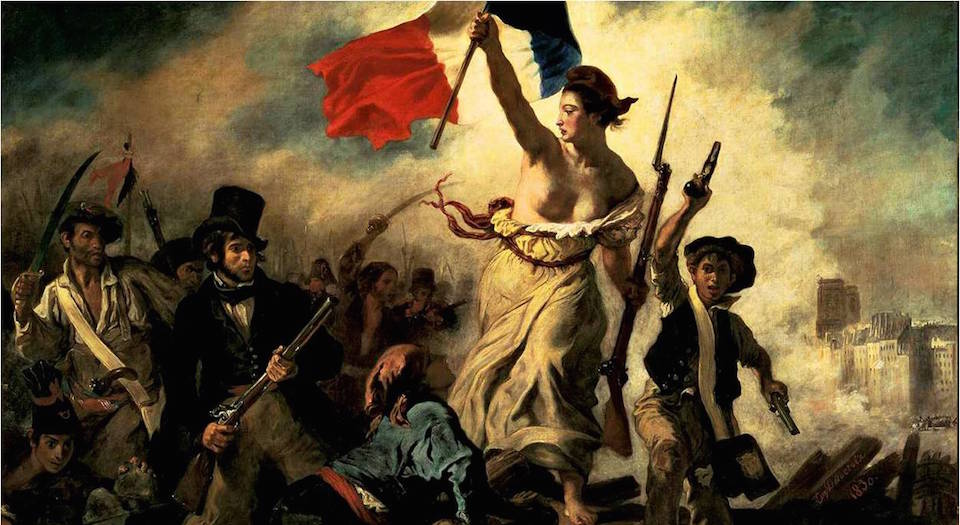 Yet today, the word libertarian is often used as a term of abuse, a synonym for callousness and the politics of individual greed. History, however, shows us that libertarian ideals are the culmination of a long humanist revolution, from the Renaissance to the eighteenth-century Enlightenment.

The revolt against determinisms

Who decides our individual fate? How much of our future is influenced by our exercise of free will? Humanity’s destiny has been the subject of controversy since the beginning of history. Back in ancient times, different Gods were endowed with the power to thwart human ambitions or bless us with good fortune. The Romans worshipped the goddess Fortuna, conceding her great authority over human affairs. Nevertheless, they still believed her influence could be contained and even overcome by men of true virtue. The Latin proverb ‘Fortune favours the brave’ captured this outlook. The belief that the power of Fortuna could be limited through human effort and the exercise of free will is one of the most important legacies of humanism. This belief in the capacity of people to shape their own futures flourished during the Renaissance, creating a world where people dreamt of struggling against the tide of fortune.

The belief that individuals’ destinies were not preordained took some time to emerge. Machiavelli struggled to make sense of the relationship between fixed fate and free will. He believed that much in life could be neither foreseen nor brought under the control of human will. Nevertheless, he drew the conclusion that people’s hopes were wrecked, not by Fortuna, but by a failure to take risks and adapt to changing circumstances. Whatever the power of Fortuna, the exercise of human will could limit and at times even subdue it. Around the Renaissance, a new optimism in the ability of people to influence their futures helped to wake European society from its long, fatalistic slumber. The historian Quentin Skinner remarked that ‘one important reflection of this optimism can be seen in the novel and striking emphasis the humanists began to place on the concept of the freedom of the will’ (1).

The gradual decline of fatalistic religious doctrines, from the Protestant Reformation onwards, did not mean that deterministic philosophies lost their influence. In the seventeenth and eighteenth centuries, new, more secular doctrines of mechanical causation and natural determinism started to emerge. It was in reaction to these new fatalistic sentiments that libertarianism took shape as a distinctive intellectual and political orientation. In the late eighteenth century, radical ideas about liberty emerged in response to the religious, intellectual, economic and political restraints of the old order. Often the call for liberty was underpinned by a conviction that individuals had the capacity to exercise free will. In many minds, the idea of freedom was inextricably linked to a belief that individuals could and should shape their futures.

When it first emerged, libertarianism celebrated the principle of free will. In contrast to religious doctrines of predestination and fatalistic philosophies of mechanical causation, libertarians emphasised self-determination. The philosophical opponents of libertarians were labelled ‘necessitarians’. The defining feature of the necessitarian doctrine was a belief that all human action was necessarily determined by the laws of causation. The clash between the necessitarian and libertarian view of human action and behaviour rested on the polar opposite principles of determinism and self-determination. The unique foundational principle of libertarianism is that of autonomy — an ideal that was, and remains, fundamentally antithetical to the various deterministic theories of modern times.

Autonomy is when a person engages with the world as an active, reasoning and conscious individual. The etymology of this word tells us much: autos (self) and nomos (rule or law) — self-rule. The term was first used in the Greek city-states. According to one account, a ‘city has autonomia when its citizens make their own laws, as opposed to being under the control of some conquering power’ (2). An autonomous person is presumed to possess moral independence, to act with moral responsibility (3). Through the exercise of autonomy, individuals develop their personality and assume responsibility for their lives. The cultivation of moral independence requires that people be free to deliberate and come to their own conclusions about the views and opinions they hear.

The ancien regime, with its institutions defending custom and tradition, regarded liberalism and its ideals of free will, autonomy, individual rights and liberty as a perverted violation of the natural order. But it wasn’t only traditionalists who were keen to discredit the principle of free will and individual rights. In the nineteenth century, a veritable army of philosophers and ideologues sought to undermine the principle of free will through new doctrines of determinism. Conservatives like Edmund Burke argued that individual action was circumscribed by the legacies of the past. This view of society’s destiny being determined by history was explicitly about undermining the ‘arrogance’ of individualists.

Others argued for different determinisms. Nature and natural selection was one widely promoted determinism of the nineteenth century. It asserted that free will was a nonsense because people were prisoners of their biology. Others spoke of cultural determinism, the idea that people’s characters were shaped by their cultural background. Then there was economic and social determinism — the idea that social norms and economic reality have such a big impact on people’s lives that individual self-determination becomes illusory.

The impact of all these determinisms was to boost the idea that individuals cannot realise their own self-interest. This idea was used to justify the expansion of the state and the creation of new paternalistic policies. The state came to be presented as an institution through which the ‘excesses’ and ‘limits’ of individual action could be corrected.

Historically, the libertarian outlook was embraced by a wide variety of movements. In the nineteenth century, classical liberals were often described as libertarian. At the other end of the ideological divide, anarchists, socialists and communists were labelled by others, and by themselves, as libertarian. Anti-slavery protesters, and later the Suffragettes, were sometimes called libertarian. Today, when libertarianism is presented as a far-right dogma, it is useful to recall that left-wing libertarianism has a long history, right up to the vital role it played in the political culture of the 1960s.

The main issue that historically divided left- and right-wing libertarians was their attitude towards the market and private property. For classical liberals and libertarians, private property is a key instrument for the realisation of individual freedom. By contrast, libertarian anarchists and socialists questioned the legitimacy of private property on the grounds that it dispossesses workers of the freedom to labour independently.

Left- and right-wing libertarians shared a common suspicion of state activity, but were divided on these issues of market and private property. There are also divisions within libertarianism, rarely openly discussed, on two other issues: democracy and popular sovereignty. Some leading liberal thinkers – including John Stuart Mill – were at the very least ambivalent about the role of mass democracy. Some feared that mass democracy would encourage conformism, compromising the ability of individuals to stand out from the crowd and exercise their autonomy. Others, such as Thomas Paine, recognised that individual autonomy and popular sovereignty were indissolubly linked.

Regardless of libertarians’ differences over the market, these arguments over democracy are far more fundamental because they directly touch on autonomy – and autonomy is the only true foundation upon which 21st-century libertarianism can flourish. Today, libertarianism can revitalise itself through re-appropriating its humanist legacy and developing a robust challenge to the various deterministic doctrines of our era.

Libertarianism must be consistent

In recent decades, from the nineteenth century onwards, we’ve seen the growth of anti-humanist doctrines that are hostile to self-determination. At the same time, state intervention in economic life has sought to curb the freedom of the market. From the twentieth century through to today, the state has been expanding its activities in people’s personal lives and has even sought to manage and influence our behaviour in the private sphere.

The steady expansion of state intervention into all areas of human existence has provoked opposition from liberals and libertarians. However, this reaction has often been inconsistent, and usually confines itself to criticising state paternalism. In the 1960s, leftist libertarians reacted against the numerous restrictions – legal and informal – on personal freedom. However, on other issues, such as the state regulation of social and economic life, they were conspicuously silent. Since the 1970s, the cause most frequently associated with more right-leaning economic libertarianism has been the desire to free the markets from state regulation; but these campaigners have been less than vociferous in challenging the state’s encroachment on people’s personal lives.

One reason why libertarianism has not gained the influence it deserves is because liberals have lost contact with some of the key concerns and passions that originally drove their movement – most notably free will and individual rights. Sometimes libertarians have inadvertently strayed into the territory usually occupied by their deterministic opponents. For example, many supporters of the free market have embraced the Thatcherite dictum There Is No Alternative (TINA). But if there is no alternative, then the idea of free will, of self-determination, comes to be emptied of meaning. TINA, which is itself a form of determinism, is antithetical to the principle of liberty, of individual autonomy.The original pioneers of libertarianism boldly declared that there definitely was an alternative to the old order. Individual libertarians like Paine promoted a concept of freedom that affirmed individual rights and agency and the democratic principles of popular sovereignty. The liberal opposition to the paternalistic state was based on a commitment to realising both democratic desires and individual self-determination.

The principle of self-determination remains fundamental to libertarian humanism. The capacity for autonomy is one of the most distinctive features of being human. That is why libertarianism is fundamentally humanist, and why genuine humanism is libertarian. It is precisely because libertarians trust people and believe in the human potential that their outlook can capture the imagination of those who believe that what they do really matters. But for the human potential to be realised, libertarians need to develop arguments that match up to the great ideals of freedom and autonomy.

Human action often has unexpected outcomes, some of which are difficult to live with. Nevertheless, the ideal of autonomy offers people choice and often results in progress. It was those who took autonomy seriously who successfully challenged repressive institutions and the use of arbitrary powers that thwarted people’s ambitions. An enlightened society should harness the ideal of individual autonomy, in order to create the optimum conditions for human development. Societies that fail to support this ideal will end up being dominated by a culture of fatalism, and will risk falling into stasis.

(3) On Tolerance: A Defence of Moral Independence, by Frank Furedi, Continuum Press, 2011