Why we must fight for free speech for people we loathe 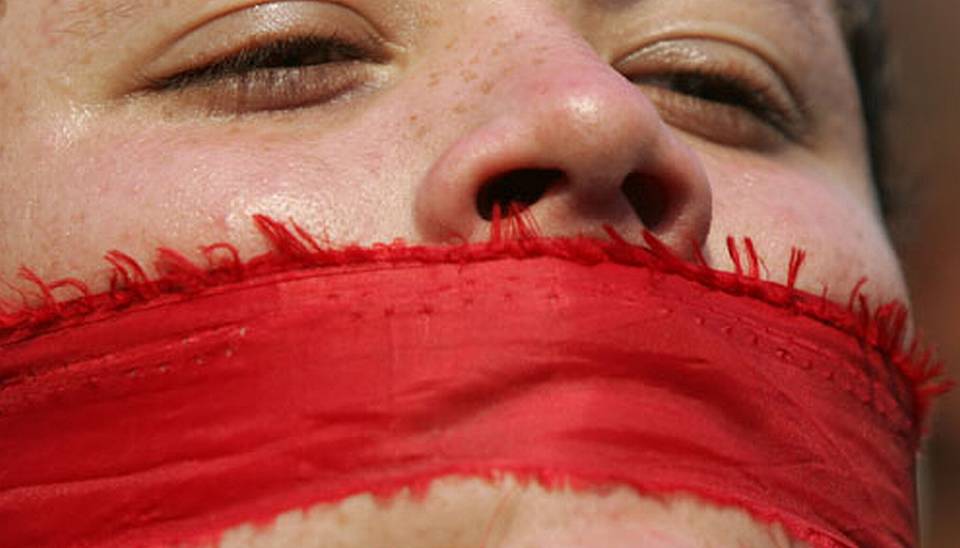 At a glance, it seems a fightback against censorship has finally kicked off in Britain. Headlines inform us of a ‘feminist backlash against the censors’, proof, apparently, that the ‘tide [is] turning in the free-speech debate’. Even the Guardian has taken a five-minute breather from demanding restraints on Page 3, lads’ mags and sexist comedians to publish a piece criticising student officials’ No Platforming of radical feminists, telling us that ‘college is about learning to think’. The University of Warwick’s students’ union was forced to backtrack on its scandalous ban on Iranian secularist Maryam Namazie after liberal newspaper columnists raised hell. And the news that Bahar Mustafa, diversity officer at Goldsmiths Students’ Union, will shortly appear in court partly for having tweeted the hashtag #killallwhitemen has been met with near universal condemnation.

On one level, this feels good. At last people are taking seriously a freedom that spiked has been championing since we were founded, which we describe as ‘the foundational freedom upon which every other right we enjoy is built’. But on another level there’s a serious problem with this supposed backlash against censorship, something that ought to make all true free speechers feel uncomfortable. Which is this: for the most part, and certainly in all the recent flashpoint cases mentioned above, people are only defending free speech for people they like. In fact, their new interest in freedom of speech was kindled only when a colleague, comrade or mate of theirs faced censorship. They aren’t defending freedom of speech; they’re defending friends’ speech. And today’s various, distinct, disconnected calls to ‘let my friend speak!’ could actually damage rather that boost that most pressing cause of the 21st century: the fight for the right of everyone – literally everyone – to say, sing, write, depict and think whatever they like.

What we’re witnessing is not a new movement for freedom of speech, but the rise of cliques that deploy the language of freedom in a quite cynical way to defend people who espouse ideas they agree with. So feminist commentators are currently arguing against students’ unions’ banning of Julie Bindel, yet say nothing about the banning of Dapper Laughs by Cardiff University, or the NUS’s nationwide clampdown on ‘laddish banter’ (speech), or the ban on the Sun and ‘Blurred Lines’ on campuses across Britain. They aren’t defending freedom of speech, which is, by definition, undiscriminating, and should apply as equally to a sexist rugby club leader as it should to Julie Bindel; instead they are merely defending speech, in this case Bindel’s speech, the content of which they admire and support.

Likewise, the secularists who defended Maryam Namazie said nothing about the banning of a homophobic Islamist preacher at the University of East London. And Bahar Mustafa and her friends might be terribly concerned about Mustafa’s arrest for tweeting #killallwhitemen – as they should be – but, as I discovered when I debated Mustafa in London last month, they don’t support anyone else’s right to be offensive: not lads, not ‘transphobes’, not people who are critical of Islam – no one.

Indeed, many of those fighting for friends’ speech actively support restrictions on non-friends’ speech. The defenders of Bindel include people who campaigned to end Page 3. In a letter to the Observer denouncing the No Platforming of feminists, various activists and academics called for a return to that time when No Platform was ‘a tactic used against self-proclaimed fascists and Holocaust deniers’. That so many can use the language of freedom of speech to defend people they like while simultaneously giving the nod, or turning a blind eye, to the censorship of people they don’t like – fascists, sexists, Islamists, pornographers – should leave no doubt that we are not witnessing a new fight for freedom of speech. If anything, the ideal of freedom of speech is being damaged, badly, by those who use the language of freedom in the pursuit of the very narrow, self-serving aim of preserving their own political influence.

Freedom entails allowing everyone to speak, and trusting the audience to decide which ideas are good and which are bad. The new ‘backlash against censorship’ doesn’t do this. It’s actually a cry for privileged speech not free speech – ‘Let this person speak because what she says is important. Those other people? Whose ideas aren’t important? I don’t really care about them.’ In privileging some speakers’ rights over others, these new ‘free speech’ campaigners empty freedom of speech of its profound, democratic value: which is as a means of permitting the expression of all ideas – every idea on Earth – in the name of enlightening and enlivening the public sphere and creating a healthy clash of beliefs in which we, the public, are the judges. A true devotee of freedom of speech says, ‘Let everyone speak, because it is important that all sides are heard and that the public has the right to use their moral muscles and decide who they trust and who they don’t’. The new, partial campaigners for friends’ speech effectively say, ‘Let my friend speak. She is interesting. She will tell the public what they need to hear.’ These are profoundly different positions, the former built on liberty and humanism, the latter motored by a desire to protect oneself, and oneself alone, from censorship. The former is free speech; the latter ‘me speech’.

Many people took umbrage when, in that London debate last month, I argued that it isn’t enough to defend freedom for people we like; far more importantly, we must defend it for people we loathe. They argued that, actually, it’s perfectly natural to focus on freedom for one’s friends. At openDemcoracy, Rahila Gupta said I was being ‘disingenuous’ because ‘we all prioritise the campaigns we get involved in’. ‘It is possible to support freedom of expression in principle without feeling motivated enough to campaign for an expression of ideas which you disagree with’, she said. In short, you can support free speech in principle without supporting it in practice – really? On the Conversation, a lecturer in philosophy said I was wrong because ‘it is natural and justifiable to give priority to people who have something to say that seems intellectually attractive or socially valuable’. He said: ‘I can insist as a general point that my opponents should have freedom of speech, without having the time and inclination to put up my hand for each specific opponent who runs into difficulties.’

Is it really ‘natural’ to devote more time to defending freedom of speech for your friends than for your enemies? I would say no. In fact, it’s positively dangerous, and self-defeating, to take such a selfish, cynical approach to the freedom to speak. The most important thing in the fight for free speech is consistency, the recognition that this liberty is enjoyed by everyone or by no one. If the state bans a neo-fascist march and liberals don’t actively campaign against that ban – spending time and energy writing articles, haranguing politicians, organising protests – then they aren’t only letting down neo-fascists: they’re letting down the cause of freedom. The power of the state would grow, and freedom of speech would be diminished. The logic of censorship – that some ideas are so wicked they must be suppressed – would be left intact. And if that logic can be used against neo-fascists – or lads, or comics who tell rape jokes, or misogynistic rappers – then it can be used against you. It’s the logic of censorship that must be fought against, in every single case, because, as Thomas Paine said, ‘He that would make his own liberty secure must guard even his enemy from oppression; for if he violates this duty he establishes a precedent that will reach to himself’.

To this end, we should take inspiration, not from the new warriors for ‘me speech’, but from Aryeh Neier. He was national director of the American Civil Liberties Union in the 1970s, during which time he devoted a massive amount of energy to demanding the right of the National Socialist Party of America to march through a largely Jewish town called Skokie. Neier had fled Nazi Germany when he was a child, and much of his extended family was wiped out in the Holocaust. And yet he fought, hard, tirelessly, for free speech for Nazis. Yet today’s campaigners say they don’t have the ‘time and inclination’ to defend a comedian who makes a rubbish rape joke or a student rugby society that says ‘minger’. What moral pygmies these supposed warriors for free speech are in comparison with the likes of Neier.

Neier recognised the centrality of consistency to the fight for free speech. ‘Nazis must be free to speak because Jews must be free to speak and because I must be free to speak’, he said. ‘Defending my enemy is the only way to protect a free society against the enemies of freedom.’ Defending your enemies – that is what free speech is about. I will believe a backlash against censorship has really begun when I see feminists marching through the streets to defend the right of comedians to joke about rape, left-wingers fighting tooth-and-nail against every restriction on neo-fascist political activity, and middle-class Guardian readers arguing hard for the right of football fans to swear and shout and sing insanely offensive songs on the terraces. Until then, all we have are cliques defending themselves, not a serious war against the right of the state or anyone else to tell people what they may think and utter.