VW: a panto of green politics

Irrational regulation and green posturing are the real causes of the Volkswagen debacle. 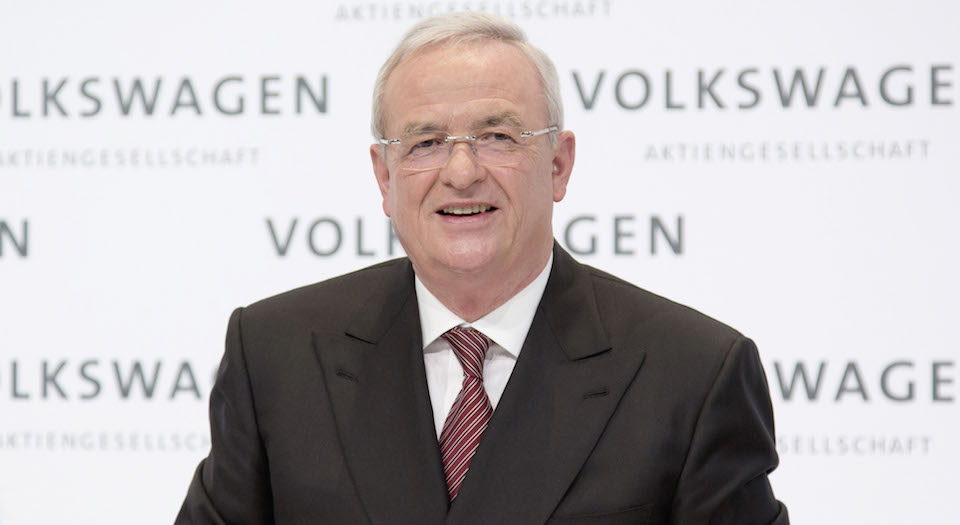 Last week, it was revealed that Volkswagen (VW) fitted special, duplicitous software into its diesel-powered cars in order to fool US regulators. In an outrageous play, the software would sense if the car was being lab-tested and would automatically adjust the diesel engine to lower its emissions. Meanwhile, in normal use outside of the lab, VW engines could run along, undetected, producing much bigger emissions.

VW, the world’s leading car manufacturer, now faces billions of dollars in fines. It has lost both its CEO and its whole reputation as an eco-friendly car firm. Its shares have plummeted. VW must now also recall 11million vehicles worldwide, and change them in ways that will lower fuel economy and the amount of luggage space they have at their backs.

Feeling vindicated, glib commentators have wheeled out their familiar explanations of how all this came about.

For Oxford economist Will Hutton, a darling of the liberal left, VW shows what happens when a company’s executives make its share price their god. What we need, instead, is ‘mutual responsibility between firms and society – a moral ethic that must inform unions, regulators, shareholders and systems of corporate governance alike’.

For Greenpeace, however, a more corrupt kind of ‘mutual responsibility’ is already present. With a 2014 expenditure of up to €18.5million set aside for lobbying the EU, the European car industry, Greenpeace says, has reverted to type. Carmakers bribe regulators, it says; VW alone spent €3.3million on Brussels, employing 43 lobbyists.

Actually, the sums Greenpeace cites are peanuts. Much more interesting is VW’s research-and-development (R&D) budget, which in 2013 ran to €11.743 billion – though, as we’ll explain, this is not as much as it seems. In truth, it is VW’s poor R&D, combined with overzealous state regulation and the world’s obsession with green gestures, that produced the VW debacle.

For Hutton, VW’s R&D budget is ‘vast’ – it only fails because it’s ‘far from a leader in the electrical car [sic] or hybrid market’. Well, VW does spend more on R&D than any company in the world. But, as a percentage of its revenues, VW’s R&D, when compared with that of other firms, is no big winner.

Contrast VW’s €11.743 billion on R&D with what it does as a car-leasing bank. Its leasing arm has €164 billion in assets, €67 billion in debt, and 13.5million customers. Leasing, as a branch of sales and marketing, helps realise the value accumulated in VW factories. Finance, sales and marketing, not engineering and R&D, form the main event at VW.

VW favours financial gymnastics more than innovation. Had the company organised more and better R&D around exhaust emissions earlier than it did, it wouldn’t have needed to try to fool the regulators.

Diesel cars emit less CO2 per kilometre than petrol vehicles; this is why New Labour’s vehicle taxes were designed to favour diesel cars. But while New Labour flaunted its virtue around climate change, diesel emissions of nitrogen oxides (NOx, consisting of NO and NO2), particulates and black smoke present significant problems in the here and now. Result? Not content with arrogantly trying to set the world an example through its CO2 regulations, the EU stiffened regulation against NOx:

All of this begs the question: who could keep up with this rapidly tightening regime? Yet, instead of openly contesting matters, VW pretended to obey the limits on NOx, so as to uphold its green virtue. That’s how much manufacturing is in thrall to state-sponsored environmentalism.

US regulators were just as vain as those in the EU. To teach EU carmakers a green lesson, the Environmental Protection Agency introduced, in 2004, a NOx limit of just 30mg/km – 2.6 times as stringent as the EU regulation. This non-tariff barrier to trade was designed to keep European diesel-car manufacturers such as VW out of the US market. Regulators in all nations apply such barriers in all sectors nowadays, so as to keep foreign imports down.

And yet, just how dangerous is NOx? In 2012, specialists in cancer at the World Health Organisation – a body that has an extensive history of alarmism – declared the dangers of inhaling diesel exhaust ‘on the same order of magnitude’ as those of passive smoking. However, while no dangers exist around passive smoking, some might well accompany walking during the rush hour in London’s oxygen-lite Oxford Street. For smog-bound cities, professional drivers, and car mechanics, in particular, NOx can be bad news. For others, it just isn’t.

While regulation against passive smoking makes no sense, there is a case for regulating diesel-exhaust fumes. Yet the existing international regulation of car emissions is chaotic and unhelpful; it is lengthy, excessive, arbitrary, incoherent and entirely subject to new green fads.

The obsession with green gestures

State regulation has led breast-beating car executives in a merry dance. Both carmakers and regulators have long been engaged not so much in lobbying and being lobbied, as Greenpeace maintains, but in exactly the kind of environmentally obsessed mutuality Will Hutton upholds. They’ve coquetted with what he calls a moral ethic: of superhuman efforts to achieve impossible cuts in pollution levels. In this green pantomime, gestures count much more than substantive plot.

No wonder then that, since the VW story broke, it’s emerged that both carmakers and EU regulators have long been engaged in a knowing charade around diesel emissions. As early as 2011, the EU started ‘research’ into the discrepancies between emissions in the lab and those on the road.

The debate around the VW case, like that of transport generally, has been framed irrationally. Let’s start again. Is R&D and innovation in cars all it could be? No. Are automotive R&D, innovation and marketing – leaving aside share prices, media coverage and all the rest – distorted by green state regulation? Absolutely. Is the motorist or the first-time car-buyer impoverished by self-serving manufacturers and regulators, always more interested in displaying green credentials than making cars cheaper, better and genuinely less prone to fumes? Naturally.

We hear plenty of overblown claims about electric and driverless cars, the hacking of cars, car-sharing and young people falling out of love with cars. Yet there’s something much more urgent than all this: extending motorisation, and the freedom it brings to people, even further – especially to old people, young people and those in low-car countries such as India or China. Instead, however, our culture measures motoring not by what cars can do to expand human horizons, but in terms of the fumes they spit out.

VW and Brussels: you can go on pretending to save the world by legislating for ‘cleaner’ car exhausts. But we have a more honest, more humanistic agenda to offer. Stop your slimy green exercises of perception management and follow in the steps of Rudolf Diesel himself – make a better engine.

James will be speaking at the sessions ‘New wars, new technology’ and ‘Welcome to the Drone Age?’ at the Battle of Ideas festival in London on 17-18 October. Get your tickets here.