Victims should not have the right to personalised justice. 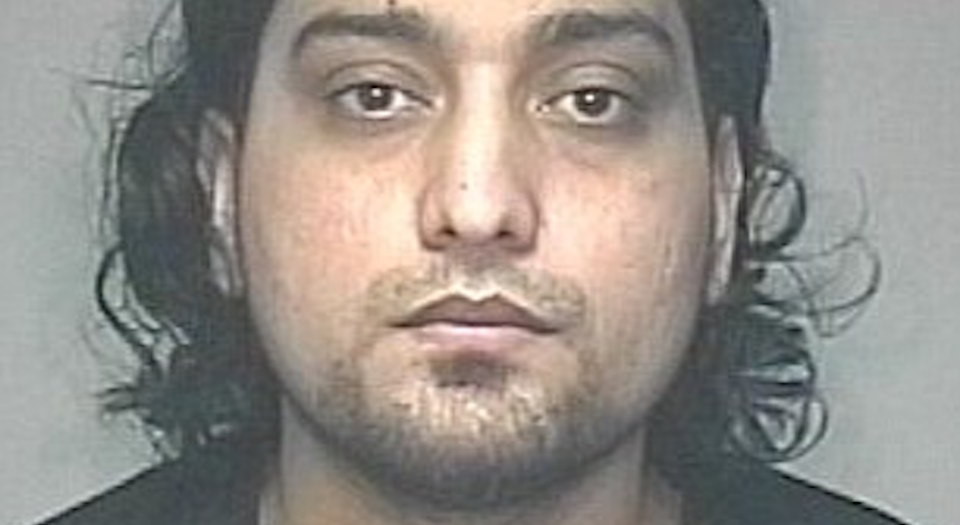 The decision of the Court of Appeal to view the sexual abuse of Asian girls as more serious than sexual abuse of other girls is an outrage. But the outrage should be directed not at the judges who passed the sentence, but at the victims’ rights discourse that has been challenging the objectivity and universality of criminal justice for many years. It has now achieved its objective of a ‘justice’ that varies according to a victim’s personal circumstances, such as his or her culture, values or mental fortitude.

The Court of Appeal judgement on the sentencing of Jamal Muhammed Raheem Ul Nasir has ended the idea that justice is objective and universal. Ul Nasir appealed against his seven-year prison sentence for six counts of sexual assault with two girls aged 13 and nine. Last December, the sentencing judge, Sally Cahill QC, found as an aggravating feature of Ul Nasir’s offending the fact that his victims were Asian, for which she increased his prison sentence. In refusing his appeal against the length of sentence, the Court of Appeal noted the impact on the girls and their family due to the values held by ‘their particular community’, which meant that ‘great shame’ was brought upon them. Mr Justice Walker also accepted as relevant the father’s concern ‘about the future marriage prospects for his daughters’.

So now we know that, in the eyes of the law, identical abuse may be more serious if perpetrated on a ‘particular community’. The sexual abuse of Asian girls, the logic goes, is likely to be worse than the same abuse of non-Asian girls. In fact, from now on, the court’s power to deviate from a universal and objective standard when sentencing an offender should not be limited to particular offences or to particular circumstances that engage the politics of diversity. The Court of Appeal has given the green light to judges to administer victim-friendly sentences in respect of all crimes and the circumstances personal to the victim.

The Ul Nasir judgement hit the headlines because it touched a raw nerve in British society about diversity and the privileging of one community over others. But the willingness of the judiciary to privilege one victim over another has been clear for years. In 1995, in the case of R v Doe, Mr Justice Sedley referred to ‘the valuable practice of putting before the sentencing court what is sometimes called a “victim-impact statement”’. But the use of victim-impact statements can only detract from the objective facts of what the offender did by considering as relevant the victim’s subsequent circumstances. As the Court of Appeal stated in 2013, the purpose of a victim-impact statement is to allow the victim to explain ‘how [he or she has] been affected by the crime or crimes of which they were victims’.

A victim may be affected by a crime in many different ways, which in a case of sexual abuse may turn on the victim’s culture and morals. But, with other offences, the impact on the victim will vary for a whole host of subjective reasons, such as his or her mental fortitude or views on criminal justice. The wealthy man may (although, equally, he may not) view the street robber who steals £100 from his wallet differently from the poor man who experiences the same crime, or it may be that one victim puts before the court an impassioned and articulate victim-impact statement, while others do not. But such circumstances which are personal to the victim should have no bearing on criminal proceedings. Every victim, whether they are Asian or non-Asian, rich or poor, out for revenge or a believer in dispassionate justice, is entitled to the same protection from the criminal courts.

As Libby Purves put it in The Times: ‘Crime is crime is crime: if you rape, steal, beat, kill or intimidate you should be sentenced… A drink-driver who hits a vicious gangster is not less “guilty” than if they hit a virtuous young mother walking to evensong.’

The arrival of victim-impact statements in court has not been without controversy; most judges have traditionally recognised the need for justice to be objective, universal and unyielding in the face of a victim’s particular personal circumstances. The US Supreme Court warned of the dangers of allowing victim-impact statements to be used in capital cases (although the US moved more quickly than the UK in allowing victim-impact statements in other cases). In 1987, in the case of Booth v Maryland, the Supreme Court held that a victim-impact statement ‘creates a constitutionally unacceptable risk that the jury may impose the death penalty in an arbitrary and capricious manner’. The court noted how evidence of the psychological impact of the crime on the victim’s family may be entirely unrelated to the blameworthiness of the defendant, who could be sentenced to the death penalty merely because family members are willing and able to articulate their grief. Most judges in the UK have traditionally recognised the cogency of these objections and have applied them when it comes to the sentencing of criminals, irrespective of the crime.

Only last summer, a UK judge caused a storm of protest when he was recorded in private as saying, ‘I feel so very sorry for these families. They make these statements thinking they are going to make a difference, but they make no difference at all. Someone should tell them.’ The judge’s statement prompted the victims’ commissioner Baroness Newlove to note: ‘Victims pour their hearts into these statements to make sure they do their loved ones the best possible justice – they should never be dismissed like this.’

Since the victims’ commissioner urged judges to take into account victim-impact statements, it looks like she and the victims’ lobby, of which she is a part, has got its way with the Ul Nasir judgement. But this is hardly surprising since a desire to reorganise criminal justice around the wishes of victims has been government-backed policy for many years. In 2003, the government passed a law requiring judges to consider ‘any harm that the offence caused’ – the word ‘harm’ was a gateway through which a victim’s personal circumstances would eventually walk. To make victims’ views more central to the sentencing process, the government then passed a law requiring judges to pay due attention to sentencing guidelines from the Sentencing Council. Judges were ordered to consider ‘the impact of sentencing decisions on victims of offences’. It was these guidelines, and their reference to considering the psychological effect of any abuse on the victim, that the Court of Appeal followed in Ul Nasir.

New Labour’s mission to reorganise criminal justice around the victim’s personal circumstances has been followed by the Conservatives. In 2012, UK home secretary Theresa May said that ‘For too long, victims of crime have had no voice, but this government is giving victims back their voice’. To this end, there are now some statutory duties on prosecutors to consult with victims about what sentences should be sought from a court.

Philip Davies, the Conservative MP for Shipley, was quick to condemn the Ul Nasir judgement: ‘To suggest that to sexually abuse Asian girls is more serious than sexually abusing white girls is completely unacceptable. One has to wonder from where they manage to dig up these politically correct judges. The principle that everyone is equal before the law – once the cornerstone of British justice – appears to have been thrown out of the window.’

Davies was right to note the harm that the Ul Nasir judgement has done to the principle that everyone is equal before the law, but he was wrong to scapegoat ‘politically correct judges’. It has been state policy for many years to undermine the objectivity of criminal justice with a focus on the personal circumstances of victims, promoted in the name of ‘victims’ rights’. All that has changed with the Ul Nasir judgement is that the Court of Appeal has given legal recognition to this long-standing state-backed policy.

In criminal proceedings the state should, as a matter of common decency, look after victims and inform and support them during the prosecution of a defendant. But the state should never lose sight of the fact that the criminal law is concerned with the application of universal and objective standards. With the Ul Nasir judgement, the personal and subjective has been allowed to trump the universal and objective. It is no longer the case that all members of society are entitled to the equal protection of the law. Victims have been given a right to personalise justice. And this is no justice at all.

Jon will be speaking at ‘From Magna Carta to human rights: can the law set us free?’ at the Battle of Ideas festival in London on Sunday 18 October. Get your tickets here.