Unleashing the power of knowledge for all

We need to put subjects at the heart of the curriculum. 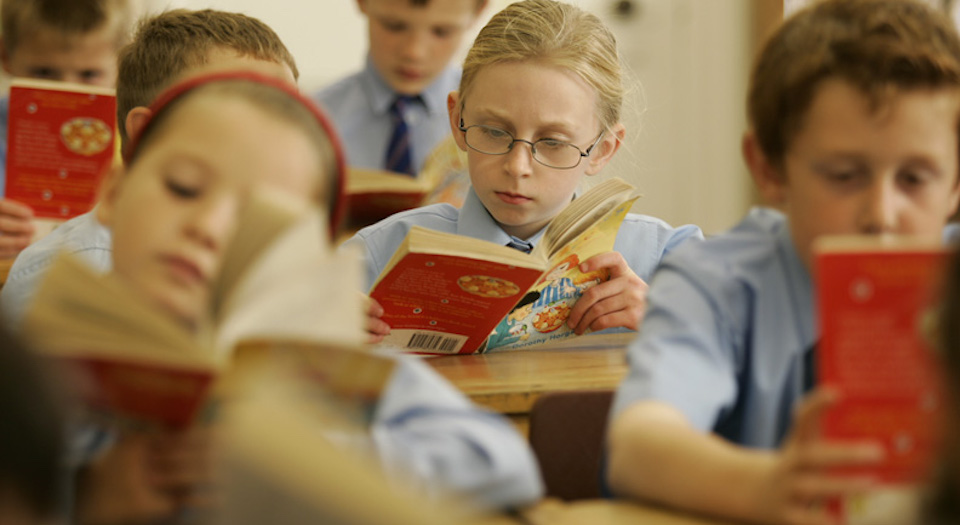 Since the publication of my book Bringing Knowledge Back In, in 2007, I have been trying to work out the implications of placing knowledge at the centre of the discussion of the purpose of schools. This has led me to a reassessment of the role of subjects as the basis of the school curriculum. Despite having spent five years in a school teaching chemistry, as a sociologist I naively saw subjects and the boundaries separating them as backward-looking and elitist, and any attempt to make them a requirement for all pupils as an imposition. However, I gradually came to realise that, although this critique of subjects has some truth in it, and although subjects may be experienced by some pupils as an imposition, neither subjects nor the boundaries between them are arbitrary. They are a form of specialisation of knowledge with powerful educational possibilities.

In this article, I want to outline how I came to change my understanding of subjects and why this might have implications for today’s often acrimonious debates about the nature of the school curriculum between Conservative government ministers and significant sections of the professional education community. Michael Gove, even before he became education secretary, saw the diminishing role of academic subjects as something in need of radical reform. Gove’s educational critics, on the other hand, who were mostly on the left and opposed to the government on political grounds, challenged any signs of a ‘return to subjects’ as backward-looking and discriminatory towards pupils from disadvantaged backgrounds. This put me, as a firm defender of a subject-based curriculum for all, in a difficult position. I had always voted Labour and had many friends in the education community. For the first time in my career I had to accept that my political beliefs and my educational views were not necessarily consistent. Exploring the change in my view of subjects led me to explore the idea that there was ‘powerful knowledge’ that all pupils were entitled to.

Although linking the words ‘power’ and ‘knowledge’ is neither new nor specific to education, the idea of ‘powerful knowledge’ as a curriculum principle is relatively new; it is only within the past five years that it has become part of educational debates. Initially I found it helpful to link the concept ‘powerful knowledge’ to the idea of ‘knowledge of the powerful’. However, the two terms use the words ‘power’ and ‘knowledge’ in very different ways.

To my mind, they distinguish two different ways of linking power and knowledge when thinking about the curriculum. ‘Knowledge of the powerful’ focuses on which people or groups in society are in a position to define what knowledge is. In the case of schools, the concept ‘knowledge of the powerful’ refers to what knowledge is included in the curriculum and what is not – and, indeed, who defines what knowledge is. Karl Marx’s version of ‘knowledge of the powerful’ will be familiar to many. It asserts that, ‘The ideas of the ruling class are in every epoch the ruling ideas’. It became a popular slogan in the 1970s among educationalists on the left for several reasons. First, it focused on the question of who benefits from existing definitions and selections of knowledge. Second, and specifically in relation to the curriculum, it focuses on the question of who has the power to exclude and include certain topics and concepts in the curriculum. A good example from the nineteenth century was the exclusion of geology from the school curriculum on the grounds that it might undermine students’ belief in the version of creation found in the Old Testament.

The problem with analysing the curriculum in terms of the power and interests of those who design it is that it tells us very little about the curriculum itself, or what alternatives to the existing curriculum might be possible. Instead, to use a phrase I owe to the late Rob Moore, ‘it tells us about knowers not the knowledge’. From this perspective, the curriculum is always predominantly a political instrument for maintaining power, rather than an educational instrument for supporting learning. A view of the curriculum or subjects as representing ‘knowledge of the powerful’ presents a challenge to policymakers, curriculum leaders and even to teachers. However, in practice, it is of very little help to any of them. As the sociologist Basil Bernstein once wrote, ‘education cannot compensate for society’. In other words, the roots of educational inequality are not in the curriculum. At the same time, Bernstein also reminds us that the curriculum is always potentially a disrupter of existing inequalities, so it is important to ask what different curricula can and cannot do, even if we cannot expect them to ‘compensate for society’.

In contrast to the idea of the curriculum as ‘knowledge of the powerful’, the idea of ‘powerful knowledge’ refers to what makes some knowledge powerful and what it can do for those who have access to it. Knowledge is ‘powerful’ if it predicts, if it explains, if it enables people to envisage alternatives, if it helps people to think in new ways. If these are some of the ‘powers’ of powerful knowledge, how might it then be distinguished from the everyday or commonsense knowledge that we all have as members of society?

This shared commonsense knowledge is vital in our everyday lives, and is always tied to particular contexts. It does not need to be taught and we do not need to go to school to acquire it. However, it is limited and it is in order to overcome its limitations that we have schools and a curriculum based on subjects.

Powerful knowledge is systematic. Its concepts are systematically related to one another and shared in groups, such as subject or disciplinary associations. It is not, like common sense, rooted in the specific contexts of our experience. This means that powerful knowledge can be the basis for generalisations and thinking beyond particular contexts or cases. The clearest examples both of the systematic structure of powerful knowledge and of its role as a resource for generalising are found in the natural sciences. However, other forms of subject knowledge, such as the social sciences, humanities and the arts, also have concepts that take us beyond particular cases and contexts in different ways, and offer us different capacities for generalisation, due to the nature of the phenomena they are concerned with.

Powerful knowledge is specialised. In other words, it has been developed by clearly distinguishable groups with a well-defined focus and relatively fixed boundaries, separating different forms of expertise. These groups range from novelists and playwrights to nuclear physicists and subject teachers. The specialist character of powerful knowledge explains, at least in part, why it is experienced as difficult to acquire and why acquiring it requires specialist teachers and much persistence on the part of learners. The important curriculum point about subjects is that they are based on the shared rules and knowledge of communities within which their questions, methods, concepts and criteria are debated, discussed and improved.

With the introduction in 2013 of a new National Curriculum for England, based largely on academic subjects, the UK’s Conservative-led coalition government must be given credit for opening up a debate about the purpose of schools and the right to knowledge of all pupils – something that successive Labour governments had signally failed to do. Linked to this is the wider question of social justice, which ministers continue to raise. Nick Gibb, the minister for schools in the current Conservative government, refers to access to subject knowledge as the major social-justice issue of our time, and made a recent speech entitled ‘Knowledge and Power: the social-justice case for an academic curriculum’. Some may claim that his argument is no more than a slogan. However, it is clear that it sets the terms for future debates; no one will be able to avoid talking about ‘a curriculum for all’ that does not address the issue of academic subjects.

That said, the government’s policies so far are unlikely to be a basis for achieving their goals of making an entitlement to a subject-based curriculum a possibility for all pupils; if anything, they could lead to the opposite. There are already two warning signs. Schools are beginning to advertise themselves as offering a knowledge-led curriculum. This has become a slogan rather than a set of questions about how such a curriculum might be realised. A second issue that arises is the distribution of specialist and well-qualified teachers. It is important, as the government recognises, that teachers have good first degrees in their subject. However, teaching is a profession, not a ‘craft for graduates’, as Michael Gove once claimed. ‘Learning on the job’ is important for any profession, but, unlike crafts, not all professional knowledge can be acquired in this way. Furthermore, like all professions, teachers have to acquire systematic knowledge that draws on, but is separate from, their specialist studies.

Michael Young is emeritus professor at the Institute of Education. He is the author of Bringing Knowledge Back In and co-author of Knowledge and the Future School (with David Lambert) and Curriculum and the Specialisation of Knowledge (with Johan Muller), which will be published by Routledge in early 2016.