Teaching students to jump through hoops

The obsession with exams is cheating state-school kids out of an education. 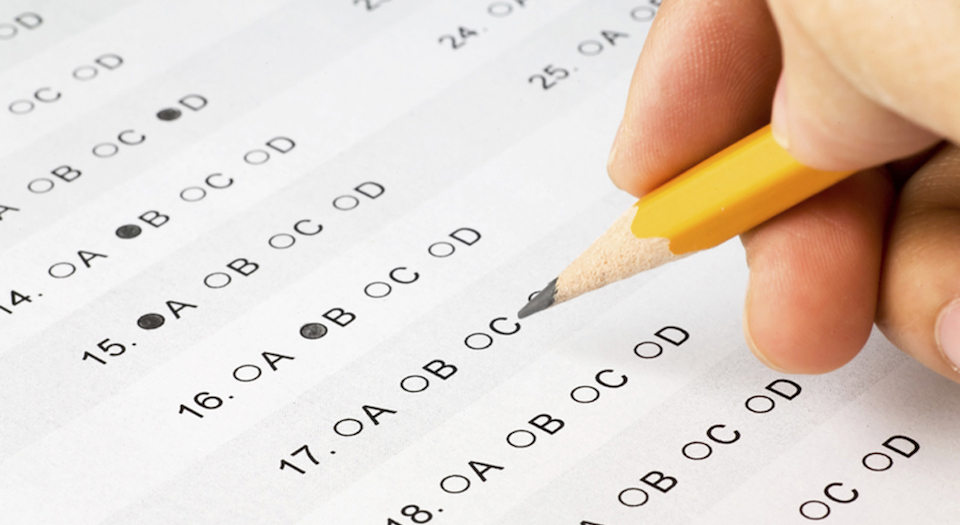 This summer there was a notable increase in the number of students sitting exams in traditional academic subjects. A-level maths, for example, is now taken by 20 per cent more students than in 2010. What’s more, as Fraser Nelson has pointed out, ‘For A-levels, England’s 500 top state schools actually outperform the 500-odd private schools – in spite of having a fraction of their budget’.

Some argue that too much emphasis is now placed on academic subjects to the detriment of students whose talents lie elsewhere, while others urge us to celebrate this vindication of the reforms to education that former education secretary Michael Gove set in place. I have to admit that I, too, have previously been quoted complimenting Gove and many of his reforms. However, I am uneasy about celebrating this recent exam ‘success’.

I don’t think Gove oversaw a qualitative improvement in education. Rather, what has changed is the ability of a growing number of state schools to get students to jump through exam hoops. Schools are teaching to the test, and getting better at it. If all you care about is exam grades, then this is something to celebrate. But if you care about the quality of the education state-school students are getting, then this is a sad story. Despite the superficial uptick in exam results, too many students are still not getting the breadth and depth of knowledge they are entitled to.

State schools are getting better at teaching their students what they need to do to hit assessment objectives in exams and coursework. Although coursework is being eliminated or reduced in some subjects, and replaced by controlled assessments, topics are still taught in bite-size chunks, matching the designated marking schemes in key areas such as understanding, analysis, evaluation and comparison. The emphasis is on securing the top grades at any cost.

Unfortunately, contrary to what most people think, a good grade does not necessarily equate to a deep level of understanding of a subject. As an examiner and a teacher in the state sector for many years, I know that the key to exam success today is to make sure the students have learned the marking criteria by rote. It’s that simple. The goal is not to make lessons intellectually stimulating through exploring interesting ideas, but to get students predicted a D grade up to a C, and those on course for an A up to an A*. Schools are assessed on this basis.

The motto in many state schools seems to be: if it’s not in the test, don’t teach it. This can mean that A-level students spend a year of their studies barely going beyond their one exam-board-approved textbook. Good schools, on the other hand, will expect their students to read and discuss up to a dozen books and approach the subject with a more serious intellectual intent. Unfortunately, this mostly happens in independent schools, and a few very aspirational state schools.

State schools are getting better at delivering on government objectives, which, at the moment, means demonstrating that education is a passport to social mobility, as measured through exam results and the universities and careers students go on to. We live in an era of high-stakes accountability, where exam grades, which should only be an indicator of student attainment, have become the sole focus. A culture of auditing, data collection and target-setting, introduced to improve accountability and education, is eroding real education.

At a time when our politicians tell us young people’s exam grades are the key to their life chances, the pressure on teachers to deliver the ‘right’ grade is huge. When teachers’ salaries are increasingly based on performance, the temptation to achieve the required grades becomes overwhelming. A culture of target-driven desperation now exists in schools, and teachers will do almost anything to keep the wolves from the door – including doctoring students’ coursework. This is not a marginal activity; it is endemic in many schools across the country. Exam boards know it, headteachers know it, and the educational establishment knows it. At a time when whistleblowing has become popular in many professions, it is notable by its absence in schools. The moral imperative is to not be found out.

We need an honest discussion about the impact of examinations on schools. We may laugh at the ridiculous way factories in the Soviet Union ‘met’ their targets, only for the Stalinists to trumpet their ‘record-breaking annual production targets’. Yet under Michael Gove and new education secretary Nicky Morgan’s watch, a similar farce has begun to play out in schools. I now think of Stalin every time the A-level and GCSE results are announced.

Accountability in education is no bad thing. Teachers who continue to perform poorly after being offered support should get the sack. However, the current obsession with exam grades, targets and league tables does not deliver real accountability. Instead, it distorts education. Politicians, and, indeed, some teachers, need to be reminded that exam results are not the most important thing about education. Education should not be about social mobility or achieving a certain exam grade to get a particular job. Rather, it is about producing well-rounded, autonomous young people, steeped in a body of knowledge, who are stimulated by ideas and curious about the world around them.

When education is reduced to the mastery of mark schemes or fiddling coursework, we should challenge it and shout loudly that the emperor has no clothes. Gove was right to have high aspirations for every child, but he never really won the argument for a liberal, knowledge-based education for all. Although Gove and his admirers used all the right rhetoric, the approach adopted by both the coalition and Conservative government has been the same as its predecessors. It’s a fairly simple formula that can be summed up as: let’s get better at getting state-school kids through exams. But this isn’t an education – it’s jumping through hoops.

Kevin Rooney is a teacher, writer and a member of the Institute of Ideas Education Forum. Kevin will be leading the discussion ‘Is teaching to the test cheating?’ at the next Education Forum meeting on Monday 21 September. For more information, contact Mark Taylor.