#Gamergate: taking on the new feminism

How a consumer movement became a battle against censorious feminists. 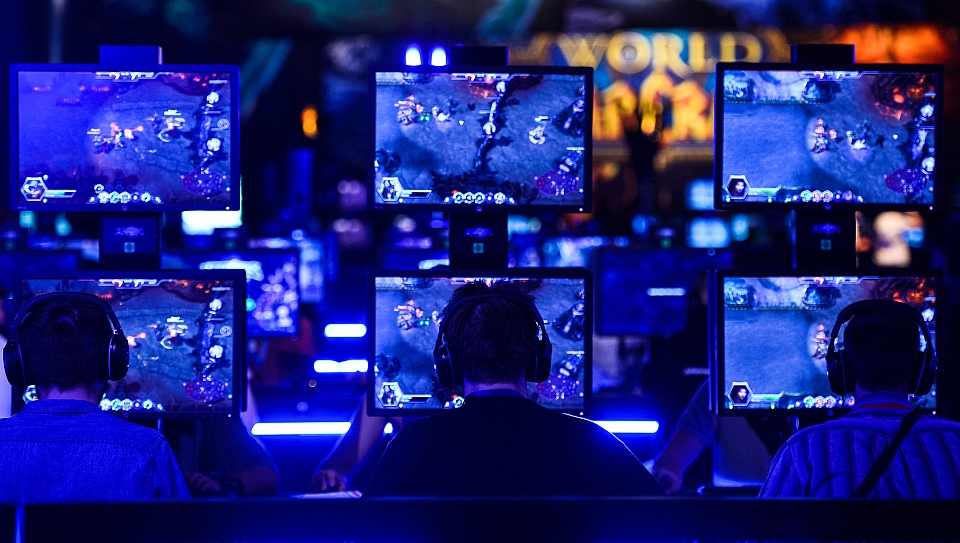 The scales tipping in the #Gamergate controversy, the consumer revolt against misconduct in the video-games press, are between freedom and control. Gamers want to maintain their creative rights; so-called third-wave feminists, like those following Anita Sarkeesian, are challenging them. At its heart, this is a battle about artistic freedom.

There is a predictable overlay to the controversy, and it concerns money. The gamers assert the conflict is about game reviewers more interested in logrolling than in producing honest reviews. It was triggered by a scorned lover, a man who outed his gamer girlfriend with details of their intimate life and accusations that she’d slept with journalists to promote her work. His post flung open the door to accusations of sexism, a door that Sarkeesian and her army of feminists were more than happy to walk through.

I spoke to three women gamers – a developer, a hobbyist and a journalist – and two themes emerged. The first was about industry-wide collusion between game developers and reviewers. All three felt betrayed when an underlying network of relationships was revealed, a betrayal that explains why the larger gaming community believes Sarkeesian and her colleagues at Feminist Frequency are colluding with developers, too – albeit with those amenable to their politics. It’s a theory Sarkeesian has mocked in her various media appearances, but is supported by the company she keeps.

The second theme concerns the misapplication of feminist paradigms in critiques of gaming and gamers. Sarkeesian’s tendency to cherry-pick evidence and use outdated games and theories was mentioned by all three women, as was her refusal to engage with critics. Comments are disabled on all of Sarkeesian’s videos, a strategy that has allowed her to herd all commentary to a limited number of sites, all of which provide donation options.

That Sarkeesian has raised $160,000 by doing this is both impressive and unfortunate. It’s a fair sum, but indicates her supporters are fine with low standards when it comes her work: Sarkeesian’s memes, which are intended to sound pithy, sound more like psychobabble and potentially harmful psychobabble at that. For example, she asserts mass shootings are the by-product of ‘toxic masculinity’ and touts feminism as the answer. Apparently, there’s no room in her world for mental illness, or oppression apart from sexism, especially if troubled young men are the ones suffering.

I heard Sarkeesian’s ideas being discussed by a group of her admirers, one of whom drew a startling correlation between her brother’s use of profanity and the 1989 shooting at the École Polytechnique in Montréal. She earnestly described the fear she and her mother felt when he swore at other players while playing online games. When I suggested there were some crucial differences between swearing and killing, she launched into a theory-laden defence of her position, and one her friends echoed. When I added that (shooter) Marc Lépine’s problem was not limited to women – he’d experienced racism and changed his name because of it – I was treated to a round of patronising smiles. It’s troubling when bright young women reject the challenge of complexity and a more nuanced version of events.

By contrast, #Gamergate supporters are gung-ho and have the potential to revolutionise arts journalism entirely. Jennifer Dawe, president of HappyUFO, believes Sarkeesian, a latecomer to the fray, is piggy-backing on the controversy, bringing misguided theories to the table and playing shock jock to gain notoriety and funding.

‘Emily’, a biotech researcher and gamer, points to problematic standards in academia, standards that demand the outcome of a study closely mirror the proposal that initiated it. Although Sarkeesian’s current work appears to be independent, Emily’s belief is that Sarkeesian herself is no longer convinced of her arguments, but that the money she’s collected, and the attention she’s received, make hers a difficult course to change. These observations are intriguing. Sarkeesian’s sloppy generalisations do suggest haphazardness and a lack of commitment.

(Interestingly, both Dawe and Emily are sanguine about the future of gaming, despite having experienced online harassment themselves. As far as I know, neither has contacted the police.)

The longest conversation I had was with Liana Kerzner, the Canadian gaming journalist at Metaleater. Unlike Dawe and Emily, she’s in the business of reviewing games and so is in the unique position of being a both a supporter and target of #Gamergate. As she explained the inner workings of #Gamergate, she carefully qualified her opinions, leaving me with the impression she takes even-handedness very seriously. That said, she’s been excoriated in the media by both sides, a regrettable state of affairs given her prodigious knowledge.

Kerzner’s criticism of Sarkeesian is mostly academic: she asserts that theoretical paradigms best suited to still photography and film are hopelessly dated, but that Sarkeesian and her supporters are using them anyway. Gamers themselves will tell you it’s the interactive aspect of gaming that draws them in, a reality borne out by the fact that developers study, in granular detail, the psychological hooks that keep players playing. They study narrative data about reactions and choices made by players; that is, they study how players respond to visual stimuli and make choices in real-time.

This lends elements of chance, choice and depth to videogames that are absent in images, moving or otherwise. The wrongheadedness of Sarkeesian’s approach becomes clear if you imagine this: you convene a focus group to evaluate a game. If focus-group participants haven’t actually played the game, the best they can do is evaluate the package. It’s that limited perspective that has serious gamers of both genders riled, not skimpy loincloths or subjectively determined depictions of misogyny.

It’s the verisimilitude of some games that has Sarkeesian and her supporters concerned, but they’re missing the point. These are not real worlds; they are realms that exist in the imaginations of game developers and the players who choose to enter. Moreover, there is no correlation between portrayals of violence and the incitement of it. We know because social scientists have been telling us this for years. But no matter, Sarkeesian is monopolising the spotlight and, like a magician, is misdirecting us, tricking us into not seeing the real problem.

And the real problem is that #Gamergaters want to root out the corruption in their industry’s journalism. It’s an admirable goal and if journalists and powerbrokers in other arts are concerned, perhaps they should be. As I listened to Dawe, Emily and Kerzner, it dawned on me that my world, the literary world, has its shifty characters, too.

It brought to mind a promise I made to myself, a few years ago, to avoid Booker-Prize-winning novels. That’s because the Booker is unofficially recognised as a consolation prize in literary circles, and for good reason. Most of its winners have not won for the quality of their winning novel: they’ve won as a nod to the body of their work or as a nod to their politically correct views. (Out of nine I’ve read, one was brilliant, four were pedestrian and four were too dull to finish.)

I’m not alone in my opinion of the Booker: those of us who appreciate good writing know that mixing art with politics is a dicey proposition even in capable hands, and that’s why the supporters of #Gamergate have the right idea. Importing any kind of politics into their art, including gender politics, may produce earnest and socially relevant games, but the real question is, will they be any good?

Internet gaming, and the level playing field it creates, is a model of democracy in its truest form and does not need the criticism of uninformed critics. And that’s because games do far more good than harm: although creators did not set out to be the world’s unofficial social workers, they’ve accomplished that by default. In the context of a game, playing catfish allows everyone to choose their avatar, choose who they want to be. This includes teenagers too shy to make friends, housebound adults too ill to socialise and mentally ill men and women too fragile to cultivate real-world friendships.

And, in the end, what is it that all gamers have in common? Just like football fans, it’s the love of a good game.