The myth of England’s miserable kids 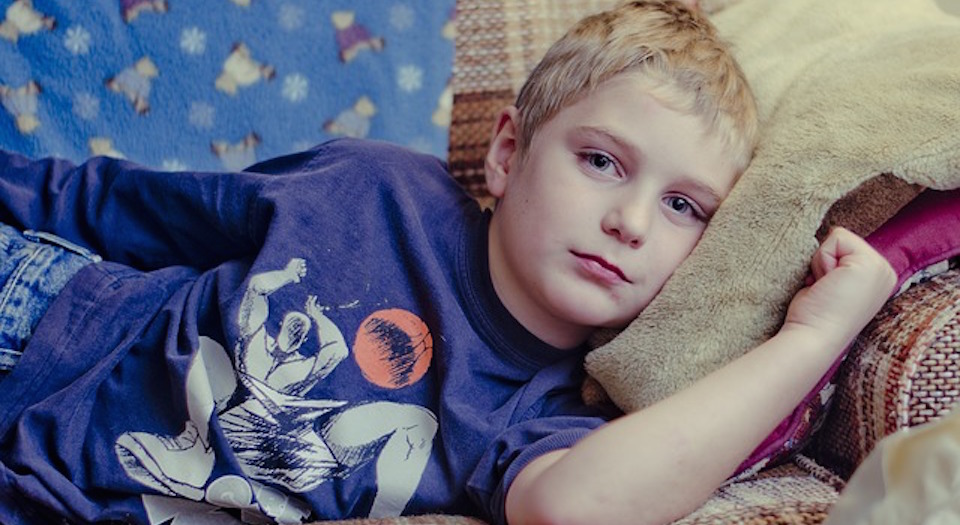 This week, the Children’s Society has published yet another report highlighting how bad it is to grow up in England. The Good Childhood Report 2015 has made headlines, with one newspaper warning that English children are ‘among the unhappiest in the world at school due to bullying’. But what the Children’s Society’s data actually show does not merit the dire reporting. So why the uncritical, hyperbolic coverage?

The Good Childhood Report 2015 starts with an outline of the research methods adopted, acknowledging that some may question whether it is ‘possible to use self-report survey questions to gather valid, reliable and stable data from children’. This is because ‘the concept of subjective wellbeing can seem rather abstract’, the report concedes, ‘it is understandable that people may have doubts about whether it is possible to gather meaningful information about it, from adults or children’. But, the report asserts, ‘there is now a substantial body of evidence to show that [it is possible]’. The Children’s Society boasts that it has ‘carried out national schools-based surveys’; ‘initiated a regular online survey of children and their parents’; and ‘undertaken wellbeing surveys and consultations in several different local authorities’. In total, around 60,000 children in the UK have participated in the research programme.

This all sounds very impressive. But how much insight can we really gain into the internal lives of children and young people from self-report questionnaires? The idea that there is a substantial body of evidence to confirm that ‘wellbeing’ can be measured is questionable. What ‘wellbeing’ means is subjective – what it means to one person may be very different to what it means to someone else. Also, any student who has done a research-methods class at school or university will know about the many limitations of surveys. So, not only is there the limitation of ‘social-desirability bias’ – even if it is an anonymous survey we tend to give answers that we think would put us in a good light – there is the more important question of what the answers mean. Surveys are cheap and far less time-consuming than other methods that may yield richer, deeper and more meaningful data.

If I were asked on a scale of one to 10 how happy I am with my life as a whole, I wouldn’t know what to answer. How can you reduce a question, such as satisfaction with your life, to a number? I would probably pick a number randomly. I am curious what a question like that would mean to a 10-year-old. In fact, I asked some 10-year-olds and they answered, ‘what do you mean?’.

Then there is the question of international comparisons. Ten and 12-year-olds were asked to rate on a scale of one to 10 how satisfied they were with their school experience. For 12-year-olds, Romania tops the satisfaction table with a mean rating of 8.9. Germany and South Korea are at the bottom with mean scores of 7.6. English children’s mean score was 8.0. What do these figures mean? We could speculate for hours: the figures could, for instance, indicate a cultural difference over whether it is ‘cool’ to say you like school or not. The most striking thing is how similar the figures actually are. Only if you rank the countries from lowest to highest do the differences appear stark.

This can then be spun to the press as English children being deeply unhappy. Matthew Reed, the chief executive of the Children’s Society, said, ‘It is deeply worrying that children in this country are so unhappy at school compared to other countries, and it is truly shocking that thousands of children are being physically and emotionally bullied, damaging their happiness. School should be a safe haven, not a battleground.’

This is not an argument against ever using surveys. Numbers can tell us something. But once you reduce psychological states to numbers, you lose depth, nuance and contradictions – in other words, insight. The fact that thousands more have been asked to fill out these surveys than previously does not make the data any more meaningful.

The Children’s Society states that a frequent response of English children to the question ‘what prevents a good life?’ is ‘bullying’. I am not surprised that children and young people may have raised bullying as an issue, as they are continually encouraged to understand hurtful experience through the prism of ‘bullying’. They may merely be expressing their feeling that relationships can be difficult.

Children and young people will inevitably feel satisfied with life, friends and family on some days, and find life a challenge on other days. Adult emotions may be less volatile than children’s, but we will also fluctuate when asked whether we ‘strongly agree’ that our friends ‘are a source of support’. Friends, family and intimate relationships can cause immense heartache. Friends can be brutally honest and force us to consider our faults. But our relationships with fellow humans can bring joy, pleasure, warmth, love, happiness – as well as emotional pain. That’s life.

We don’t always treat people as well as we wish we did. We sometimes take out our frustrations on those closest to us. But we can learn to make amends. We should aim to do the right thing in relationships with other people – treating them how we expect them to treat us. But what is ‘the right thing’? That is an ongoing struggle to work out.

For children and young people, relationships can cause heartache. Even the best of friendships will involve some conflict, hurt feelings, misunderstandings and feelings of betrayal. But through heartache, we strengthen our character, deepen our understanding of our emotions and other people.

Relationships are worth the heartache and pain. Not only because of the immense joy and pleasure we gain from relationships, but because it is our relationships with other people that give our lives meaning. The ‘anti-bullying’ script tells children that if they feel slighted and upset, it is because others – that is, ‘bullies’ – have done something wrong to them. Yet, most of the time, it is a two-way process, where both sides have to work out how to make amends.

That is not to argue that bullying does not exist. But feeling bad about something someone has done is not bullying. If society keeps going on about how dreadful and damaging bullying is, and the importance of children’s emotional wellbeing, we could end up in a situation where children interpret anything hurtful as ‘bullying’, and expect that it should be dealt with by someone in authority.

Focusing on a nebulous concept like wellbeing does not make sense. If children’s mean scores on these surveys were to rise from eight to nine, would that symbolise success? Who knows? How we raise the next generation is important. But the starting point should be what kind of society we want. What do we value? What is important in life? What is the meaning of life? These are questions philosophers have grappled with for centuries, and there are no easy answers. But the answer is not higher scores on wellbeing measures.

Helene Guldberg is author of Reclaiming Childhood: Freedom and Play in an Age of Fear, and Just Another Ape?. She is convening ‘Do anti-bullying policies build character?’ at the Battle of Ideas festival at the Barbican on 17-18 October. Visit her website here.