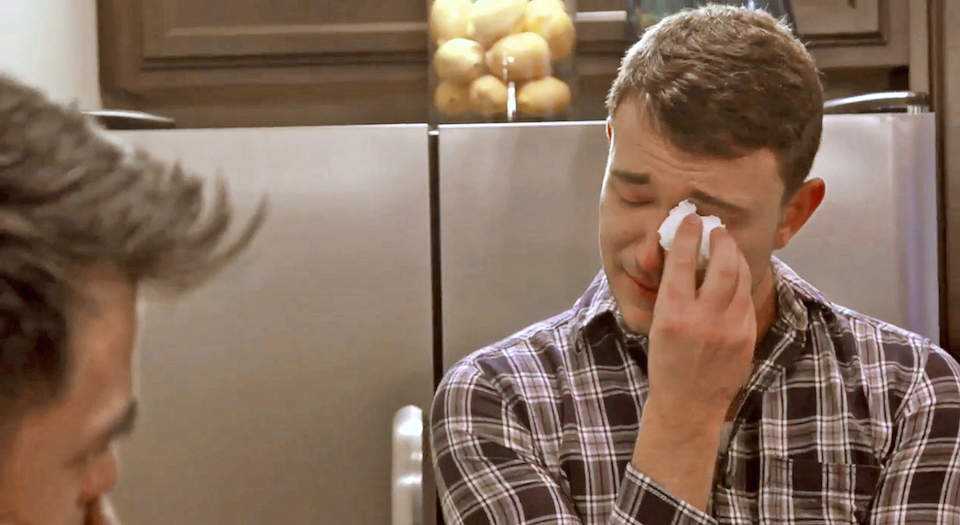 White People, a documentary by Jose Antonio Vargas, was aired on MTV on 22 July and has caused much controversy online. The documentary portrays itself as a race-driven discussion, focusing on the education of white people on issues of race.

What really ensues is a long, unproductive white-guilt fostering session, in which Vargas asks whites to acknowledge their privilege and accept the wrongdoings of their ancestors. Vargas even retweeted a description of his documentary that said its purpose was to ‘make white people very uncomfortable’. He’s clearly pretty happy with that take.

Critics argue that the documentary pushes an ‘us against them’ mentality. I can see why they would think that. The film encourages the idea that being white automatically puts you at an advantage over all other groups. At one point in the documentary, Vargas sounds almost excited when he presents statistics showing that America’s white population is declining.

Vargas strategically placed himself in environments where he would face little to no opposition to his narrative. The small sample group he brought in to be interviewed clearly felt they were in a biased setting, one which made them feel intimidated, hesitant to speak their minds. (I’d feel intimidated, too, if I were in a situation where I could be unfairly depicted as a racist in front of hundreds of thousands of people.) He also only cites studies that focus on the lack of white participation in the discussion of race. This sort of bias is not uncommon in documentaries. But that doesn’t make this approach okay or productive – certainly not when dealing with a delicate issue like race.

Deep down, we all know that not all whites are privileged; not all Hispanics are illegal immigrants; not all Asians are good at maths. Regardless of how acceptable or even statistically accurate a stereotype might be, to apply it to every individual in a group is harmful and ignorant – including when that group is ‘white people’.

Even if a person seems to fit into a racial stereotype, we still don’t know the full story about that individual. A rich white boy who appears to have all the privilege in the world might be facing frequent abuse. A young Asian girl who is good at maths could spend twice as much time studying as her peers do. An African-American man may be falsely accused and wrongly convicted for a crime. So we must even question supposed ‘confirmations’ of stereotypes, because every individual’s story is a complex one.

White People does not take this individualist approach, which is necessary for any nuanced, successful discussion of race; instead it makes sweeping generalisations, about all whites being privileged, through using comments and statistics that simply do not apply in every situation or across the board.

The new, sweeping racialisation of groups and individuals runs counter to Martin Luther King’s dream for his children, and for the rest of us – that they would ‘not be judged by the colour of their skin, but by the content of their character’.

This dream doesn’t say we should be completely ignorant of historical context, physical differences or statistical facts. However, it does suggest the ultimate judgement should be based on an individual’s character and story, not on generalisations about his or her race, or the wrongs committed by his or her ancestors, or on any physical differences.

If Vargas wanted to start a genuine discussion about race, rather than simply producing an edgy film to get clicks, he would surely have made a film on the human race and its profound complexities – not a documentary about black people, native people, Asian people, or White People.