Why Alice is still wonderful 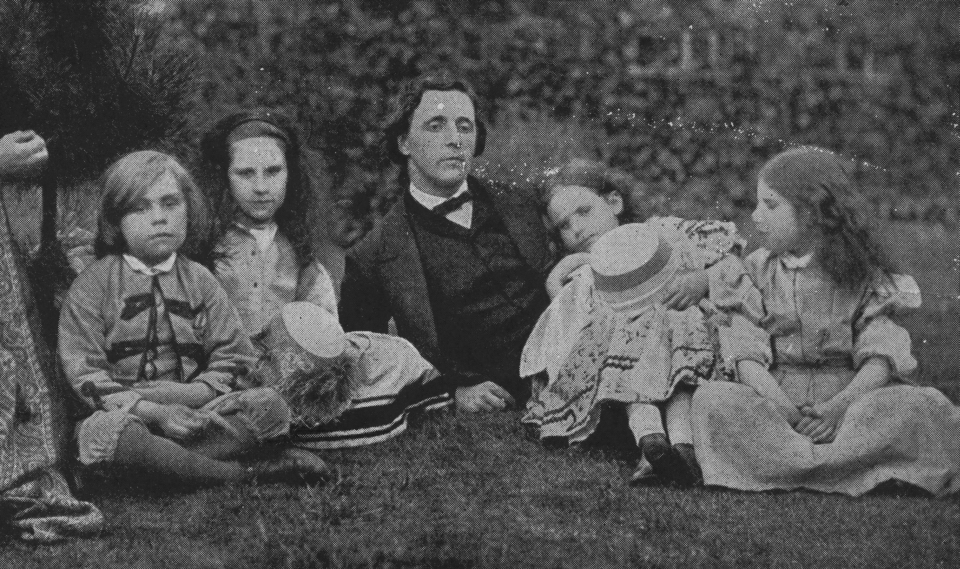 In July 1865, the Reverend Charles Lutwidge Dodgson, a mathematics lecturer at Christ Church, Oxford, published the first edition of Alice’s Adventures in Wonderland, under the pseudonym Lewis Carroll. An immediate critical and commercial success, the children’s story is today next, perhaps, only to religious works and Shakespeare in terms of how often it is quoted. Yet, in 2015, there is something curious about Alice in Wonderland, and its equally brilliant follow-up Through the Looking Glass, and what Alice Found There (1871). Popular and official interest in the 150th anniversary of Wonderland has been oddly subdued. There is simply no widespread celebration of Alice.

The diminution of Alice

After the brilliant American mathematician Martin Gardner first published The Annotated Alice in the US in 1960, Gardner’s biographical, literary and mathematical excursions fascinated many. Penguin put out an edition of his book on this side of the water in 1965, and it was widely bought. As a boy, I had a copy myself.

What attracted me wasn’t just the sense of possibility that the original Alice books conveyed, but also Gardner’s insightful detective work in both the arts and the sciences. In the modern, ‘definitive’, paperback edition of his guide, Gardner takes some time to describe some of the logical devices Carroll used; he also benefits from a wealth of clever comments and research sent in by readers of his earlier editions. To his credit, too, Gardner resists overblown psychoanalytical and allegorical interpretations of the Alice books, preferring to make smaller, more credible points about Carroll’s family and circle, his beloved Oxford (1), the poets he parodied and the physics and logic of the situations he created for Alice to deal with. Gardner is a prescient polymath, too: in his last annotation to the chapter on the Mad Hatter’s tea party, he notes that, as early as 1990, that riotous meal formed the basis for interactive computer games involving virtual reality. Finally Gardner recognises, quite rightly, that the Alice books are in the first place about nonsense, puns and laughter. Despite their appeal to adults, they are primarily for children.

Today things are rather different from the 1960s. We live in a world where different nanotechnologies work at scales still smaller than the 10 inches Alice shrinks down to early in Wonderland. It is also a world in which fresh estimates of the gargantuan extent of the universe make tiny the nine feet to which Alice quickly grows. Yet nowadays the literary milieu is not so awed by Carroll’s surreal juxtapositions of a young girl’s variable geometry (shutting and opening up ‘like a telescope’, as Alice puts it) with the more fixed dimensions of a table or a door. In the voluminous literature about Alice, of course, a few writers work hard at the mathematical or philosophical dimensions of the books; but still fewer can beat Gardner’s lofty straddling of the art/science divide.

Gardner published just after CP Snow’s 1959 protest, The Two Cultures. His book was a real celebration. In 2015, in Britain, by contrast, the BBC dumbed down the anniversary of Alice in the usual multicultural style, reviewing its popularity in Egypt, Russia and Bengali. And when real experts in Carroll pore over the latest issue of The Carrollian, the journal of Britain’s Lewis Carroll Society, they can only read one that is dated all the way back to 2010.

The society still holds events, and its American counterpart appears vibrant. Yet if London’s Metro newpaper has published ‘25 things you never knew about Alice’, that almost seems the most interested the media now is in Carroll’s achievement. It is true that the London Review of Books had an outing on him; but in the contemporary style, that mainly concerned itself with speculation about Carroll’s iffy relations with young girls. And the New York Review of Books? Nothing.

Why then is it still great fun to read the two Alice books? Carroll wrote in an article (‘“Alice” on the stage’, Theatre, April 1887) that his heroine, based on the young Alice Liddell, embodied youth, audacity, vigour and swift directness of purpose, and that she was in these regards the exact opposite of the timid and feeble White Rabbit. Alice was also, for Carroll, loving, gentle, courteous to all and wildly curious.

Yet these qualities are not the only reasons why Alice is a characterful and lovable child. She is also, in varying situations, savvy, rude, tearful, angry, frightened and uncomprehending. She is, in short, a real child, with her own views, and capable of creating her own world – just as the young hero does in another epic essay on growing up, Richard Linklater’s 2014 film Boyhood.

In the human autonomy he gives to Alice, Carroll creates a world apart both from previous Victorian stories for children, and from the holy vulnerability that British society, in 2015, likes to attach to children.

Gardner remarks that young Victorian readers of the two Alice books ‘were delighted to have some books without a pious moral’. Certainly many children’s fairytales published in Britain before Alice had a strong element of finger-wagging about them, in line with the detailed horrors that befell the baddies in them. While Michael Hearn observed back in 1988 that the dreamlike Alice books represent much more than the fairytales Carroll described them as, he noted, too, that, in the golden age of British fairytales that succeeded the coronation of Victoria in 1838, ‘[E]ven when not overtly moralising, these tales were always moral. Good always triumphed over evil in these optimistic fantasies.’ (2) Similarly, the Reverend Charles Kingsley, chaplain to Queen Victoria, Christian socialist and imperialist, published a full version of his reforming tract for children, The Water-Babies, A Fairytale for a Land Baby, just five months before Carroll.

Carroll was different. In a recent collection of Victorian fairytales, the writer and academic Michael Newton remarks in his introduction that, ‘The defenders of the fairytale, such as Coleridge, Dickens, Ruskin, Craik, Ewing and MacDonald, all saw it as a form implicitly moral, but spoilt by overt moralisation’ (3). Yet in the Alice books, Carroll avoided even implicit moralism: indeed, in Wonderland he ridicules the ugly Duchess for always telling Alice, ‘and the moral of that is…’.

By eschewing moralism, Carroll made sure that Alice never dates; for morals date. Alice is about universals, and works for all time. The feeling of being ordered about and having to repeat lessons, the crazy dance (in Wonderland, a quadrille, with lobsters as partners), the nonsensical trial – we have all been there, in reality or in our dreams.

Morton Cohen’s book, first published in 1995, is encyclopaedic about Carroll’s life, and is characteristically eloquent on his conception of the child. Cohen makes clear that while Carroll shared much of the Romanticism with which Blake, Coleridge and Wordsworth regarded the child, he qualified idealistic visions of children with key elements of realism that endeared themselves to young readers. Cohen writes, of Carroll’s achievement:

‘What, then, does it all add up to besides art? The more obvious [metaphor]… not much disguised, is the child’s plight in Victorian upper-class society… But that same metaphor goes far beyond Charles’s original purpose: it reaches beyond Victorian Oxford into the wide world. For Charles, intentionally or not, got at the universal essence of childhood and captured the disappointments, fears and bewilderment that all children encounter in the course of daily living. He wove fear, condescension, rejection and violence into the tales, and the children who read them feel their hearts beat faster and their skin tingle, not so much with excitement as with an uncanny recognition of themselves, of the hurdles they have confronted and had to overcome.’

The second, less obvious metaphor that Cohen ascribes to the Alice books is Carroll’s own life. The books ‘tell us that Charles must have stored up an amount of hostility as he grew up, at home, at school, and at Oxford… [H]e very likely smarted under innumerable commands from above, unreasoning and unreasonable… The bullying he witnessed, the knockabout games on the sporting fields, surely weighed upon him.’ This is possible, but may say more about contemporary visions of injured childhood than it does about the origins of Carroll’s taste for the absurd.

Society’s attitudes toward children now show few of the progressive traits that mark Carroll’s own treatment of the Victorian child. As Frank Furedi has pointed out, the vulnerable, risk-prone, pure, innocent, sacred child now has ‘pre-eminent moral status’ (4). In today’s atmosphere of paranoia about parenting, the scrapes and arguments Alice gets into would, if ever encountered in real life, be a perilous irresponsibility. Does the food in Wonderland add up to the politically correct ‘five-a-day’ fruit and vegetables both adults and especially children in the UK are now meant to eat? Not at all.

Thankfully, though, the books live on. Even now, Gardner’s compendium is in the top-8,000 best-selling books by Amazon.

Interest in Carroll also lives on; if anything, it is excessive. The man himself was long-haired, gloved, oddly dressed, partly deaf and – in the company of adults, though not that of children – an inveterate stutterer. A Tory royalist, he was a pamphleteer and an infighter in Oxford University politics. Carroll was a lifelong bachelor, and an amateur inventor, puppeteer and magician. He had a yen for games (especially croquet), gadgets, puzzles and his own origami. He was also pioneer in photography (5).

That he was ordained just before Christmas 1861, not long before the ‘golden afternoon’ on an Oxford boat that gave birth to Alice, makes it all the more remarkable that Carroll avoided any evangelical strain in his two books. Despite the era in which he wrote, despite even himself, Carroll’s work still enthralls.

The Annotated Alice: The Definitive Edition, by Lewis Carroll, is published by Penguin. (Order this book from Amazon(UK).)

Lewis Carroll: A Biography, by Morton N Cohen, is published by Penguin. (Order this book from Amazon(UK).)

(1) An excellent pictorial and photographic record of the Oxford dimension to Carroll and Alice is Alice’s adventures in Oxford, by Mavis Batey, Pitkin Pictorials, 1980

(4) Moral Crusades in an Age of Mistrust: the Jimmy Savile Scandal, by Frank Furedi, Palgrave, 2013, p46