The Women’s Equality Party: for ladies too nice for politics 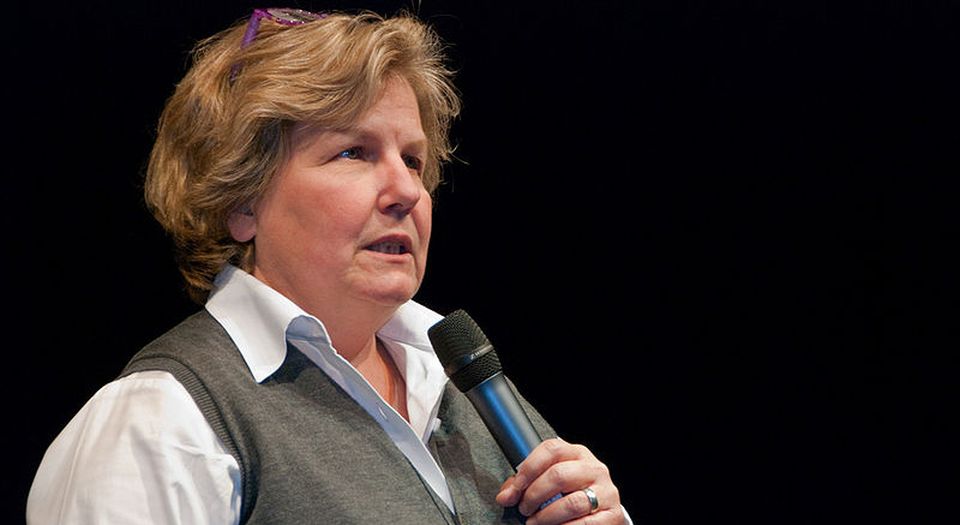 British politics got a bit more girly at the start of this week, with the official launch of the Women’s Equality Party. Garnering support with the versatile hashtag #WE, the party was pleased with the 1,000 supporters it gained during its first day. ‘If #WE’re honest, some of us are a little bit teary’, said a post on Facebook. For those not on social media, the Women’s Equality Party is a non-partisan party that campaigns against inequality for women ‘at home, at work, in politics and in public life’.

The party is currently fundraising and boasts some tempting offers in exchange for your cash – £250 will get you a copy of founding member Sandi Toksvig’s book, Girls are Best, while £5,000 will get you dinner with the author herself. However, the party does not seem to recognise its own contradictions. Not only is there a mismatch between the party’s appeals to radicalism and its knitting-circle vibe, cosy tweets and general air of loveliness, but the party’s slogan, ‘Equality for women isn’t a women’s issue’, also jars, given the party is being marketed solely at women.

On the surface, the Women’s Equality Party seems like nothing more than a politically correct sorority, with matching #WE phone stickers and smug grins. However, there is something very sinister about Toksvig’s project. Appearing on The One Show earlier this year, the former News Quiz presenter stated, ‘We’re not going to fight with each other. When you watch Prime Minister’s Questions, you’re sort of embarrassed. PMQs couldn’t be more bad-tempered if it was called PMT. It isn’t the way to get things done.’ If relating politics to periods wasn’t bad enough, Toksvig seems hell-bent on making clear that women are somehow not up to the cut and thrust of modern politics.

Let’s get one thing straight: this is not a party for all women, it is a party for media women. Both of its founding members, Toksvig and journalist-cum-royal-enthusiast Catherine Mayer, realised they shared an ‘appetite for change’ when they shared a platform at the Southbank Centre’s Women of the World Festival. The driving force behind this party is a feeling that politics is vulgar, but rather than do what people disgusted with politics used to do and vote Lib Dem, the commentariat is now taking to creating its own parties – just without the politics. When an organisation says it is non-partisan, what it really means is that it is non-committal. As Toksvig said when she unveiled the party’s new logo, ‘you can be Tory, you can be Labour – let’s all work together instead of fighting each other’.

This is the pinnacle of middle-class feminism, a club for women who want to jazz up their image with a little politics, darling. The party’s objectives state a desire for ‘women to enjoy the same rights and opportunities as men’, but, as Joanna Williams has pointed out on spiked, women, on the whole, already do. What is the point in creating a sisterhood of victims? The Women’s Equality Party is yet another sign that contemporary feminists are uncomfortable with the fact that women in the West are doing just fine, choosing instead to imagine women as helpless creatures in need of empowerment.

This otherwise laughable organisation is a prime example of the long-drawn depoliticisation of women in British politics. The celebration of Blair’s Babes, New Labour’s record-breaking number of female MPs after the 1997 election, spoke to a sense that female representation, in and of itself, was positive and would attract more female voters. During the recent General Election campaign, Labour MP and Blair Babe Harriet Harman released a fleet of Barbie buses to encourage women to vote. At no point did these efforts try to engage women about what they thought, instead they used pink-coloured ploys to try to make politics look a bit more female-friendly.

What’s more, while mumsy middle-class feminists may seem more agreeable than blue-haired campus radicals, they still attach themselves to trendy feminist campaigns, like educating men who think tampons are icky, banning adverts that tell us we shouldn’t have another tea cake and promoting a Mary Whitehouse attitude to sex. The hashtag used by the Women’s Equality Party is misleading; #WE really means #US – that is, the the feminist commentariat, which dictates what women should do and think.

It is time for women to take a stand and kill off feminism as we know it. It is the only thing truly holding women back in the West today, reducing us to little more than our biology. The ideas of individual autonomy and free thinking have taken a beating recently, with the surge of patronising identity politics that judges us all on appearance rather than substance. But enough is enough. Women, if you truly value your brains over your bodies, you should have nothing to do with this Twittersphere slumber party from hell.