Do it like a woman! You know, while crying…

Caroline Criado-Perez’s new book is obsessed with the weakness of womanhood. 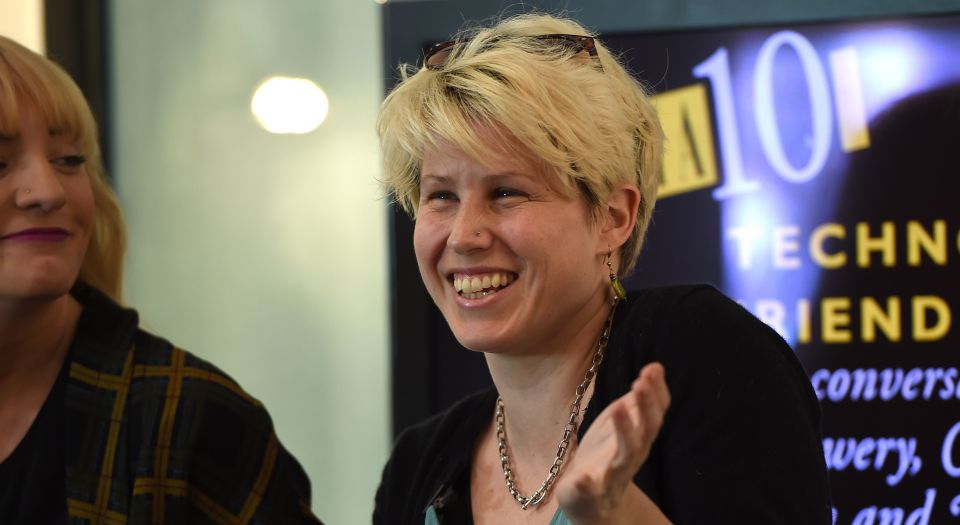 Last week, it was Caroline Criado-Perez’s birthday, and all she wanted was ‘for patriarchy to end’. Instead, she received an OBE from the Queen, which she gladly accepted. So much for her radicalism.

Famous online for campaigning against gendered products, sexist bank notes and un-inclusive radio shows, Criado-Perez has become a well-known representative of contemporary feminism. Amid a taxing schedule of patriarchy-smashing and boosting female confidence, her first book, Do it Like a Woman, was published earlier this year, aimed at reinventing ‘what it means to “do it” while being female’.

Readers who expect handy tips for ladies in the bedroom will be disappointed. Unlike her contemporaries Lena Dunham and Laurie Penny, all the doing in Criado-Perez’s book remains rather PG-rated, with no drunken anecdotes or regrettable encounters. Do it Like a Woman is a collection of interviews with different women who have all done, said or thought something of significance. Containing stories of explorers, poets, activists and writers, Criado-Perez’s book presents itself as a kind of encyclopaedia of female success, a call for the recognition of female achievement.

However, rather than celebrate the cool stuff these women have done, Do it Like a Woman focuses instead on the emotional difficulty, suffering and hardship they’ve supposedly faced. The real point of her book, then, is not to inform us of the achievements of strong women; it’s to insist that all women, even the best among us, are in some way weak.

The women of Do it Like a Woman seem to be an interesting bunch: some have great achievements under their belt; some have overcome adverse circumstances; and some just sound a little bolshie. However, you can’t help but feel that Criado-Perez is trying to drag something extra out of these stories. In the first chapter, she talks to Felicity Aston, an explorer who trekked across Antarctica alone and wrote about it in Alone in Antarctica, published last year. But rather than focus on the interesting details of Aston’s great adventure, Criado-Perez delights in focusing on the explorer’s emotions. Apparently, Aston shed a few tears during her exploration. I mean, if you were alone, cold and in the middle of nowhere, wouldn’t you? But Criado-Perez reads this as a deep insight into the female psyche. Criado-Perez then proceeds to liken patriarchy to the system of control in the The Matrix: ‘[Patriarchy] can make you desperate… that’s how it was for me anyway; and it’s how it seems to have been for Felicity.’ By speaking on behalf of her interviewee in this way, Criado-Perez reveals her burning desire to be the voice of vulnerable women.

As the book progresses, it becomes apparent that Criado-Perez takes a kind of twisted delight in claiming stories of hardship as her own. Presumably this is because it allows her to combat her own mortification at being a white, privileged woman, who is therefore incapable of speaking without some reference to ‘oppression’. Criado-Perez tries to draw comparisons between herself and her subjects in an embarrassing, creepy and egotistical style. Everything she hears from her interviewees is ‘in a manner that I recognise from my childhood’ or reminds her of something that happened to ‘me personally’. This is most excruciatingly depicted in an interview with Karen, an engineer who spends her free time counting the number of women killed in the UK each year. Criado-Perez focuses on Karen’s background and decides that her aversion to feminism as a young woman was ‘because of class’. Karen’s working-class background had made her instinctively less ambitious, primarily, Criado-Perez claims, due to a neglectful family that never had ‘a political debate about ideas’ around the kitchen table. Here, not only is Criado-Perez revealing a deeply anti-working-class sentiment, she is also revealing her own obsession with identity and emotion.

As with many recent feminist texts, Do it Like a Woman is intrinsically contradictory. Claiming to want to celebrate women for moving past gender, Perez’s book remains caught up with defining women as intrinsically different to men. This can’t be in terms of inequality; as Brendan O’Neill pointed out in his recent spiked essay on feminism, Western women are doing just fine. The drive among feminists to come up with the most shocking stats, to write about the most horrific stories and endlessly claim that women are suffering under an epidemic of oppression is therefore not based on fact, but on a desire to present women as victims.

The feminist self-help book has replaced the glossy magazine. What was previously the role of publications like Cosmo – telling women what to do, how to dress, what weight they should be, what sex is bad and how to feel – has been taken over by popular feminist book titles. Caitlin Moran has produced two such handy guides – How to be a Woman, followed by How to Build a Girl. Lena Dunham recently taught us how to make sure we, like her, can be Not That Kind of Girl. And Laurie Penny recently informed us of all the Unspeakable Things we really should be talking about. At least Cosmo occasionally gives good advice. These books, full of teenage angst, tears and tantrums, only encourage women to express their vulnerability, in all its PMT glory, as a way of standing up to sexism in society. Feminists like Criado-Perez gorge themselves on endless gruesome and miserable stories in an attempt to shock their readers into believing in a false epidemic of sexism.

Criado-Perez is wrong, we’re not living in a Matrix-style patriarchy, but we are living in a political climate in which right-on, metropolitan-class political trends are increasingly powerful. The central force behind contemporary feminism is the desire to be nice to women. This is not a radical or world-changing idea. It doesn’t seek to better society, but instead focuses on sanitising the world in order to make it a bouncier, ‘safer’ place. The writers of these awful books seem to have lost all of their self-awareness in their desire to yak on about themselves. This is indicative of the self-reflexive nature of the political arguments used by feminists: all opinions are based on personal experience, therefore Criado-Perez, while attempting to write a book about the lives of other women, has only succeeded in writing a book about herself.

These books, though not that widely read, are increasingly finding favour with young women who perhaps want something a little edgier than Cosmo in their handbag. However, the content of books like Do it Like a Woman is just as patronising, egotistical and trashy. All these books lack are the free samples of moisturiser.

The problem is that authors like Moran, Dunham, Penny and Criado-Perez are actually described as voices of their generation. In reality, all they are is right-on. Contemporary feminists, creating fictional problems for women through inaccurate stats and fearmongering politics, are a real pain in the modern woman’s arse. We don’t need your help and we certainly don’t need your books.

Do it Like a Woman, by Caroline Criado-Perez, is published by Portobello Books. (Order this book from Amazon(UK).)