An insider’s elegy to human rights

Francesca Klug’s new book offers an insight into why the human-rights project has failed to garner public support. 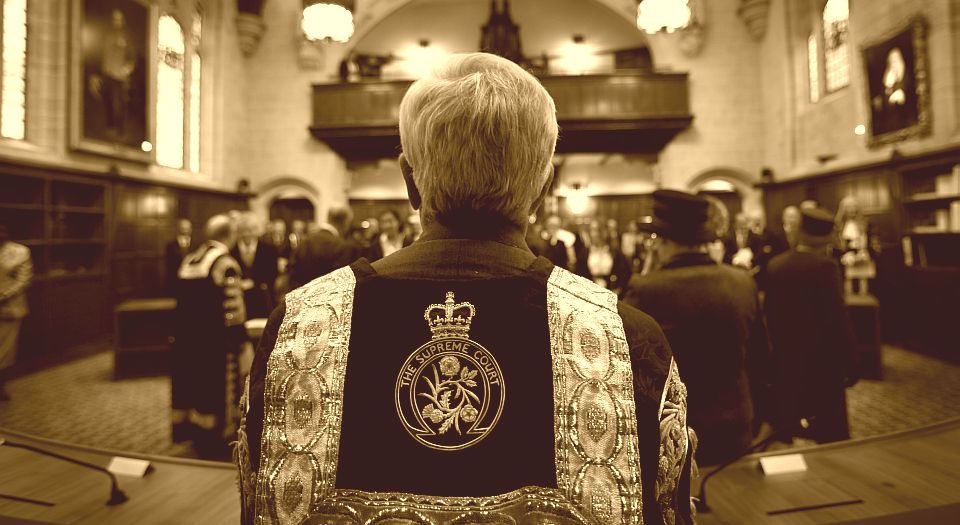 Nothing captures the spirit of the Enlightenment better than John Locke’s view that ‘reason… teaches all mankind… no one ought to harm another in his life, health, liberty, or possessions’. Just as Galileo used reason to explain that the Earth orbited the sun, so Locke used reason to explain that the good society could be trusted to a mankind that had rediscovered the power of rational thought.

For well over 300 years, a belief in reason as the motor of human progress has been a hallmark of Western society. But, in recent years, the power of reason has been challenged by a discourse that celebrates not reason and rationality but empathy and compassion. This challenge to reason is a hallmark of the human-rights movement. The new book from Francesca Klug, A Magna Carta for All Humanity: Homing in on Human Rights, is revealing in this regard.

As a driving force behind the UK’s 1998 Human Rights Act, Klug became a government advisor, overseeing its implementation, and subsequently became a commissioner with the Equality and Human Rights Commission. In her book, she explores the human-rights project with the insight of an insider.

Klug’s great insight is in debunking what she notes ‘is frequently presumed’ about the human-rights discourse, namely that it is a modern-day development of the belief in the Enlightenment conception of reason. Klug states starkly that the ‘kernel of my argument is that postwar human rights should not be understood as a straightforward continuation of the Enlightenment project of universalising a Western preoccupation with rationality’. In place of this ‘preoccupation with rationality’, she argues that our ‘essential nature as human beings is rooted in two elements… our ability to think and reason in the classical Enlightenment mould, but also our capacity to feel and care, to feel empathy’. Klug posits ‘to suffer with’ as a working definition of empathy.

Of these two elements, reason and empathy, Klug considers reason to be problematic. The problem with reason, argues Klug, is that it ‘alone does not allow human beings to discover what is “right” and “wrong”’. Right and wrong can, however, be discovered when reason is ‘aligned with the human conscience’, she says. For conscience gives us ‘compassion, empathy and the capacity to care about the fate of those you do not know, or cannot even imagine being in a similar situation to you’. Klug claims that humanity’s ability to empathise ‘underlines the whole enterprise’ of human rights.

The logic of Klug’s argument is that an attempt by humanity to reason its way to a better society is doomed. The clear message here is that the Enlightenment approach of problem-solving by applying reason will fail. Humanity’s only hope is to sideline reason in favour of the sort of empathetic approach championed by the human-rights discourse.

Klug’s insight about the centrality of empathy to the human-rights project explains why so many human-rights decisions are resolved in court in favour of the victim. For, as Klug points out, ‘those who have benefited most from the Human Rights Act are… child victims of trafficking, women subjected to sexual violence, prisoners who have died in custody and those with vulnerabilities’. At an emotional level, who couldn’t empathise with trafficked children, sexually abused women, dead prisoners or indeed anyone considered vulnerable?

Nowadays, judges operating under the human-rights discourse are expected to empathise with victims and declare the victims’ pain to have been a breach of their human rights. In earlier eras, Enlightened thinking dominated policymaking. This was particularly the case in law, which, since Ancient Greece, had followed Aristotle’s view that ‘the law is reason, free from passion’. But, in the hands of human-rights advocates, reason is mere putty to be shaped as emotion requires. Klug quotes her academic colleague at the London School of Economics, Professor Conor Gearty, in claiming that ‘we start with feelings and end with reason, rather than the other way round’. This aptly describes how human-rights advocates see the relationship between reason and emotion: first, you feel and then you develop reasons to justify those feelings. Whereas Enlightened thinkers deploy reason in an objective way to get at the truth, human-rights advocates deploy reason to justify their emotional responses.

In fact, Klug develops her argument to the next logical stage, which is summed up by what she describes as the welcome drift from truth to discovery. In place of observing truth, which connotes objectivity and rationality, Klug says we ‘simply need imagination’.

So Klug has laid bare the essence of the human-rights discourse. Human-rights advocates seek to discover victims with whom they can empathise. Having found them – and those who seek will always find – a little imagination can readily turn this ‘suffering with’ victims into a human right enforced by the law. Putting it simply, the discovery of human rights can be summed up as a logical progression through three words: victims, empathy and law.

Klug is explicit in stating that the rational attempt to prove human rights is ‘a fruitless task’. For Klug, the challenge is (her emphasis) ‘doing human rights’. The practice, rather than the theory, of human rights is what matters. This is entirely appropriate for a discourse that expects its practitioners to use their hearts rather than their minds.

Klug’s analysis is spot on, and it provides the basis for understanding many features of the human-rights discourse: that it is an approach based on empathy rather than reason; that it focuses on victims, rather than any broader sense of social needs; its elite nature (dominated by lawyers) and lack of popular support; and its preference for a court of law over a court of public opinion. And, lest anyone doubt the elite nature of this project, Klug herself notes that the campaign to pass the Human Rights Act was mounted ‘by radical lawyers and civil-rights groups, which was, generally speaking, lost on the rest of the population’.

The high-water mark for the human-rights movement came when the Human Rights Act was passed in 1998. What’s happened since then shows that a movement based on emotion rather than reason cannot succeed. This is clear from Klug’s book, which contains none of the optimism of her writing in the wake of the Human Rights Act’s passing. In her 2000 book, Values for a Godless Age, she claimed that human rights were ‘a new zeitgeist’.

After 15 years of doing human rights, Klug says that Values for a Godless Age had ‘the worst judged title in history’. Suggesting that human rights might have a universal and secular appeal, and hence have something in common with the Enlightenment, was inappropriate ‘for a diverse society’, she reflects. In 2015, apparently, the human-rights project needs to draw on ‘insights that have guided the great religions’. Yet, despite seeking to bolster her project with the politics of diversity and religion, Klug recognises that, today, the anti-human-rights rhetoric ‘brooks relatively few opponents and a potentially growing number of supporters’. In just over a decade, the human-rights ideal has, as Klug candidly reveals, ‘rapidly descended from an idea whose time had come to an ideal routinely deprecated both domestically and internationally’.

Even the title of this book reflects the loss of confidence of the contemporary human-rights movement. By linking human rights to Magna Carta, Klug is hoping that the moral authority of 800 years of history can bolster the human-rights project. But she conveniently forgets that it was during the Enlightenment – when parliamentarians were seeking to curtail the power of Stuart kings in the seventeenth century – that Magna Carta was given the moral force that it retains to this day. The philosophical zeitgeist of the age that produced Magna Carta was liberty based on reason, not legal protection based on emotion.

The uncomfortable truth that the human-rights movement cannot address is that a movement based on emotion can never win arguments. Its constituency will always be limited to those (often lawyers and campaigners) who see empathy as a basis for laying down the law. As Klug observes, the European Court of Human Rights, the Strasbourg-based court that has proved so unpopular, ‘is not much sturdier than a straw dwelling, and it would only take one lone wolf to blow the house down’. That fatal blow, not just to the Strasbourg court, but to the whole human-rights project is probably further off than Klug fears. But, if society can only regain its faith in Enlightened thinking, then it will be easy, not just for a lone wolf to blow down the house of human rights, but for the whole of humanity to do it together.

Jon Holbrook is a barrister based in London. He was shortlisted for the Legal Journalism prize at the Halsbury Legal Awards 2014. He is speaking at the City of London Festival debate, All Rise! Do Judges Have Too Much Power?, at the Old Bailey on Tuesday 23 June at 6.30pm. Get your tickets here. Follow him on Twitter: @JonHolb

A Magna Carta for All Humanity: Homing in on Human Rights, by Francesca Klug, is published by Routledge. (Order this book from Amazon(UK).)