The Dolezal story exposes the disturbing influence of identity politics. 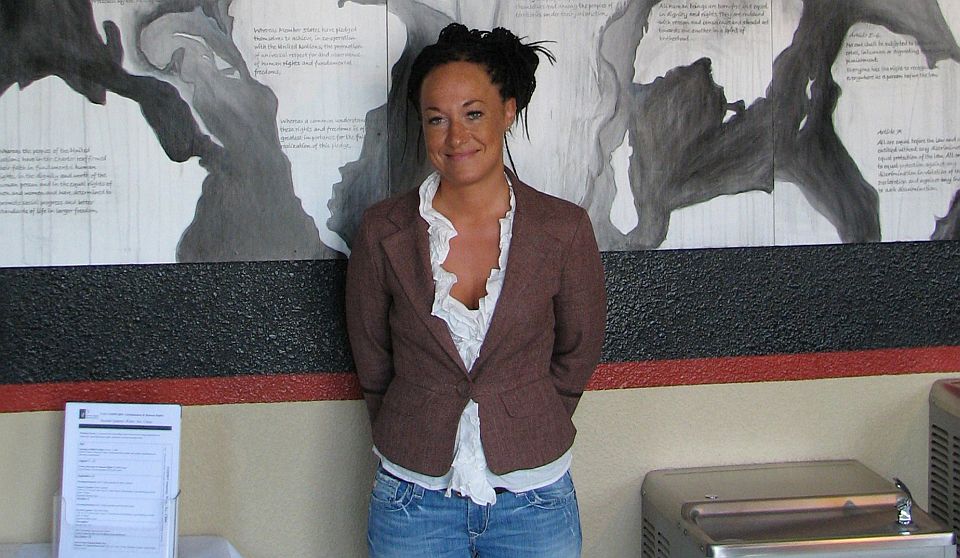 There is a long tradition in the US, from the days of slavery onwards, of blacks ‘passing’ as whites in order to elude discrimination. But the other way around? Not so much. Sure, white rappers may, as some say, ‘act black’, but they don’t actually claim to be black.

That’s what makes the case of Rachel Dolezal so unusual. Dolezal, the president, until she resigned on Monday, of the National Association for the Advancement of Colored People (NAACP) in Spokane, Washington, and a professor of Africana Studies, had for years managed to fool many into thinking she was of black heritage – that was until last week, when her parents told reporters that she is white.

It is easy to treat Dolezal as a bizarre, one-off story about a deluded woman. But her strange case makes perfect sense when you consider our society’s elevation of victimhood and promotion of identity politics, especially within Dolezal’s worlds of activism and academia.

Indeed, what was most revealing about Dolezal’s story was how she felt compelled to invent claims of persecution. In her ploy to appear black, Dolezal did not limit herself to pretending to have a black father, undergoing changes in appearance (spray-on tan, African-style hair-dos) and adopting African-American-studies jargon (‘her scholarly research focuses on the intersection of race, gender and class in the contemporary diaspora with a specific emphasis on black women in visual culture’). No, Dolezal went further and put forward elaborate tales of how she was victimised.

Dolezal claimed she was repeatedly abused by her parents. She said they had moved to South Africa, where her mother and ‘stepfather’ beat her and her siblings. Her parents would use a ‘baboon whip’, used to ward off baboons in South Africa, and ‘pretty similar to what was used as whips during slavery’. But her parents and brothers say she has never been to South Africa, and there were no beatings.
Dolezal has also claimed that she has been the victim of hate crimes. Her academic profile cites ‘at least eight documented hate crimes’ targeting her, as if they were achievements or credentials. Idaho white supremacists ‘hung nooses at her home’, she alleged; it turned out the rope was for hanging a deer, left by the prior owner. More recently, she claimed she received hate mail, but police have indicated that she most likely sent it herself.

It seems pretty clear that Dolezal was looking for more than an edge in her career. She was seeking the broader validation and prestige that comes with victim status. As Dolezal’s brother Ezra, who rejects her claims, says, ‘She made herself into a martyr on purpose for people to feel sorry for her and to help her’. She must have known that if she presented herself as a victimised black woman, she would gain a sympathetic hearing. In our society today, there’s none more ‘authentic’ than a victim or a martyr.

Many of the details of Dolezal’s story are unique, but she is not the only one in recent years who has gone to great lengths, including lying, to try to obtain social cachet by playing up victimhood. Creating fake hate-crime attacks was once almost unheard of; now, it’s increasingly common. Often these made-up attacks occur on the most ‘progressive’ US college campuses. In 2013, Oberlin College shut down classes after a series of purported race crimes – anti-black graffiti, swastikas, a figure appearing in a KKK hood – only for it to be revealed that the perpetrators were Obama-supporting, Democrat students.

Dolezal’s mythmaking is very close in spirit to the fake memoirs that have proliferated in recent years. Like James Frey’s A Million Little Pieces, her narrative is shot through with misery. Like Binjamin Wilkomirski’s Fragments: Memories of a Wartime Childhood, in which he claimed he was a Holocaust survivor, Dolezal emphasises how she has survived many evils, including the legacy of slavery. We have also heard stories of people who have sought to attach themselves to someone else’s tragedy. For instance, Dolezal’s contrivance is reminiscent of those who falsely claimed to have survived 9/11, or to have lost loved ones in that attack.

When victimhood is a way to obtain status, self-declared victims will emerge from everywhere, and that’s what we’ve seen. And nowhere is this trend more evident than in activism and academia – that is, the circles in which Dolezal operated. In these worlds, victims are endowed with higher status. As Fredrik deBoer, an academic and blogger, writes: ‘The notion of black people generally and black women specifically as inherently more authentic, more wise, or more connected to nature are alive and well in many academic and activist contexts.’

In Dolezal’s milieu, identity politics dominates. Accordingly, what matters is where you come from, your biological characteristics, what you have no choice over. You are defined by your assigned group, and individuals can only be mouthpieces for that group. That prevalent phrase, ‘check your privilege’, is all about telling certain people (the supposedly privileged) to shut up, and elevating supposedly subordinate groups (blacks, women, gays, etc). As Cathy Young notes, today’s social-justice ideology is ‘a reverse caste system in which a person’s status and worth depends entirely on their perceived oppression and disadvantage’.

Following the ‘outing’ of Dolezal, several academics have said they don’t understand why she went as far as she did, when she could have remained white and continued her work. But that is disingenuous. In a climate dominated by identity politics, no one dares to speak for others without risking being hysterically denounced. As I noted previously on spiked, today’s new race activists are promoting separation on the basis of race, telling whites to stay away or to go to the back of protests. This is in stark contrast to the 1960s civil rights movement, which welcomed rather than demonised white people. In today’s race-conscious activism, the best a white person can be is an ‘ally’, which denotes a distinctly inferior status. The only acceptable reaction is to admit white guilt, to accept that you must shut up, and to abase one’s self.

And when it comes to self-loathing, it is noteworthy that Dolezal made many strident anti-white declarations. She told her brother Izaiah (and presumably others) that all white people were racists. In an interview with the New York Times, she said she would be ‘nervous’ about going to a Tea Party rally, because of the ‘all-white crowds’. She gave advice to black people attending the movie 12 Years a Slave: ‘sit in the top, back row’ to avoid hostility from white audience members. This is not the behaviour of someone black; it is the behaviour of someone trying to prove themselves in a politically correct world.

Given that in her circles it was problematic to be white, it is not surprising that Dolezal would want to switch sides in order to be taken more seriously. Identity politics puts people in neat boxes – you are your demographic. In that stifling world, you can imagine that Dolezal might think the only way to escape was to jump out of one box and into another.

Indeed, in response to Dolezal’s exposure as white, many on the liberal left are doubling down on identity politics. They accuse her of ‘cultural appropriation’, like an extreme version of female rapper Iggy Azalea. She is told there is no ‘get out of white privilege’ card. Indeed, choosing to self-identify as black is ‘a glaring example of white privilege in action’, according to some race activists. She should know her place, get back in her box.

But that response would be to draw the wrong lesson. The Dolezal case reveals how backward and limiting identity politics is, and how we need to get away from it entirely. For years, the politically correct have debated ‘intersectionality’ and ‘hierarchies of oppression’, and the last thing we need now is for wider society to get sucked down that rabbit hole.

Rachel Dolezal is probably a disturbed person, but she is a product of a disturbed society – a world that praises victimhood over autonomy, and creates divisions and hierarchies in the name of equality. Her story is pure bullshit, but its exposure as fraud has revealed a truth: that your character and your beliefs should matter more than your skin colour and background.