Exploding the myth of radicalisation

Blaming some young Brits' attraction to ISIS on online grooming is a fudge. 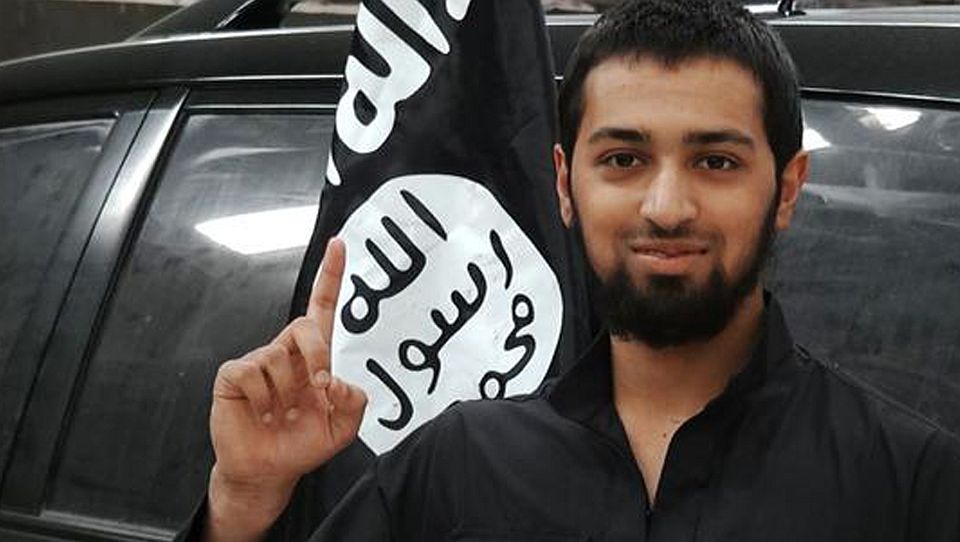 Reports that three sisters from Bradford and their nine children are on their way to Syria show that British Muslims inspired to make the journey potentially to join the Islamic State are no longer unusual or unique individuals. Likewise, the response to the reports shows how bewildered and confused many now are when confronted with the so-called radicalisation of fellow members of society.

The very language used to discuss the sisters’ preference for life in Syria over life in Britain betrays a complete lack of comprehension of the social and cultural dynamics at work. Bradford West MP Naz Shah, who spoke with the families of the sisters, stated, ‘I asked them if there was any indication [as to what the sisters were planning to do], and they said, absolutely not – it was a shock to them, it came out of the blue’. That it always comes ‘out of the blue’ is testimony to a failure to understand the cultural chasm that separates the world of many young Muslims from mainstream society.

Others report that the women came from a ‘hardworking’ and ‘respectable’ family. Yet young people going to Syria invariably come from normal families. The fact that the parents’ respectability is remarked upon at all shows that commentators are fixated on a non-existent pathology.

Since the London 7/7 bombings in July 2005, the issue of ‘homegrown terrorism’ has been discussed as if it was an incomprehensible and irrational phenomenon. I still recall a lecture given in 2007 by Peter Clarke, who was then head of S015, the Metropolitan Police’s counterterrorism team: ‘Of all the things I have seen over the past few years, one of the most worrying has been the speed and apparent ease with which young men can be turned into suicide terrorists, prepared to kill themselves and hundreds of others.’ (1)

What Clarke identified was a symptom of a far more profound and difficult problem. Young people do not turn into suicide bombers overnight or ‘out of the blue’, unless they can draw on cultural and political resources that affirm their decision. They draw support for their conviction that theirs is a cause worth fighting for from their everyday experience.

The impulse driving the radicalisation of young Muslims can only be grasped if the main myths surrounding it are exposed to rational scrutiny.

The myth of sudden radicalisation

People do not become suicide bombers overnight. Nor does a decision to travel to Syria, for instance, ‘come out of the blue’. Such actions require careful planning and are often born of reflection and deliberation. Sometimes young people do act impulsively and without thought. But they still make such hasty decisions on the basis of ideals and norms that are integral to their everyday culture or, more often, their subculture.

The focus on sudden radicalisation presents extreme and militant behaviour as a distinct and stand-alone experience, unconnected to everyday life. But this obscures the reality of radicalisation. It is precisely everyday life and everyday ideas that influence the thinking of those young people disposed towards embracing a jihadist subculture.

So instead of concentrating on sudden radicalisation, it would be far more productive to focus on the gradual consolidation of a worldview that transforms jihadism into an inspiring and morally superior alternative to the way of life of wider society.

The myth of vulnerability

Policymakers and the media continually refer to young Muslims as ‘vulnerable to radicalisation’. The term ‘vulnerability’ suggests passivity, powerlessness and gullibility. It suggests, in short, that those called vulnerable lack the intellectual resources necessary to cope with challenges. No doubt there are some weak and confused individuals drawn towards the jihadist subculture. But the reality is that most people who travel to Syria, for example, do so because they are inspired by a cause they believe is worth fighting for. Often such individuals show a capacity for planning, dissimulation, inventiveness and, above all, initiative.

The idea of vulnerability invokes individual characteristics that are often the very opposite to those actually possessed by people making the risky voyage to the Middle East. Contrary to the myth of vulnerability, these young people are – albeit misguidedly – attempting to exercise a measure of agency over their life.

The myth of grooming

Anglo-American societies have become so obsessed with child protection that they often interpret a variety of social problems through the prism of paedophilia. The idea of online grooming, for instance, has mutated into a fantasy used to explain every disturbing example of homegrown jihadism. The model of perfidious groomers seducing otherwise innocent young Muslims turns what is a struggle of ideas, a battle between ways of life, into a malevolent act of deception.

No doubt there are some clever online jihadists who are good at attracting the attention of would-be supporters. However, no one is forcing people to go online or to enter chatrooms or visit jihadist websites. Most of the time, it is the so-called vulnerable youth who, in the process of searching for answers, actively look for the ‘groomers’.

In any case, the claim that online radicalisation is responsible for the uptick in young jihadist recruits overlooks the fact that radical Islamists are actively promoting their ideals in the offline world.

The myth of the young victims

When it was revealed over the weekend that 17-year-old Talha Asmal had become Britain’s youngest suicide bomber, many reports suggested that he was a ‘victim’ of ruthless online groomers. His family described him as ‘loving, kind, caring and affable’. The obsession with representing young ‘vulnerable’ suicide bombers as victims is related to the association of the act of radicalisation with vulnerability. The irrational connection of an act of terrorism to the status of victimhood is so deeply entrenched that the British media have little interest in the real victims in this drama – the people that were maimed and killed by this ‘caring and affable’ 17-year-old.

In a perverse twist, the representation of radicalisation as an act analogous to victimisation serves to legitimise the behaviour of those who opt to join the jihadist cause. Inadvertently, the ‘don’t blame the victim’ culture lurks in the background of the discussion of radicalisation.

Radicalisation is only a part of the story

In reality, the term radicalisation captures only part of the story. The sentiments and behaviours associated with radicalisation are more accurately expressed through terms like ‘alienation’ and ‘estrangement’. The sense of estrangement from, and resentment towards, society is logically prior to the radicalising message internalised by individuals. In Europe, the embrace of a radical Islamist ideology is preceded by a rejection of society’s Western culture. Invariably, such a rejection on the part of young jihadists also reflects a generational reaction against the behaviour and way of life of their parents.

This double alienation – from parent and society – is not unconnected to normal forms of generational estrangement. What we see here is a variant form of the generational gap, except that, in this instance, it has unusual and potentially very destructive consequences.

The embrace of radical Islam is underpinned by a twofold process: an attraction to new ideas and alternative ways of life, and a rejection of the status quo. The radicalisation thesis, however, one-sidedly emphasises the so-called groomers’ powers of attraction. From this standpoint, the problem is reduced to the threat posed to the supposedly vulnerable by radical groups lurking in the shadowy world of the internet and secret prayer meetings. Yet the real problem is that a significant number of young Muslims have already rejected the cultural values and norms of the society in which they live. It is young Muslims’ rejection of European societies that motivates people to search for a meaningful cause to fight for.

Frank Furedi is a sociologist and commentator. He will be will be speaking at The Sunday Times Festival of Education debate, ‘”Jihadi Janets and Johns” made in UK classrooms?’, on Friday 19 June, at Wellington College in Berkshire. See here for further details.

(1) Learning From Experience: Counter Terrorism in the UK since 9/11, by Peter Clarke, Policy Exchange, 2007