This Kafkaesque debacle shows how officialdom has green-lit campus censorship. 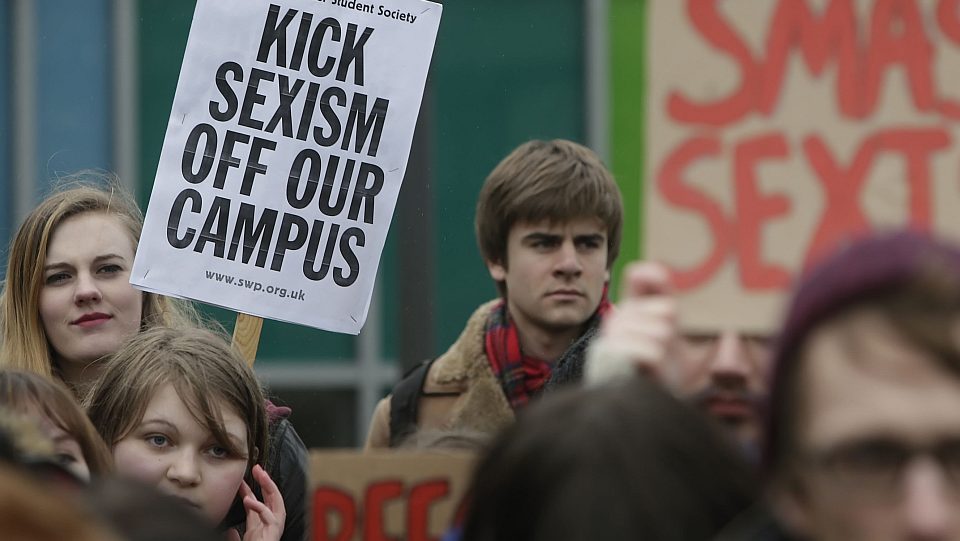 The case of Laura Kipnis is one that comes to us as if from another planet. The story of the US professor who was brought up on campus sexual-discrimination and harassment charges for writing an article criticising the college’s sexual-discrimination and harassment guidelines, is enough to make even the most jaded observer of campus censorship weep.

Kipnis, a tenured film professor at Northwestern University, wrote an article for the Chronicle of Higher Education in February criticising the ‘sexual paranoia’ of modern campus life. She took umbrage at her university’s ‘great prohibition’ on professors dating students; it was encouraging female students to see themselves, she said, as the nubile ‘putty in the hands of all-powerful professors’.

This ‘feminist melodrama’, as she put it, had, in turn, created an environment in which what constituted sexual assault was diluted to the level of meaninglessness. She recalled a widely reported allegation of sexual harassment made by a Northwestern student against a professor. Despite the fact their accounts of who instigated what differ, what is clear is that the two went out to see an exhibition, got drunk and wound up in the same bed – where some fondling ensued.

The student filed sexual-harassment charges against him and he was eventually sacked. She’s now also suing him for ‘gender violence’. When the professor attempted to file a defamation suit against the news outlets that reported the incident as a ‘rape’, it was thrown out by a judge who told the professor the news outlets had provided an accurate description of what had happened.

Kipnis’s argument, though perceptive, thoughtful and witty, was pure, cab-driver common sense. Women can make their own decisions. Regretted fondling is not rape. The sky is blue. Water is wet. Thanks. But, as we all know, even common sense doesn’t cut it on campus these days.

After the article was published, a group of around 30 students marched on campus carrying mattresses, in a nod to Columbia University’s ‘mattress girl’, and launched a petition calling for the college to condemn Kipnis’s comments. And it didn’t stop there. Two students then filed Title IX charges against Kipnis, the self-same regulations that cut down Professor Fondle, alleging that her article, and a subsequent tweet she posted, would have a ‘chilling effect on students’ ability to report sexual misconduct’. After a 72-day investigation, costing the university, at Kipnis’s estimate, $75,000 in legal fees, she was cleared.

The Kafkaesque proceedings have rightly sparked outrage, but they were only a headline-grabbing product of the hysterical and intolerant climate that has been raging on campus for years. The definition of harassment has been expanded to the point of meaninglessness, especially on US campuses, where, as Kipnis’s case demonstrated, closed-off tribunals rule on students’ and academics’ fate with a diluted standard of evidence, due process and criminal definition. As Kipnis notes in her piece, anything from ‘inappropriate humour’ to complimenting female students on their appearance can now fall foul of sexual-discrimination and harassment guidelines.

This blithe conflation between actions and words, between innocent comments and actual discrimination and harassment, has inevitably led to students claiming that opinions also pose them real harm. And this really is having a ‘chilling effect’ on academia. Kipnis’s career was put in jeopardy purely for expressing an opinion that went against the grain of her students’ political views. What hope is there for academic freedom when professors can’t even prick their students’ prejudices for fear of facing a set of trumped-up charges?

But what the chorus of disdain for the Kipnis kangaroo court has missed is how thoroughly mainstream the political trends it crashed together are. The hysteria on campus is not, as some might have it, the product of a uniquely intolerant cohort of young people, indoctrinated by tenured cultural Marxists. Kipnis, as with so many before her, was brought up on charges that were mandated by university bureaucrats and the highest echelons of officialdom.

Title IX, a provision of US federal law that deals with gender discrimination in state-funded educational institutions, is a longstanding fixture of the governing framework of US colleges. Originally brought in to end discrimination on the basis of sex, Title IX regulations have proved, in the words of one commentator, ‘remarkably elastic’. In the 1990s, the Clinton administration issued guidance that extended Title IX’s reach to enforce gender-quota regimes for sports participation. And, in 2011, an infamous ‘Dear Colleague’ letter from the US Department of Education offered guidelines on how Title IX should be used to tackle sexual harassment and assault, including vague definitions of wrongdoing, a much lower standard of proof and the dropping of the usual First Amendment protections.

It is against this backdrop that even an off-colour joke or a misplaced compliment has become suspect. The charges brought against Kipnis are the inevitable consequence of the conflation of action and speech, which has been enforced and codified at an official level.

While, undoubtedly, the ideas underpinning campus censorship have been shaped and influenced by batty anti-porn feminists, furthered by speech-policing multiculturalists and taken to their demented conclusion by the new generation of illiberal students, we shouldn’t give these nutjobs too much credit. The current malaise springs from the diminished view of the individual, and of women in particular, that has taken hold in mainstream political institutions in the absence of a robust defence of individual freedom and autonomy.

The battle lines for free speech on campus are not lined with mattresses. The problem runs much deeper.