A vote against the EU is a vote for Europeans. 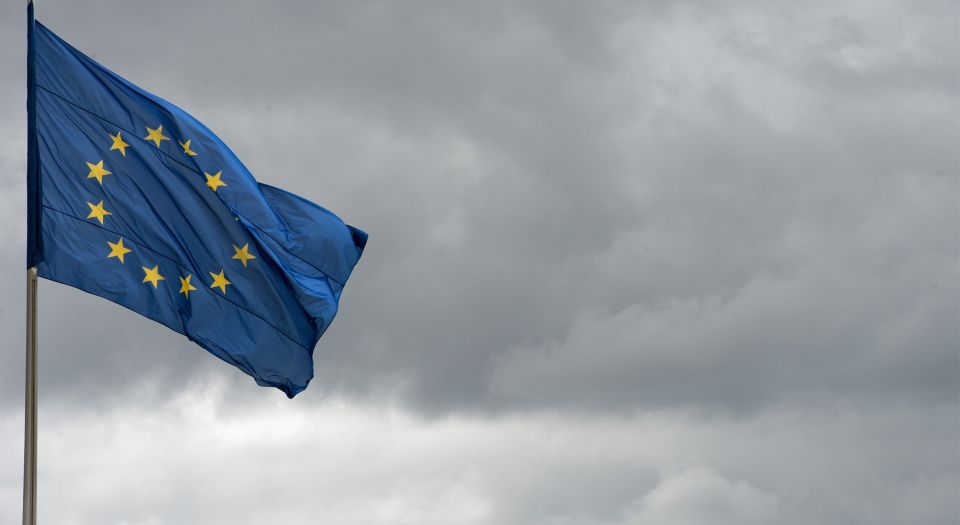 To misquote two famous old internationalists, there is a spectre haunting the EU – the spectre of democracy. Yes, the EU’s leaders and supporters pay lip service to the idea of democracy. They blather on about the European Citizens’ Initiative; they point towards the increased powers of the EU’s sole elected body, the unwieldy, largely passive European Parliament; and they bang on about transparency and correcting the so-called democratic deficit. But they don’t really believe in the practice of democracy. They don’t really believe in the reality of people being able to determine their own future.

That’s why the referendum on the UK’s membership of the EU is so important. It’s an opportunity to wrest back into the sphere of accountability the vast swathes of governance currently residing in Brussels. It’s an opportunity to make the case for democracy, for popular sovereignty, a chance to counter the secretive, oligarchical trends of contemporary politics, a chance to invigorate the idea of citizenship. It’s also a chance to make a case for a Europe free of the EU’s deathly influence, a chance to call into question all the risk-obliterating regulations, all the cultural uniformity and all the economic coercion that currently hold Europe in their combined, divisive, animus-breeding thrall. To recall an old spiked slogan, it’s a chance to be for Europe, but against the EU.

Not that you would know this from the debate so far generated by the planned referendum. While pundits have been poring over the potential phrasing of the question or wondering if being able to campaign for a Yes will exploit people’s preference for, well, the word ‘yes’, the behaviour of politicians has been more dispiriting still, with Labour providing a masterclass in cynical opportunism, first opposing the referendum, then supporting it, and now trying to work out the best way to use it to split the Tories asunder. Beyond the psychobabble and party-political game-playing, the debate is no more illuminating. Political stereotypes of yesteryear are recycled, arguments mystified. So to be for the EU is to be left-leaning and progressive and to be against it is to be right-wing and xenophobic. This isn’t edifying; it’s obfuscating. Here, the potential for a political debate about the role and meaning of the EU, a debate about democracy and freedom, is being stymied by a set of Culture Wars caricatures, with Little Englander immigrant-bashers pitched into battle against the open-minded and right-on.

So it’s vital that the debate about the role and meaning of the EU is had out. It’s vital that the anti-democratic nature of the EU project is brought to the fore, that its role as a refuge from accountability for Europe’s embattled political elites is exposed. To this end, it’s worth recalling what happened in two referenda 10 years ago, when first France, and then the Netherlands, rejected a then new EU constitution treaty. For Europe’s leaders, it was a chastening experience. As then Dutch prime minister Jan Peter Balkenende put it at the time: ‘The idea of Europe has lived for the politicians, but not the Dutch people.’

But the people’s vocal rejection of the EU didn’t sound its death knell. Far from it. The EU’s leaders tarted up the rejected constitution (Margot Wallström, then vice president of the European Commission, admitted ‘it is essentially the same proposal as the old constitution’), rebranded it the Lisbon Treaty, and agreed not to hold any referenda on it. ‘There is a cleavage between people and governments’, said the then French president, Nicolas Sarkozy, in November 2007. ‘A referendum now would bring Europe into danger.’ In other words, democracy was a threat to the EU project.

Due to its own constitutional quirk, Ireland was obliged to hold a referendum on the treaty, which the Irish people duly rejected in 2008, only to be told to vote again, but this time, with the threats of EU bigwigs ringing in their ears. The people spoke three times against the EU. And three times they were ignored. If anything captures the EU’s disdain for those over whose lives it wields such power, it was this spate of democracy-dodging referenda in the mid-Noughties. Valéry Giscard d’Estaing, former French president and Brussels mover and shaker, captured well the EU’s modus operandi in a 2007 interview for Le Monde: ‘Public opinion will be led to adopt, without knowing it, the proposals we dare not present to them directly.’

That’s why it’s telling that the UK’s pro-EU prime minister, David Cameron, has been glad-handing the great and good of Europe, whispering sweet compromises in their ears in an attempt to conjure up some sort of ‘reformed’ EU membership package to persuade the British electorate to stick with the EU. This ‘schmoozathon’, as Tory Boris Johnson put it, captures the clubbable nature of the EU project, how it’s something by and for Europe’s political elites, directed and guided behind closed, gilded doors. We, the public, feature all right, but only when strictly necessary, as a problem for Cameron, Merkel and Co to manage. Because that’s how referenda appear to the EU’s leaders; as problems, potential impediments to the smooth running of the EU machine.

The EU’s aversion to democracy is written through its Byzantine structure, in which the unelected European Commission, backed up by a sprawling Kafkaesque network of committees and working parties, draws up and executes laws, which have been discussed in secret by the European heads of state of the European Council, and are occasionally amended by the only elected, but largely impotent, EU body, the European Parliament. None of this is accidental. Rather, the EU’s institutional opacity, its removal from public sight, merely reflects its demos-avoiding raison d’être. It allows Europe’s political elites to leave their crises of legitimacy behind, to continue the process of governing without mandate or popular authority, to govern, that is, by remote control. Cameron, like his New Labour predecessors at home, and his counterparts in Germany or France, needs the EU because it fills the gap where the traditional sources of democratic authority used to be.

And here’s the twist. The EU, far from bringing people together, in ‘ever closer union’, as its founding postwar myth maintains, is actually dividing Europe, pitching wealthier north against impoverished south, supposedly progressive west against backward east. That’s because the EU is not the product of popular will. It’s the product of elite manoeuvring in the absence of popular will. Hence, the EU’s banana-straightening directives and rules, its austerity-enforcing economic demands and rainbow-powered cultural imperatives, are experienced by European people as impositions from elsewhere, as commands from Over There.