A Queen’s Speech by the Continuity Party

Where was the bill to abolish the Human Rights Act – or the NHS? 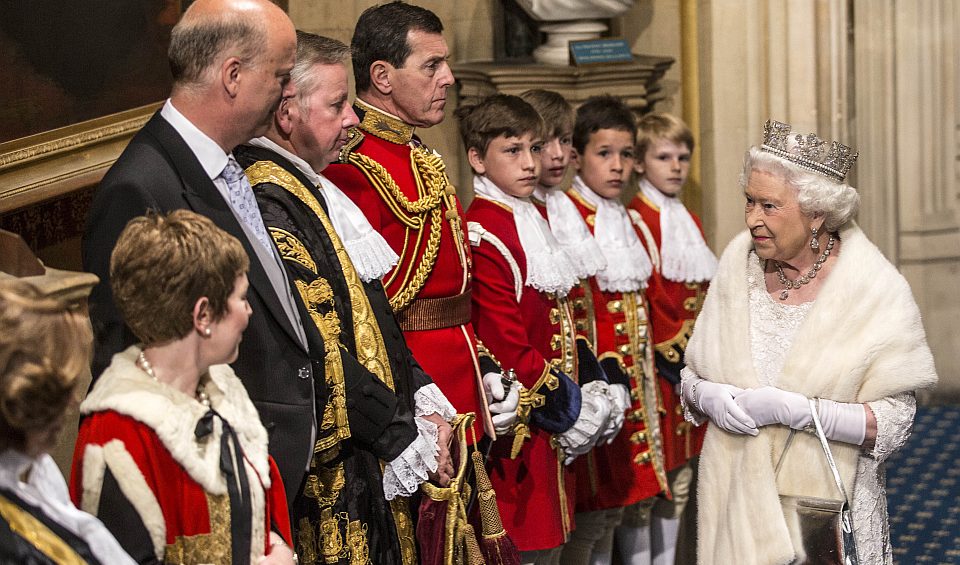 The announcement of the new Tory government’s programme in this week’s Queen’s Speech to the UK parliament was greeted with much melodramatic foreboding. This, we were warned, would be Toryism with ‘the shackles off’, with prime minister David Cameron released from the need to appease his Liberal Democrat partners in the previous coalition government. Having achieved a small majority in the General Election, Cameron could now give us both barrels in what was widely trailed as ‘the first Conservative-only Queen’s Speech in almost 20 years’, since, that is, Tony Blair’s New Labour wiped out John Major’s Tory government back in 1997. Never mind Cameron’s talk of ‘one nation’, said anti-Tory observers, we were now living under a regime of ‘one-party’ politics.

The Queen’s Speech, it appeared, was set to confirm the worst fears of all those who had spent the past few months scaremongering about the dreadful consequences of electing a Conservative rather than Labour-led government. Then Her Majesty went and spoilt the portentous mood by reading out the new government’s dull policy proposals, which on the whole appear to have been drafted by the same department of petty-minded managerialism that would have written a Labour programme for Ed Miliband.

Where, we were left wondering, was the bill to ‘abolish the NHS as we know it’, which we had been warned was the Tories’ secret priority during the election campaign? Come to that, where was the draft bill to abolish the Human Rights Act and replace it with a British Bill of Rights, which Tory leaders themselves had boasted would be at the heart of their radical agenda for government?

If Britain really is ruled by ‘one-party’ politics today, it is not the Conservative Party but the Continuity Party. Its membership stretches across the leaderships of the Tories, Labour, Lib Dems and beyond. The modern UK political elite is an oligarchy of interchangeable managers and PR people that operates in its own bubble atop but separate from the rest of society. There might be different shades of opinion within the oligarchy. But none of those shades seem very deep.

Like its predecessors, the new Conservative government certainly packed a lot of proposed legislation into its Queen’s Speech, to give the appearance of dynamism and distinctiveness. But what’s really different or new?

Even the Guardian, one of the chief scaremongers about the terrible consequences of electing a Tory government, had to concede that in the event the most ‘striking’ thing about Cameron’s programme was that ‘in the big three public-service areas – schools, health and welfare – the overall tone is largely “steady as she goes” rather than a change of course’. Indeed, there were no proposed laws concerning the allegedly doomed NHS at all. Instead it was ‘steady [hopefully] as she goes’ not just from the coalition government, but also its Labour predecessor, which initiated many of the policies now being pursued, including Gordon Brown’s Private Finance Initiative, which saddled hospitals with huge debts, and Tony Blair’s academies.

On the economy, too, Cameron and chancellor George Osborne apparently plan to pursue the Continuity Party policies of managerial mediocrity under the supervision of Bank of England technocrats. The policy proposals in the Queen’s Speech were a familiar exercise in fiddling around the financial fringes, with measures such as tax freezes and welfare caps that might attract headlines but do nothing to address the fundamental problems of the low-growth, poor-productivity UK economy.

The Tory government pledged to take drastic steps to remove the public-spending deficit, of course. But despite all the cuts and the dark talk of austerity, the government still seems set to struggle to address the dependence of modern capitalism on state support – a problem that has afflicted every Continuity Party government over the past 40 years. As a study by LSE professor John Hills noted in 1998, at the start of the New Labour era, the attempt to restrict welfare spending predated Thatcher’s election: ‘[T]he restrictions of public spending began not in 1979, but in 1976 under the then Labour government. As far as welfare spending is concerned, 1976-77 marked the end of the postwar growth in its share of national income. The lid went on spending when the IMF came to visit, not when Mrs Thatcher was elected.’ Yet, as Hills also observed, there was a continuity, too, in the failure to make many radical changes: ‘It may come as something of a surprise that in its last year in office, 1996-97, the Conservative government devoted almost the same share of national income to the main welfare services as its Labour predecessor had 20 years before.’ There is little sign of the current Continuity Party government having the nerve, verve or vision to make more dramatic headway.

What about the political pledges that filled the gap in the Queen’s Speech where the government’s economic policy might have been? The Conservatives have threatened to introduce more illiberal state powers, such as the Investigatory Powers Bill, or ‘snooper’s charter’. That would be a logical continuation of the New Labour government’s authoritarian principle that ‘if you have nothing to hide, you have nothing to fear’ which it used to try to impose everything from compulsory ID cards to 90 days detention without charge. The Tory government has meanwhile stepped back from its loud and potentially positive pledge to ditch the Human Rights Act in favour of a Bill of Rights because of opposition, not only from other parties, but also from within its own ranks.

The Tory government’s pledge to ‘control immigration’ and ‘put hardworking British families first’ could have come straight out of Gordon Brown’s Labour government policy or Miliband’s ‘Edstone’ pledges. Indeed, as the BBC noted, Cameron’s proposed bill to make it an offence for businesses and recruitment agencies to hire abroad without first advertising in the UK is ‘a policy which featured prominently in Labour’s election manifesto’.

One political gesture which appears strikingly Tory is, of course, the proposed new law to curb strike action. This would make industrial action illegal unless supported by a ballot in which at least 50 per cent of trade-union members voted; additionally, in ‘essential public services’, industrial action must be backed by at least 40 per cent of all those entitled to vote. Critics have claimed that Cameron is thus trying to ‘go further than Thatcher ever dared’ in legally restricting strike action. But that is not as radical as it sounds. The Thatcher government was dealing with genuinely powerful trade unions, and so took careful legal steps before finally breaking the unions in the direct confrontations of the 1980s. The Cameron government is attacking only the pale ghosts of trade unions past, which cannot organise effective national strikes regardless of what the law says. Cameron can wave the old Tory flag in an empty gesture without fear of too much retaliation.

Elsewhere, much of the rhetoric of Cameron’s speech – ‘one nation’, ‘working people’, etc – echoed that of previous Continuity Party governments. It was Blair’s New Labour regime that first declared back in 1998 that ‘the government’s aim is to rebuild the welfare state around work’. Blair even promised to hold a referendum on a new EU constitution, before wriggling out of it. Cameron may find it harder to renege on his pledge to hold an in/out Euro-referendum. But his government shares its predecessors’ wish to keep the UK within the EU, and to allow the political elite to negotiate a new deal for itself.

Today’s UK politics, as reflected in the Queen’s Speech, seems a far remove from all the fantasies about far-reaching changes and left-right conflicts under the Conservatives. The one thing that seems to alter even less than the rule of the Continuity Party is the continual refusal of many to recognise it.