Boycotting the boycotters: the wrong way to oppose BDS

Clamping down on BDS will only fuel its intolerant campaign. 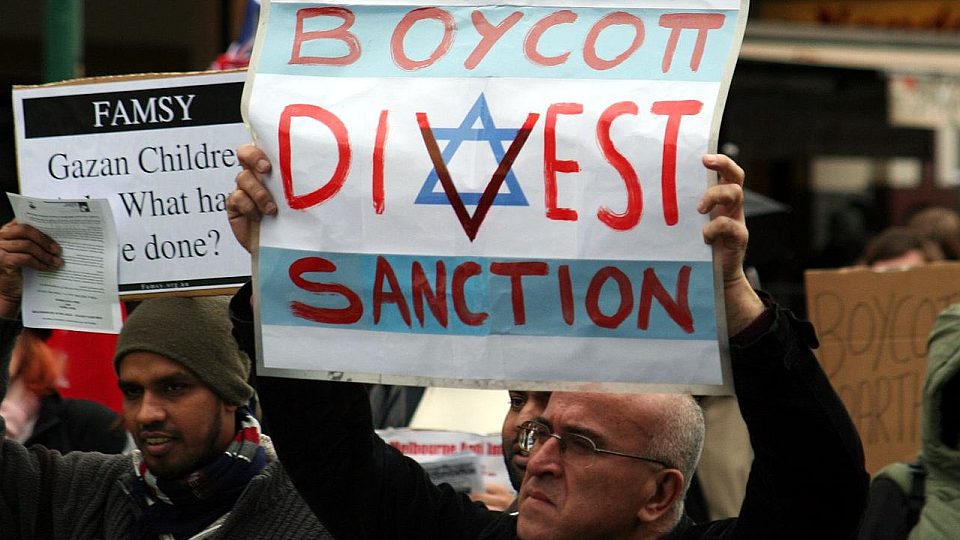 The Boycott, Divestment and Sanctions (BDS) movement against Israel has gained a lot of notoriety in recent years. BDS seeks to delegitimise Israel, and advocates censoring anyone connected with Israel. Its tactics extend beyond economic boycotts to attempts to prevent Israeli academics, artists and athletes from engaging with the West. Criticism of Israel’s policies is not anti-Semitic, but BDS does more than simply criticise: in blaming all Israelis for the actions of the state of Israel, which it singles out as uniquely wicked, BDS promotes an anti-Semitic outlook in society.

BDS has not had great success in North America, but it has become influential on many US university campuses. Student governments at six University of California campuses have passed resolutions calling for divestment from Israel. At one, UCLA, animosity towards Israel has spilled over into instances of hostility towards Jews. For example, UCLA’s student council voted against the nomination of Jewish student Rachel Beyda to its judicial board on the grounds that her faith meant she was inherently biased. Such is the atmosphere BDS has fostered.

In response to all this, opposition to BDS in North America is growing. In the past week or so, legislatures in the US and Canada have responded with bills designed to curtail BDS’s influence.

Last week, Illinois’s house of representatives joined the state senate in passing a so-called ‘anti-BDS’ bill, which prohibits the state’s pension fund from investing in companies that boycott Israel. Illinois is the first US state to adopt such legislation, but others are said to be considering it.

There are similar anti-BDS moves in process at the federal level. Bipartisan amendments to the US congressional bills for the Trade Promotion Authority include a call to discourage boycotts as one of the US’s goals in trade negotiations. Another proposed national bill is the ‘Boycott Our Enemies, Not Israel Act’, which requires government contractors to confirm they are not boycotting Israel.

In Canada, the government is reportedly considering using hate-crime laws against groups that promote boycotts of Israel. Steven Blaney, Canada’s public security minister, said the government will take a ‘zero tolerance’ approach to BDS. Such a move could ensnare a variety of organisations, including church groups, unions and student associations.

In both the US and Canada, BDS has cried foul, claiming it’s a victim of censorship. This is rich coming from a group whose raison d’être is to silence Israelis and shut down debate, whether it is no-platforming a pro-Zionist speaker appearing at a college or campaigning to shut down an Israeli dance troupe. As Brendan O’Neill has said, BDS types are ‘the world’s least convincing free-speech warriors’. What they are really calling for is privileged protection for their own speech, not free speech for all.

That said, these legislative moves against BDS are misguided, even if BDS is hypocritical for crying censorship. Canada’s hate-crime laws are an abomination for free speech, as they criminalise thought. As BDS is discovering, ‘hate’ is a nebulous concept that can be easily manipulated by the government in power. We should oppose the use of hate-speech laws in principle, regardless of whom they’re aimed at.

The US does not (thankfully) have hate-speech laws, and the recent legislation against BDS is more limited in scope than that being considered by Canada. The new or proposed laws in the US do not ban participation in boycotts against Israel, nor do they prohibit advocating boycotts.

But even the more restricted US legislative measures are the wrong way to oppose BDS. ‘Boycott the BDS boycotters’ is the mirror image of the politically correct call for ‘zero tolerance towards intolerance’. Two wrongs don’t make a right. In raising the threat of state retaliation against BDS, critics are giving some credence to BDS’s overblown and hypocritical claims that it is being persecuted.

Rather than ‘boycott the boycotters’, we need to argue for free speech for all. It is much better to allow BDS to make its case, and oppose its arguments openly. It’s time to have confidence that BDS can be exposed as the censorious and regressive outfit that it is.