Women are weak? With feminists like this, who needs misogyny. 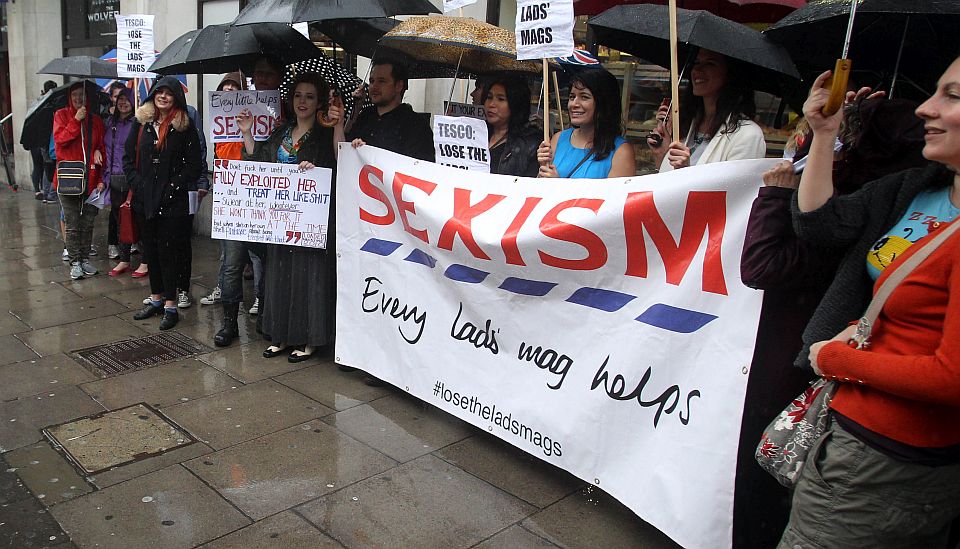 The ‘self-described feminists’ who have contributed to Freedom Fallacy do not like women. They can’t stand Beyonce, Madonna or Miley Cyrus. They hate Fifty Shades of Grey author, EL James. Women who become ‘mail-order brides’, work in the sex industry, have cosmetic surgery or read glossy fashion magazines are reviled if powerful, written off as irrevocably afflicted with ‘internalised misogyny’ if unrepentant, or pitied as victims if they have expressed any regrets. They reserve a special loathing for women they describe as ‘third wave’, ‘popular’, ‘liberal’ or ‘choice’ feminists.

Freedom Fallacy brings together some 20 writers and academics all intent on exposing ‘the limits of liberal feminism’. This new brand of feminism is apparently very popular because it champions ‘the fallacy that substantive equality has already been achieved and that the pursuit of opportunity lies solely in women’s hands’. In contrast, this book sets out to tell women that, irrespective of what positions of power and responsibility they might be in, they are still oppressed. If women think that they are free to determine the course of their own lives, Freedom Fallacy is here to put them right.

The central argument of Freedom Fallacy is that so-called ‘choice’ or ‘liberal’ feminists propagate falsehoods about female autonomy while ignoring the structural inequalities that limit the freedom of women. For example, choice feminists who argue that the (rapidly diminishing) gender pay gap is largely down to the choices people have made are criticised for overlooking the many material and psychological factors that reportedly hold women back in the workplace. Likewise, feminists who suggest that women, as adults, might freely choose to go on a diet, have plastic surgery, or pose topless in exchange for money, are criticised for presenting oppression as something women freely enter into, rather than have inflicted upon them. The liberal feminists are accused of recasting women’s liberation as an individual pursuit and therefore rendering it ineffective at bringing about real changes.

Freedom Fallacy contains a frustrating amount of hyperbole and lacks critical engagement with either data or counterarguments. We are told that there is ‘a dangerous, global epidemic of male entitlement’, that ‘the trafficking of women and girls [is a] booming global businesses’, and we are alerted to ‘the global pandemic that is violence against women and girls’. But we are given no evidence to substantiate these claims and little historical or geographical context in order to evaluate them for ourselves. The reality for most women in the Western world today is far removed from this bleak image: women are less likely to be victims of violent crime than men; domestic abuse is in decline; girls outnumber and outperform boys in education; and young women earn the same or even more than their male contemporaries.

Freedom Fallacy’s assertion that women are still victims of oppression hinges on a concept of ‘patriarchy’ which is evoked repeatedly throughout the book. We are told that when it comes to patriarchy, ‘we need to bear in mind that the main problem is men: men’s choices, men’s ways of seeing and treating women’. Exploring the material conditions that shape women’s choices is entirely laudable; however, when it is done with minimal evidence and with a predetermined conclusion — women are victims of patriarchy — the focus shifts immediately from structural inequalities to the behaviour of men.

Despite all the evidence to suggest that wealthy, highly educated, Western women have more choices than ever, and more choices than working-class men, the authors of Freedom Fallacy are determined to present women as ‘kept down’. They do this first by arguing that all women form a global ‘class’ with collective interests in common and then by extrapolating from the problems experienced by some women living in extremely impoverished countries to all women in the world. So, when the authors make horrific claims about the trafficking and mutilation of girls, they then argue ‘these injustices exist on a continuum with other issues of inequality such as the sexual division of household labour’.

Drawing an equivalence in the experiences of women around the world masks the huge differences in the economic circumstances between people in different countries. The authors of Freedom Fallacy, so critical of ‘choice’ feminists for ignoring the structural inequalities faced by women, ask no questions about the causes of global poverty and make no suggestions as to how poor countries can become more prosperous. Instead, they complain about the behaviour of men. Changing the behaviour of men might mean, at best, that disadvantage is distributed a little more equally, but it will do little to lift whole nations out of the poverty that so restricts individual freedom and choice.

When faced with relatively few opportunities to make a better, more prosperous life for themselves and their families, some women choose to escape poverty through marriage, pornography or prostitution — options that make Western middle-class feminists squeamish. Aware of the limited options available to them, women who choose sex work or ‘mail order’ marriage have decided that this is the best choice for them. Presenting these women as weak and vulnerable, as victims of male behaviour who have been deluded into thinking they were able to make a choice about their future, does them no favours whatsoever.

The authors of Freedom Fallacy draw parallels between women who choose a desperate route of poverty and wealthy Western women who, for example, opt for cosmetic surgery. They argue that both lack autonomy and the ability to consent freely to such decisions. This denies the real political and economic gains many women around the world, but especially in the more prosperous West, have made. It attaches victim status to women who are in socially and financially powerful positions, while at the same time trivialising the very real problems experienced by women in developing countries and the lengths some go to to break out of poverty.

The contributors to Freedom Fallacy are critical of women who challenge the view that patriarchy creates ‘a dominant group (men) that holds systemic, individual power over an oppressed group (women)’. They either scorn or pity women who want ‘sexual harassment rebranded as harmless banter’ or argue that ‘objectification is the new empowerment’. Unfortunately, this, like much of the analysis presented in Freedom Fallacy, seems to be at least a decade out of date. The description of a generation of sassy, confident women telling the world they are free to make their own choices stands in sad contrast to many of today’s young feminists, who seem all too ready to declare themselves vulnerable to everyday sexism, fat-shamed by adverts, the targets of rape-culture if they are catcalled in the street, or victims of lad culture if they are chatted up in the university bar. Calls for censorship, trigger warnings and safe spaces seem to be far more the hallmark of modern-day feminism than women arguing sexual harassment is harmless banter. In such a climate, suggesting that women are oppressed, have little agency and are unable to make ‘authentic choices’ simply reinforces mainstream feminist thought.

The authors of Freedom Fallacy are right that the notion of personal freedom today is all too often trivialised as an ability to make spurious choices between different types of consumer goods. They are right that the power and freedom we have to make real choices over our destinies is all too limited. They are also correct that ‘liberation cannot be found at a purely individual level’. To achieve this liberation we need to stop dividing people according to gender and pitching men against women. Freedom Fallacy argues that issues of gender should transcend politics, but this would leave us forever locked into our biology. Instead we need politics today to transcend gender squabbles. Everyone benefits from having more control over their own lives, more freedom and more meaningful choices to make. We need to celebrate the power and agency we do have rather than desperately searching for arguments that will allow some of the most powerful people in the world to attach the label ‘victim’ to themselves.

Freedom fallacy: the limits of liberal feminism, edited by Miranda Kiraly and Meagan Tyler, is published by Connor Court Publishing Pty. (Order this book from Amazon(UK).)