The fury of the elites: when the little people reject Labour

Behold the oligarchical contempt for the demos, and for democracy itself. 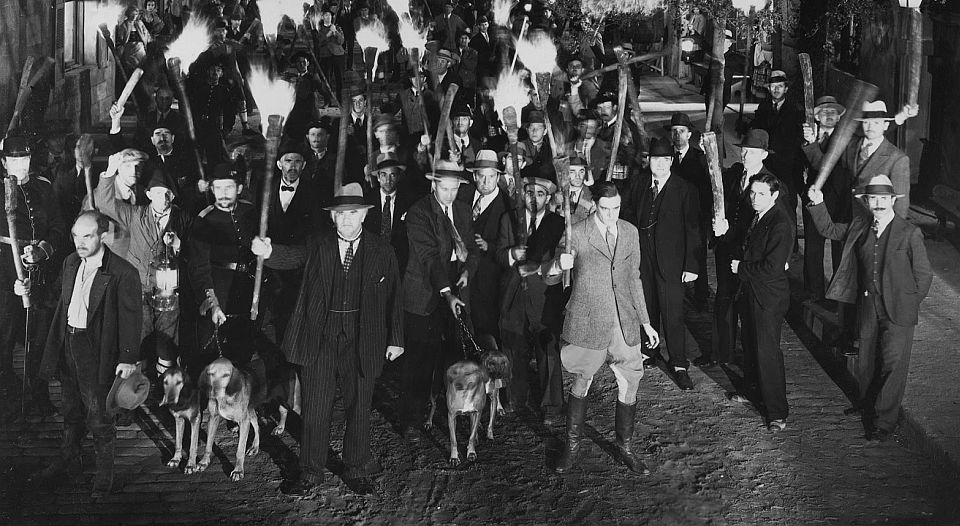 All the post-election tortured commentary about what mean people the Tories are doesn’t only confirm that sixth-form sentimentalism has entered the mainstream, elbowing aside cool analysis. It’s also mind-blowingly ironic. For if hatefulness has come from anywhere since last Thursday, it has been from Labour backers outraged that their party didn’t win. In the same angry breaths with which they denounce the Tories’ contempt for ‘ordinary people’, these dumbfounded supporters of Labour reveal their own far deeper disdain for ordinary people, for what one of them calls ‘gloop-brained voters’ who don’t know what is in their own best interests.

As soon as the polls opened last Thursday morning, influential Labour supporters started panicking. Their distrust, even fear, of that unpredictable blob entrusted to select the next government was palpable. I ‘still fear the Tories’ campaign of fear and smear will work’, said Guardian columnist Owen Jones. He echoed a clearly concerned Russell Brand, whom Labour hoped would win it the youth vote, who took the opportunity of election day to tell the electorate to ‘ignore Murdoch’. Brand promoted the ad campaign of the online activist group Avaaz, which shows a huge picture of Murdoch alongside the warning ‘[Don’t] vote for who he tells you to’. The idea that ‘ordinary people’, especially tabloid-reading ones, are easily swayed by Murdoch, referred to by Jones as the ‘Dark Lord’, is commonplace on the left, speaking to their view of the electorate as an easily instructed herd.

Other celebs, including Steve Coogan and John Cleese, supported this election-day hectoring of the electorate to break free of their alleged slavishness to Murdoch. ‘Vote for what’s best for you… not what’s best for Rupert Murdoch’, they said, conjuring up a bizarre image of unthinking plebs heading to the voting booths thinking: ‘I must obey Murdoch, I must obey Murdoch.’ The Guardian’s Polly Toynbee used election day, not to celebrate the great right of people to choose their leaders, but to continue the slurs against what she called ‘weak readers’ — members of the electorate whose ‘mind-blowing ignorance’ means they are ‘unaware how their daily struggles will be fought out in distant Westminster’. In a profound irony, Jones tried to get people to vote by reminiscing on the struggles of the Chartists and Suffragettes, yet he and other prominent Labour supporters trotted out the same arguments that were used against the Chartists and Suffragettes: namely that working men and women are too fearful and emotional to be trusted with voting, since ‘government by emotion quickly degenerates into injustice’, as one anti-Suffragette magazine put it.

That old fear of ‘government by emotion’, of the right of the fearful and easily led to pick the nation’s leaders, still exists today. When the actual results started coming through, showing a majority for the Tories and a drubbing for Labour, the left elitists went into anti-mob meltdown. Neil Kinnock bemoaned the ‘mood and self-delusion’ that gripped the electorate and made them vote in a self-defeating way. The high priest of the chattering classes, Canon Giles Fraser, railed against the whole idea of democracy. It is little more than an ‘aggregation of self-interest’, he said. He saved his sharpest barbs for ‘the poor’, asking: ‘Why do the poor vote when, by voting, they merely give legitimacy to a system that connives with their oppression?’ So, the ignorant poor do not know what is in their own best interests — the same argument made against the Chartists’ demand that working men should be allowed to vote. As one historical account of the Chartists says, it was feared that ‘entrusting the vital duty of choosing a government to the uneducated [would overlook] the propensity of such citizens to be politically manipulated’ (1). From Jones’ and Brand’s panic about the influence of fear and Murdoch on the little people to Fraser’s contempt for the ill-informed poor, this belief that less well-educated people, ‘weak readers’, as Toynbee calls them, can easily be ‘politically manipulated’ is as pronounced in elite circles today as it was 150 years ago.

Meanwhile, Kevin Maguire of the Labour-supporting Mirror blamed ‘Tory press barons’ for convincing ‘gloop-brained voters’ to elect the ‘Tory nasty nurse’ (once again: ‘the propensity of such citizens to be politically manipulated’). A writer for the Independent described the electorate as ‘turkeys’ voting for Christmas. Over at the left-leaning Journal, a columnist said we witnessed ‘an irrational, fearful vote by an electorate blind to its own self-interest’. This oligarchical contempt for the demos was given rough, physical expression by the middle-class motley crew that gathered at Downing Street on Saturday to demand ‘Tories Out Now!’, less than 48 hours after millions had voted them in.

The discomfort with democracy, the return of the view of voters as insufficiently informed and easily manipulated, is becoming widespread among cut-off elites. Only where once it tended to be the right that railed against voter dumbness, now it’s the left. In the early twentieth century, the influential conservative American thinker Walter Lippmann bemoaned the ‘ignorance and stupidity [of]… the masses’, whom he described as a ‘bewildered herd’. Today, whether it’s Noam Chomsky accusing the media of engineering ‘irrational attitudes’ among the public and reducing their ‘capacity to think’, or Al Gore’s handwringing over the media’s ‘power of persuasion’ and how it triggers mass thinking that is not ‘modulated by logic, reason [or] reflective thought’, or the current railing against ‘gloop-brained voters’ won over by the ‘politics of fear and smear’, left-wing disgust for the throng is thriving. The more parties of the left become dislocated from the people, the more they come to view those people with derision. And they end up asking, ‘Why won’t these stupid, ungrateful idiots vote for us when we only want to care for them?!’, in the process answering their own question.

(1) A History of Education for Citizenship, Derek Hater, RoutledgeFalmer, 2004