The results confirm the end of Labour, and the space for something new. 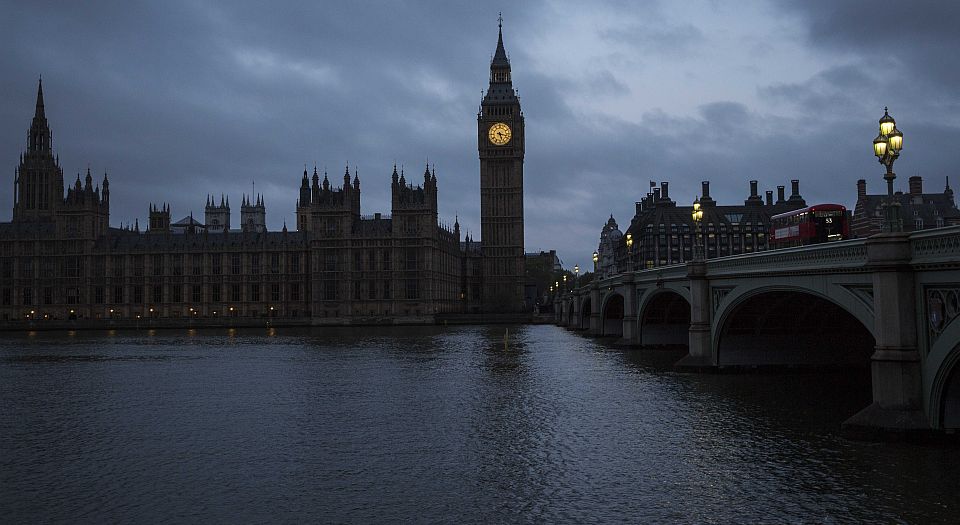 As you’d expect, the General Election results reveal a lot about the state of modern Britain and the standing, or lack of standing, of traditional party politics. But there’s one thing in particular they tell us, one thing worth dwelling on, possibly the most striking story of this mass trek to the ballot box of about 65 per cent of the British demos. And that is that Labour has transformed from a party of the trade unions into a party of the metropolitan, largely London-based opinion-shaping set and new clerisy. A party that was born to represent working people’s interests is now little more than a kind of political safe haven for a new elite that feels cut off both from traditional politics and the masses. This is the real story of the 2015 General Election: the reduction of Labour to a middle-class machine, which speaks to a bigger and profound hollowing out, even death, of social democracy as we knew it.

The most revealing moments on TV and Twitter last night, as the exit-poll results were unveiled and the first results came in, involved the utter incomprehension of liberal observers and Labourites. They couldn’t believe what they were seeing. ‘But the opinion polls said we would do well’, they all said, confirming that these politicos and observers no longer rub shoulders, or anything else, with the masses and have thus become completely reliant on opinion pollsters as a kind of conduit to the little people: modern-day tea-leaf-readers who might reveal what They are thinking. The Twitterati — the time-rich, mostly left-leaning set, consisting of cultural entrepreneurs, commentators and other people who don’t work with their hands and can therefore tweet all day — were especially dumbfounded by the results. Boiled down, their pained cry was: ‘But everyone I know voted Labour.’ They know nothing of the world beyond Twitter, the world outside the Guardianista colonies of London, out where people work rather than tweet.

These politicos’ incomprehension summed up why Labour did so badly: because it is now hugely, irreparably disconnected from both the public in general and from its traditional grassroots supporters. To look at a map of the results is extraordinary. Labour, at the time of writing, has won 229 seats, a loss of 26 seats since 2010. The Tories have won 325 seats. The Lib Dems, meanwhile, have been wiped out, becoming almost insignificant overnight: they’ve lost 47 seats and currently have only eight. But as startling as these figures are, a map showing the spread of results is more striking still. What it confirms is that Labour has lost Scotland, an entire country, the country where Labour has much of its roots and from which some of its earliest leaders hailed, where it had 41 MPs in 2010 and now has only one. And it shows that Labour has pockets of support in the north of England and the south of Wales: old traditional Labour strongholds. Vast swathes of the UK are now Labour-free zones. With one very striking exception: London. Here, Labour did better than in 2010. It has won 45 of the city’s 73 parliamentary seats. In the words of the Evening Standard, ‘Labour has increased its control of London… despite heavy losses elsewhere in the UK.’

This collapse of Labour in Scotland and growth of Labour in London is about so much more than last year’s independence referendum (some are blaming Labour’s decision to align with the Tories in that referendum for its poor showing now) or the fall of the Lib Dems everywhere (which created the space for Labour gains in London). It tells a bigger, longer, more historic story about what is becoming of Labour: it is shifting from being an outlet for the expression of trade unionist and working people’s interests to being a kind of encampment for the chattering classes, a safe space, if you like, for a secular, pseudo-liberal clerisy. The shrinking of Labour in Scotland and other parts of the country at the same time as it is consolidating in London expresses physically what has been happening politically for many years: Labour, having ditched its old principles and lost its old supporters, has become a shell that has slowly but surely been taken over by a new middle-class, professional, media-based, mostly London set. Bereft of its founding mission and traditional support base, Labour has been turned into little more than a shield for this new post-class, post-traditionalist clerisy, a PR machine for the pursuit of the narrow professional ambitions and petty moralism of a section of the cultural elite.

What the election has fundamentally exposed is the existence of Two Britains. No, not a Labour Britain vs a Tory Britain — that old divide has been flagging for years. Not poshos vs workers, as Labourite commentators like to fantasise. And it’s not even England vs Scotland. Yes, that divide will undoubtedly be the source of instability in the coming months, but even it is merely a strange expression, an accidental byproduct, of the real Two Britains. Which is, on one side, the Britain of the moral clerisy, which is pro-EU, multicultural, anti-tabloid, politically correct and devoted to welfarism and paternalism as the main means through which to govern the masses, and, on the other side, the Britain of the rest of the us, of the masses, of those people increasingly viewed by the cultural elite as inscrutable, incomprehensible, and in need of nudging, social re-engineering and behaviour modification. Those people whose votes, whose temerity in rejecting Labour, made so little sense to the observing classes. This is the true story of the shifting map, the geographical shrinking of Labour, and the shocked response of opinion-makers to the results.

And of course, the more Labour comes to be occupied by influential but unrepresentative middle-class professionals, the more contemptuous it becomes of the Other Britain, the lesser Britain, the stupid Britain that won’t obediently vote Labour even though Labour only wants to care for it and nudge it towards health and decency. We have seen this already in the few hours since the results started coming in: Neil Kinnock musing over the ‘self-delusion’ of the electorate; Polly Toynbee, grand dame of knackered Labourism, speaking of the ‘mind-blowing ignorance’ of some of the electorate, who are ‘weak readers’ and don’t know what is in their best interests (which is Labour, obviously); Russell Brand and other celeb Labour-backers blaming Murdoch and his tabloids’ fearmongering for losing Labour votes — in short, tabloid readers are like animals, following their master’s orders. The Labour machine’s disgust for the masses grows in direct proportion to its continuing decay and its takeover by a new elite.

This a story, ultimately, of the rise of new oligarchies, the decline of any real engaged politics, and the crisis of social democracy. That movement, which commanded so much support in the twentieth century, is no more. It’s been waning for years; it is now on its last breath. But we shouldn’t mourn it. Those of us, like spiked, who consider ourselves radical and progressive should recognise that Labour was always a barrier to the realisation of a new world of plenty and liberty. Whether it was selling out workers’ uprisings in the twentieth century or subjecting the poor to the yoke of welfarism and nanny statism in the twenty-first century, Labour has long been a distraction from the serious debate we need about how to create a more humanistic, future-orientated world. Its collapse is a great thing. Now we just need to challenge the secular clerisy that has occupied its husk, and put the case for a new politics that really means something.