Five things we know about the ‘uncertain’ election

And none of them is good news for the electorate. 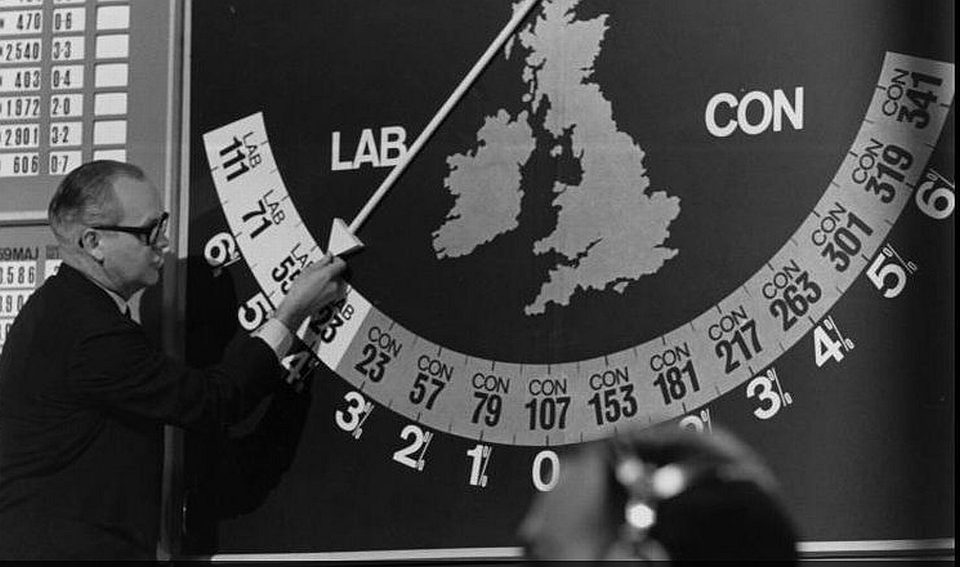 All of the experts seem to agree that the 2015 UK General Election is set to be the most uncertain contest in recent political history. Yet the election campaign has confirmed some certainties about the dire state of political life.

1) This is the sterile campaign a lifeless election deserves

The 2015 election campaign might as well not have happened, for all the impact it has made on the electorate.

There has been much feverish studying of the daily opinion polls, as pundits and politicians sift the data for signs of change in the electoral mood like ancient soothsayers searching the entrails of a chicken for portents of things to come. Some polls give a slight lead to Labour, others award the same narrow advantage to the Tories. Yet all agree that nothing much is happening.

The BBC’s latest poll-of-polls, published on Tuesday 28 April, captured the excitement-free state of affairs. It gave the average percentage for each party across the UK, and the change on the previous poll-of-polls, as follows:

For all of their furious media-centred campaigning and expensive PR, no UK party had gained even a single percentage point. And neither the Conservatives nor Labour had the support of any more than a third of the electorate.

In other circumstances, such apparently unchanging polls might be thought to reflect a clear-cut political divide between parties and voters of unshakeable opinions who are poles apart. Today it more reflects the widespread indifference towards the election and all of the parties among voters who have been left unmoved by the sanitised, moribund campaigns. Only in Scotland is there any air of excitement around the election, with the Scottish Nationalists trying to whip up the mood of a religious revival. Even there, however, as Tim Black analyses elsewhere on spiked, the SNP’s high poll ratings are more a reflection of the collapse of the old mainstream parties.

Elsewhere voters will go to the polls next week in a mood defined more by shoulder-shrugging cynicism than fist-pumping passion. Overall the word that comes to mind when surveying the state of the polls is ‘flatlining’, like a hospital monitor attached to a corpse.

2) None of them stands for anything more than getting elected

It is little wonder that most voters remain unmoved by the election. Even by the miserable standards of recent campaigns in Europe and America, this one has been remarkable in not throwing up one memorable policy or defining political principle. Instead much of the focus has been on the rival party leaders’ ‘personalities’. The fact that Labour can now seriously consider Ed Miliband to be their best asset confirms how bereft of inspiration politics is now. Hell, yes.

The risk-averse parties want to avoid anything that might put people off and drone on about the same, ‘safe’ issues, most notably the NHS – the political equivalent of talking about pets and babies at a family lunch, in order to sidestep any potentially indigestion-inducing arguments. The parties have been apparently swapping policies and moving from ‘right’ to ‘left’ and back again – less a cut-throat Game of Thrones than a tame game of musical chairs.

Thus Labour, for example, has been loudly declaring its commitment to cracking down on immigration and renewing Britain’s nuclear armoury. This has been described by some pundits as ‘political cross-dressing’. In fact it reveals that the parties are dressed only in the Emperor’s new clothes, invisible principles that even a child can see do not really exist.

3) None of them has a clue what to do

The absence of clear political principles is not an abstract issue in this election. It is a matter of great practical importance. It indicates that none of the UK parties has a clue what they would actually do to change things for the better if they get into government. They are less like political leaders with a vision of the future than middle managers applying for a job in a bank or a local council, competing to show they can smile more appealingly and look a safer pair of hands than the other interviewees.

An election briefing from the Institute of Fiscal Studies last week pointed up the credibility gap between what each of the parties says about the public finances, and what they might actually do. So, for example, the Tories have promised to get rid of the budget deficit, but have not said where they would find the billions of pounds worth of public-spending cuts; Labour has pledged to protect the NHS, but has not indicated where it would get the money or how it would pay for billions in extra borrowing; the SNP boasts about ending austerity, yet its policy proposals add up to no such thing. And so on.

No doubt that gap where the next government’s economic policy ought to be partly reflects the unwillingness of double-dealing elitist political leaders to come clean with the common voters about what they intend. But it also reflects the honest absence of any organising economic principles at the heart of these parties. It suggests that whoever forms the next government, nothing much will really change in the moribund UK economy – just as it didn’t between the last New Labour government and the Lib-Con coalition.

4) Nobody is going to win – least of all the electorate

The one thing that all of the poll-watchers now agree on is that no party is on course to achieve an overall majority of seats in the next parliament and so form an unassailable government on its own. David Cameron’s Tories are currently favourites to win the most seats, but nobody seems very sure of anything except that no party is going to win outright.

Even before a vote has been cast, much attention is focused this time on what might happen after next week’s polling day. The experts are already posing ‘big questions’ such as: will Cameron or Miliband be best able to horse-trade their way into Downing Street by negotiating formal or informal deals with the smaller parties? And will the Lib Dems, Scots Nats or even UKIP and the DUP hold the balance of power on 8 May? A bigger question, however, might be: what does it say about the state of our democracy that the electorate will not choose the next government or vote for what it does?

After the 2010 General Election, the UK was left with a coalition government between the Conservatives and Liberal Democrats that nobody had voted for (the Tories having campaigned against the dangers of allowing the Lib Dems into a coalition, while the Lib Dems campaigned against the threat of the Tories getting in). Whatever informal coalition of parties constitutes a majority after this election will be no more able to claim that it represents the much-vaunted will of the people.

It has been suggested that the public might question the legitimacy of any Labour government that is propped up the SNP, if the Conservatives were to win the most seats. But no government formed out of an election that nobody wins, on the basis of no distinct policies or clear political principles, is any more likely to command a legitimate mandate to rule over us. The cynical old view that ‘Whoever wins, the government gets in’ might rarely have seemed more apt to many.

For all the poring over small percentage point gaps between the parties, the yawning divide confirmed by this election is that separating the political class from the public.

Britain’s political leaders have been dreading the day when they actually have to go out and appeal to the masses for their support. That was why the Lib-Con coalition pulled up the Westminster drawbridge in 2010, by enshrining five-year parliaments in law and hopefully avoiding the unpleasantness of early elections. It is also why, despite all the predictions that the coalition would quickly collapse, spiked was proved right in suggesting that it would last as the Tories and Lib Dems clung together for comfort behind the high walls of Westminster and Whitehall.

This time around the party leaders have all tried to look ‘normal’ while going to extraordinary lengths to avoid any unscripted contact with normal voters. Their campaigns exist only in a bubble of carefully orchestrated, media-oriented pseudo-events, where the leaders and their minions simply repeat that day’s formulaic ‘message’, as dictated by a rigid plan known as the grid. Even within that bubble, the party PR machines have sought to avoid any unwanted interactions – not just members of the public but political journalists have been banned from asking the leaders questions during photo-ops and media stunts, and the traditional morning press conferences have been abandoned.

(For a glimpse of the contrast between this and the election campaigns of the past, see The Hecklers, made by American filmmaker Joseph Strick during the 1966 General Election, and featuring Britain’s political leaders verbally jousting with angry, outraged and bemused voters.)

The gap between the political class and the public today explains many peculiar features of this election, from the sterility of the campaign to the apparent uncertainty of the outcome. It is an advert for the crying need for some new politics to give people something worth voting for.