Ella Whelan talks to Nigel Farage and Will Scobie in Thanet. 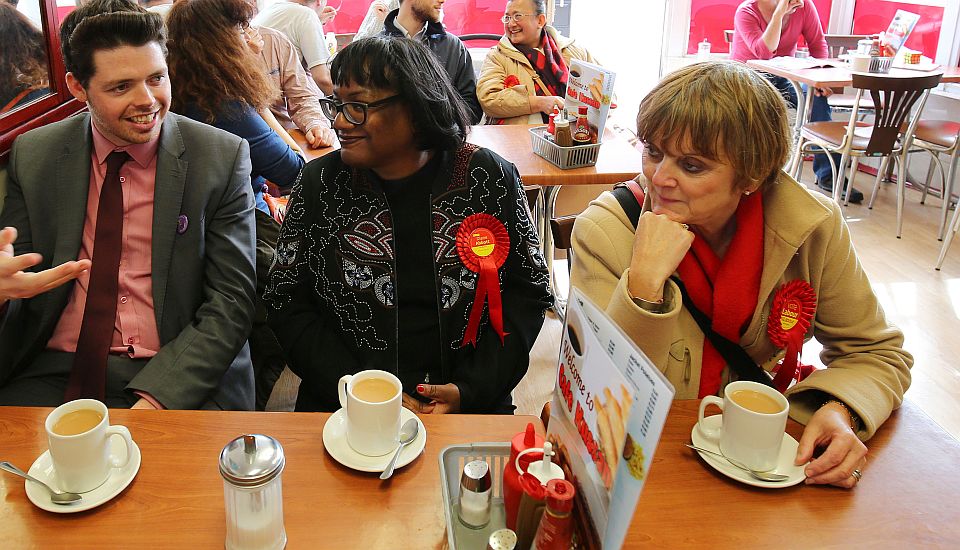 On Sunday, Ramsgate, a coastal town in the constituency of South Thanet, hosted two big political events: a UKIP General Election drive and a counter-event, the Labour-organised ‘Save Thanet’ campaign.

Given the much-publicised face-off between the UKIP leader and South Thanet parliamentary candidate, Nigel Farage, and the Labour Party candidate, Will Scobie, I arrived in Ramsgate expecting every street to be a battleground of political signage. Yet as I walked into the centre of town, I could not see a single political placard or poster anywhere. In fact, the only party advertising I came across was a bizarrely crowded patch of UKIP billboards on an intersection near an Asda superstore.

It was hard to work out if anyone in the town was aware of the big showdown between Labour and UKIP. It seemed that the only people braying about a day of anti-UKIP action were the tweeters on their way down to Ramsgate from London. The first that the locals I spoke to had heard of the weekend’s protest was when I told them about it. And none of them seemed that impressed.

Sitting in Mr Beano, the local café, having eaten enough bacon sandwiches to make Ed Miliband weep, I got talking to Chris and Ellie, a young couple from Ramsgate. They explained that they would be voting on the basis of local issues, and, as it stood, they were going for UKIP. ‘Labour ruined the area’, Chris told me. ‘More of the votes around here will be about changing the local area because it’s turning into a shithole.’ When I asked him why he was voting UKIP, he said that South Thanet UKIP councillors were local people, people he recognised in the community. He saw a UKIP vote as an ‘everyday-people-can-actually-have-a-say type of vote’. Chris contrasted this to Labour, which he described as ‘all being cut from the same cloth’ and ‘seriously looking after themselves’. Speaking to Chris and Ellie, there was a tangible class antagonism between what is seen as a middle-class Labour Party and the everyday electorate.

Thanks in no small part to the conflicts playing out in Ramsgate, the media have been quick to caricature South Thanet. It has been painted as home to the dark side of British politics, featuring people who talk about ‘negroes’. Many metropolitan commentators have treated South Thanet as the nation’s embarrassing relative, who ruins polite conversation at dinner.

Despite the incessant media glare, however, Labour’s weekend call to arms clearly fell on deaf ears. Labour’s big anti-UKIP rally could barely fill a room. Still, there they were, old Labour hacks and young buzz-cut socialists, gathered downstairs in a seafront pub, competing with each other over who hated Farage and his posse the most while downing cups of peppermint tea.

I sought out Save Thanet’s main man, Will Scobie, the young Labour candidate in South Thanet. When I put Chris and Ellie’s complaints about Labour’s aloofness to him, he admitted ‘that people feel very let down by, and disconnected from, politicians’. His solution? ‘We need to make politics genuinely local.’ So what exactly does this go-get-’em lad mean by local? He tried to answer by talking a bit about providing more doctors for the area, but his main focus was on South Thanet’s image. He said the UKIP ‘circus’ and pro-Farage support had given South Thanet a bad name. This was a telling statement. Without realising it, Scobie illustrated precisely the type of contempt and embarrassment which Chris and Ellie had felt emanating from Labour and its supporters. No wonder the irony of having to ship over half of his supporters for his ‘local’ campaign from London was seemingly lost on Scobie.

The lead act in the Save Thanet show wasn’t Scobie, though. It wasn’t even a Labour big wig. It was columnist Owen Jones. In fact, with its mix of minor-celebrity posing and anti-UKIP sentiment, Labour’s day of action had very little to do with Labour at all. There was barely any red on display, including on the campaign badges, which were invariably a vibrant purple. In fact, if it wasn’t for the Doc Martens and Birkenstocks, on first impressions you might have thought you’d stumbled upon some odd UKIP fundraiser.

A young man from Clapham, who seemed to be administrating the event, admitted that the Labour Party was ‘using UKIP as a means of mobilising people and getting people to take a stance’. As I looked down at the leaflet in this think-tank hopeful’s hand, I began to see how weird Labour’s tactics had become in South Thanet. Not only was the frontpage dominated by UKIP-themed slogans, Scobie was actually wearing a purple tie. The yellow text merely completed the UKIP effect.

Campaign tactics aside, what was clear from my brief exposure to life as a Labour canvasser was the extent to which the Labour Party was using a politics of fear to communicate with the electorate. It was almost trying to shame people into voting Labour. It was playing on middle-class prejudices about working-class oiks, and attempting to show the ill-educated the light of Labour.

Seemingly unbeknown to Scobie and the gang, Farage wasn’t even in Ramsgate on Sunday, which made their bizarre anti-UKIP happening seem all the more ridiculous. As I left the small army to its afternoon of saving locals, I came across two pensioners, Sue and Ivy, enjoying the sun with their Jack Russell. They, too, were unaware of the anti-UKIP brigade’s presence. They told me they were probably voting UKIP, but ‘it’s very difficult, because whoever you vote for, you never get what you want’. Interestingly, Sue and Ivy’s best-of-a-bad-bunch sentiment was echoed by three young local Labour canvassers, who told me, ‘if you look at all our options, [Labour are] kind of the most feasible’.

After a picturesque drive through the sleepy Kent countryside I arrived in Sandwich, and blagged a lift to Farage’s crew with a group of young suited-and-booted UKIP canvassers. The UKIP party bus was less glamorous than I had imagined. But it was a better fit with the everyman image Farage has been keen to cultivate.

Conversation was difficult in the back of the stickered transit van. My attempt to discuss Labour’s patronising view of voters was repeatedly met with refrains of, ‘I’m not a racist, I’ve never met any racists in UKIP’. Farage’s canvassers seemed to be almost as defensive as Labour’s. Perhaps my unannounced appearance on a quiet street in deepest, darkest Kent left me suspect as an undercover Labour saboteur.

Fortunately, Farage had a slightly more detailed take on Labour’s attempts to chase him out of town. ‘The Labour Party will at some point before too long face an existential crisis’, he told me. ‘It used to be the party of the working class, but it’s now become a party of the corporate middle class which is the supreme irony of its whole position.’ As for Labour’s threats to run him out of town and silence his supporters, Farage was nonplussed. ‘A fantasy’, he said.

Having left Farage and the UKIP party bus laughing at his smoking caricature on the purple badge, what struck me was the lack of big political ideas in all the conversations I’d had. The locals I spoke to in Ramsgate were only interested in which candidate would make life better for them in their constituency, which makes sense given there is absolutely nothing engaging or inspiring about Westminster politics. This narrowness was echoed by both Labour and UKIP, both of whom seem to be fighting to run a local shop for local people. Labour’s campaign, in particular, was entirely lacking anything positive to offer the public. In fact, the campaign to chase Farage out of South Thanet is really an attack on politics, a shutting down of debate and a deliberate attempt to silence the type of opinions that polite society can’t handle. Wearing stickers emblazoned with the Gordon Brown-esque ‘Beat the bigots’, Scobie seemed oblivious to the extent to which he is playing up to his image as a middle-class boy who locals cannot stand, let alone be persuaded to vote for.

Labour’s spineless politics, using fear and shame, won’t change opinions or generate interesting discussion. The television debates may have left the public lukewarm, but campaigns which demonise certain points of view leave still more stone cold. Labour has not only lost its club jacket as the party of the working class; with campaigns like Save Thanet, it shows that it has no idea who it claims to represent at all. To add insult to injury, Scobie has just asked voters online to ‘Play Lego in South Thanet’. And some say politics has dumbed down.

The major parties’ infantilisation of the electorate is a depressing trend. Conversations about what society wants and needs are replaced with censorious fads or gimmicks like the Save Thanet campaign. This election promises to showcase just how hollow and meaningless parliamentary politics has become. And Labour is the biggest culprit of them all.