The Anthropocene: a manmade epoch

An anti-human agenda lies behind the advocacy of a new geological epoch. 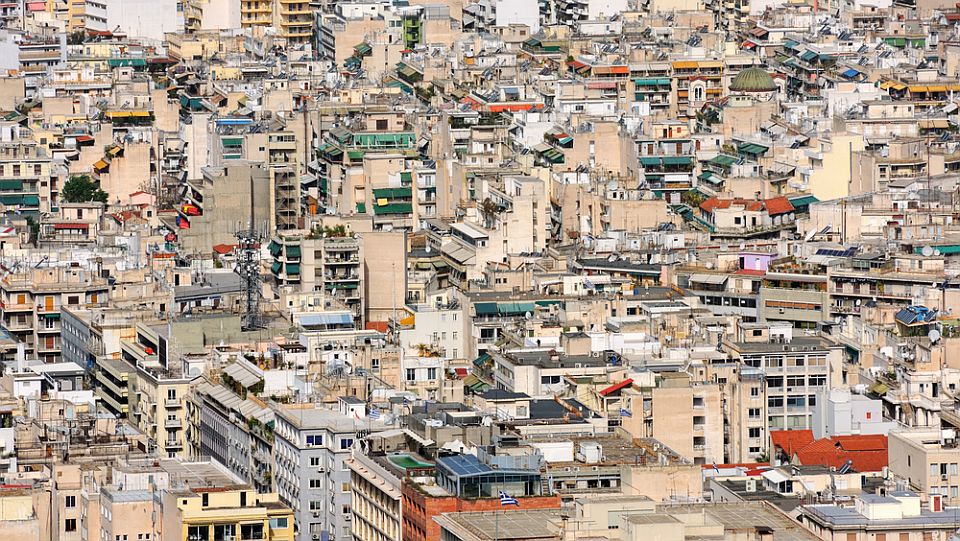 Have humans become a ‘geological force’, capable of influencing the natural environment on a planetary scale? Are we now responsible for so-called natural disasters like floods, hurricanes, droughts and even earthquakes? Have we changed the climate beyond its natural variability, pushing the Earth into a new geological epoch, the Anthropocene, where ‘humanity has become a planetary force, on a par with the geological or climatic forces used to define phases of Earth history’? (1)

The idea of the Anthropocene first started to gain credence in 2000 when scientists Paul Crutzen and Eugene Stoermer started using the term. However, it is only in the past few years that the idea that humans have created a new geological epoch has really gathered steam. The Anthropocene has been widely embraced in academia, not only in the sciences but in the humanities, too. It serves as the title for numerous books and two new academic journals (the Anthropocene Review and Anthropocene). In October 2014 the International Commission on Stratigraphy commissioned 37 scientists to determine whether the Anthropocene should gain official recognition as a new geological epoch. The commission will give its verdict in 2016.

So, what is a geological epoch and have we forced the planet into a new one? The classification system for geological time divides the earth’s history into eons, eras, periods, epochs and ages. Eons are the largest classification, spanning half a billion years or more. Ages are the smallest but can last for thousands or even millions of years. Classifications are based upon major changes in earth’s history, such as mass extinctions and/or major climatic shifts. For example, the Jurassic Period (201million to 145million years ago) began when with the break-up of the one giant supercontinent (Pangea) into two landmasses. This tectonic change helped to shift the climate of the continents from dry to humid and allowed reptiles to thrive.

The most recent epochs are the last ice age, the Pleistocene (2,588,000 to 10,700 years ago), and the current inter-glacial epoch known as the Holocene (from 10,700 years ago to the present). Scientists are proposing that we are entering a new epoch: ‘There is clear evidence for fundamental shifts in the state and functioning of the Earth System that are 1) beyond the range of variability of the Holocene, and 2) driven by human activities and not by natural variability.’ (2) In other words, anthropogenic processes, including resource extraction, agriculture, urbanisation and climate change, are of such a magnitude and scale that we humans are now the major force driving environmental systems, rather than the earth’s tectonic, atmospheric and biological systems. But is this true?

Looking at the climate, records from ice-core samples show that over the past 400,000 years, the earth’s climate has fluctuated between ice ages and inter-glacial periods (3). Variations in insolation, ocean currents and atmospheric circulation have been brought about by minor changes to the axis of the earth’s rotation, cyclical variations in the elliptical shape of the earth’s rotation around the sun, sun-spot activity and the movement of tectonic plates that make up the earth’s crust (both horizontal and vertical). The natural forces that shift the climate between ice ages and inter-glacial periods are still at work, but mostly operate on a scale of thousands of years. By themselves these forces are predicated to bring about an end to the present inter-glacial period in the next 2000 years, plunging the planet into the next ice age, which poses a far more serious challenge to humanity than the 0.75 degree celsius rise in surface temperature since the end of the nineteenth century.

Some scientists have suggested that elevated CO2 levels resulting from anthropogenic activity may offset any decline in insolation and arrest the onset of the next glaciation (4). However, looking at the longterm temperature pattern of the Holocene (the past 11,700 years), there is nothing to suggest that we have moved beyond the present epoch (5). Have we artificially extended the current inter-glacial period through an enhanced greenhouse effect? We just don’t know. Although, of course, it might be a good thing if we have. Yes, we have seen global warming over the course of the past 100 years, but this has not taken us beyond the range of temperatures experienced in the Holocene. This raises the question: why the rush to designate a new geological epoch?

The difficulty of proving that we have left the Holocene has not stopped the quest to proclaim the onset of the Anthropocene. Some suggest it began with the so-called great acceleration in postwar human activity. Others go back to the Industrial Revolution at the end of the eighteenth century, or even the development of agriculture some 8,000 years ago.

The futility of searching for a date when humanity became a ‘planetary force’ shows the cracks in the story of the Anthropocene. Humans have, of course, had a growing impact on the planet, as our numbers, resource use and technology have grown in magnitude. However, this is neither new, nor are we the only species to have had a significant impact upon environmental systems. Blue-green algae (cyanobacteria) living in oceans changed the climate through photosynthesis, creating the conditions for a diversity of organisms to thrive. What is different about humanity is that we can consciously influence the environment. The fact that we have sometimes adversely affected environmental conditions (for example, the American ‘dust bowl’) shows that we have not been conscious enough.

In searching for the onset of the Anthropocene in the history of humanity’s relationship with nature, scientists seem to be looking for something other than a geological marker. It is not insignificant that many Anthropocene advocates are social scientists and that the original idea was proposed by a chemist and a biologist rather than geologists. The purpose of geology is to explore the history of the planet and its organisms on a geological timescale, not a human one. Rocks provide evidence of past climates, environments, their inhabitants and the tectonic movement of the earth’s crust, in the same way documents provide the raw material for historians. While it will indeed be possible to see the mark of humans (for example, plastics, nuclear isotopes, changes in sedimentation patterns) in the future sedimentary record, this is not really a debate about rocks.

Most Anthropocene advocates are not really interested in rocks or exploring the history of the planet. Their interest lies elsewhere – with humans and their way of life.

Some scientists are explicit that the Anthropocene is a political category, that it signals ‘a crisis in our fundamental conceptual categories and our relation to the planet’ (6). It is clear that there is an agenda lurking behind the debate about geological and climatic forces. For example, one article concludes: ‘The Earth’s carrying capacity will not allow for the projected human population to sustain itself by the energy standards of the current industrial regime, not least because fossil fuels are a finite resource. Thus a transition to another regime is inevitable, and it may re-link human population and land use in novel ways.’ (7)

Another author reaches a similar conclusion: ‘The world’s now urgent need to curtail non-renewable energy use and constrain depletion of forests, aquifers, soils and coastal ecosystems and nitrogenous fertiliser use.’ (8) For these authors, it would seem that the Anthropocene is a way of expressing their anxiety about the expansion of resource use and population growth. The ‘new regime’ that is being proposed is one where we forgo modern assumptions about our separation from and mastery over nature. Instead, we need to ‘re-link human population and land use’ and curtail our ‘non-renewable energy use’.

Here, science, by seeking to tell us how we should live, has become political. ‘In the Anthropocene the task is no longer to map the Earth, but the tangled webs of geophysical becomings in-between humanity and the Earth’, suggests one advocate (9). Let’s just pause a minute and think about what is being said here: that sciences should no longer aim to map and make sense of how phenomena are arranged across the surface of the world?

If there are seismic shifts taking place today, it is in the field of scientific inquiry and our interpretation of our relationship with nature. For instance, professor of human geography Mark Whitehead writes, in a piece called ‘Greening the Brain’, that we can promote environmental behaviours that ‘utilise the insights of behaviour psychology to prompt human actions away from mass consumption and towards more sustainable patterns of behaviour’ (10). While geographers have long since explored how people interact with their environment, the purpose was to understand the nature of this interaction and its spatial consequences. Now it would appear that some geographers are more interested in changing behaviour and lifestyles.

Geologists, too, seem more interested in study of human impacts on the planet, than the study of rocks. Jan Zalawasiewicz, the chair of the International Commission on Stratigraphy, welcomes a ‘new kind of stratigraphy’ that explores the evolution of ‘technofossils – the preservable material remains of the technosphere’ (11).

However, this is not just an academic debate about a post-human world. It is also reflects a cultural shift in which humanity is seen as a problem rather than as a source of potential solutions. Following Hurricane Katrina’s devastating impact on New Orleans in 2005, The Economist ran an article suggesting that ‘after Hurricane Katrina, the balance between protecting people from nature, and protecting nature from people, has become an urgent matter of public policy’. Now hurricanes are not just seen as highly destructive weather systems resulting from particular atmospheric and oceanic conditions; they are seen as the product of our wrongdoing, a consequence of anthropogenic global warming. We saw this narrative repeated after Typhoon Haiyan in 2013 and the flooding across the south of England in 2014. Nature must now be protected from our sinful way of life, they say, and if we don’t change our ways to live in harmony with nature we only have ourselves to blame for the consequences. Even earthquakes are now increasingly being blamed on drilling, mining and construction.

On closer analysis, the Anthropocene looks more like a political and moral category than a geological one. Anthropocene advocates are telling us that we must live within natural limits: don’t build on floodplains; don’t consume non-renewable energy; don’t deplete natural resources.

Ironically, a world in which humans constantly tried to limit their impact on nature would make us more unsafe. We would be exposed to nature’s whims, not protected from them. Catastrophes such as the 2004 Asian tsunami, which was responsible for the loss of over 200,000 lives and caused devastation across three continents, should remind us that we not nearly powerful enough when it comes to influencing planetary forces. We need greater mastery over nature, not less. And for that we need scientists to stick to science.

Alex Standish is a senior lecturer in geography education at University College London.

(1) ‘A Sociometabolic Reading of the Anthropocene: Modes of Subsistence, Population Size and Human Impact on Earth’, by M Fischer-Kowalski, F Krausmann and I Pallua, The Anthropocene Review, 1(1), 201, pp8-33

(7) ‘A Sociometabolic Reading of the Anthropocene: Modes of Subsistence, Population Size and Human Impact on Earth’, by M Fischer-Kowalski et al, The Anthropocene Review, 1(1), 2014, pp8-33

(9) The Anthropocene and the End of the Geographical Imagination?, by E Huijbens, Conference session proposal for RGS-IBG Annual International Conference.

(10) Environmental Transformations: A Geography of the Anthropocene, M Whitehead, Routledge, 2014