Why shouldn’t working people own their homes?

Anger over right-to-buy sums up the left's municipal miserabilism. 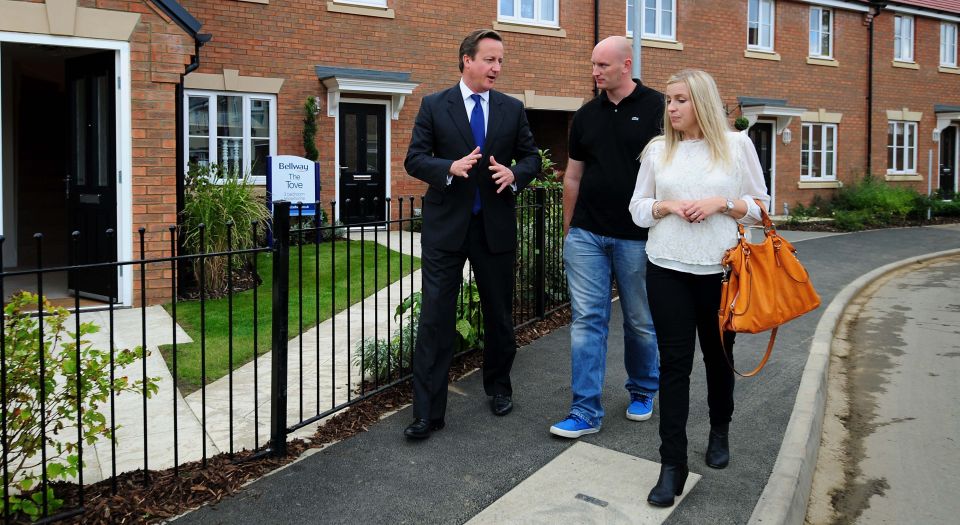 David Cameron is channelling Maggie Thatcher when he says the tenants of housing associations should have the right to buy the homes they rent. She won working-class voters over by letting them buy their council flats. The left have never forgiven her. Today, they are channelling the left-wing critics of that scheme in the 1980s, complaining that Cameron’s selling-off of housing association properties will increase homelessness.

‘Where will your children live?’, demands Owen Jones. In houses and flats, Owen, just like before. The proposal is not to demolish homes, but to change the legal title of ownership, from being owned by the housing association to being owned by the current tenants. Jones objects that the problem is that too few homes were built. He is campaigning for a Labour vote in this election. But he has not so far pointed out that under the Labour governments from 1997 to 2009, housebuilding fell short every single year, creating the problem we face today.

In the New Statesman, Jonn Elledge mocks the Tory proposal as meaning ‘the only way to make sure we have enough houses is to give away houses’. That would seem to be very clever. How could we have more homes by giving them away? The answer is that the ‘we’ who are giving the homes away is ‘we’ the housing associations. The people that they are proposing to give them to – sell them to, in fact – is the people who live in them. The stock is not lost to its tenants; they just become owners. The stock is lost to the housing associations.

Of course it is right to say that the reform will not solve the housing shortage (for the same reason that it will not make it any worse). Changing the titles of ownership will not increase the number of houses. The underlying problem is not whether they are rented or bought, but whether there are enough of them to house the people that need them. And currently there isn’t.

By the same token, though, the left is lying when it says that the sale of housing association stock will reduce the overall housing stock. Assuming that the sale of housing association flats follows the pattern set by the sale of council flats, there will be only three reasons why people will buy them: to live in, to rent them to someone else, or to sell them to someone else. Whoever owns the properties, they will have no interest in keeping them empty. With prices and rents as high as they are, it should not be surprising that the number of empty homes is at an all-time low.

Although today the left has leapt to the defence of housing associations, demanding that their stock be kept in the ‘public sector’, it initially opposed the housing associations, viewing them as an act of privatisation. The Campaign for Council Housing says that ‘Registered Social Landlords (RSLs or housing associations) are private companies’, and further, ‘RSL board members are often paid, executives are on fat-cat salaries, and banks and lenders are in the driving seat’.

The underlying meaning of the left’s hostility to the sale of council houses back then, and its hostility to the sale of housing association homes today, is a dread of ordinary people getting control over their own lives. In his 1989 manifesto, Ken Livingstone ruefully admitted that the ‘subsidised’ (how dare they!) sale of council homes to tenants undermined support for the Labour Party. So much of the left’s ambitions to social reform and improvement have gone by the wayside, but one thing remains: their determination that only they can be trusted to govern the lives of the less well-off. What is left of municipal socialism but the grim attempt to withhold home ownership from others?

So far, most reforms to the housing market that have been proposed fail to address the underlying problem, which is a shortage of homes, or as Elledge rightly says: ‘We need to build more bloody houses.’ The Tory proposals to allow housing association tenants to buy their homes will not fix that. Nor will the Labour proposals for more assistance towards buying homes.

The only real way to address the shortage is to build more homes. Arguing over the terms of the contracts under which they are occupied, whether through renting, social renting or outright ownership, is a secondary question. All the same, the left’s instinctive hostility to working-class home ownership is a telling psychological tic, showing us that they still think of hoi polloi as unworthy of the home ownership that they enjoy.