Lee Kuan Yew: the last of the great authoritarians

Love him or loathe him, he had something his successors lack. 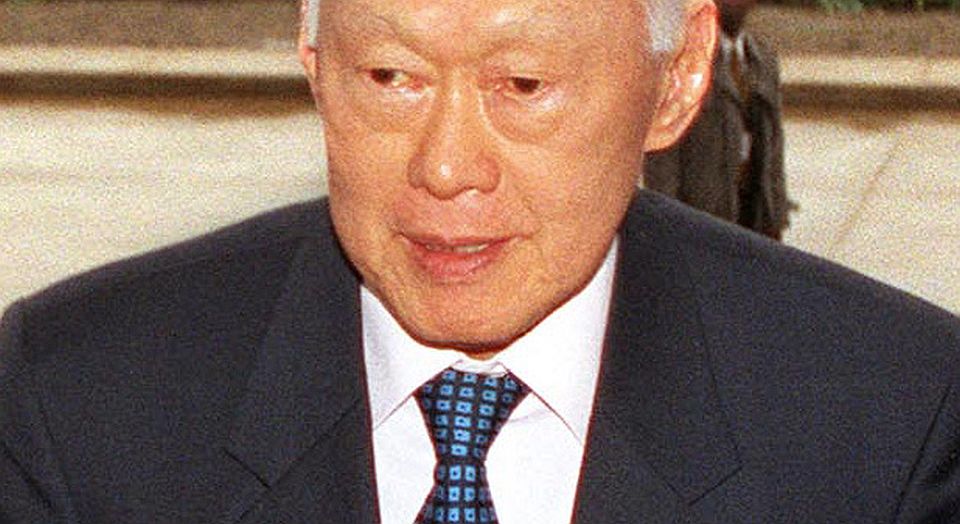 Lee Kuan Yew – the founding father of modern Singapore – has died aged 91. He was a controversial figure. Revered by many, despised by others, his aura became such that, in recent years, few people dared say his name in public – preferring to call him either ‘LKY’ or ‘the old man’.

Brought up under British rule, and educated in law at Cambridge, Harry Lee, as he was known then, became the figure the British could do business with (as did Gandhi in India) in the period of postwar decolonisation. His memoirs and actions revealed that he imbibed many of the racial caricatures and elitist prejudices of the British.

When he became the first prime minister of Singapore in 1959, he inherited and made full use of the Internal Security Act, which allowed for the preventative detention of individuals indefinitely without charge or trial. Accordingly, under the guise of anti-Communism, and in the shadow of the Malayan Emergency, he advocated for the internment of many of his former allies in the early 1960s. Several of whom – figures virtually unknown in the West – remained in prison until the early 1990s, for periods on a par with Nelson Mandela’s incarceration.

The fact that many of these prisoners managed to maintain their political beliefs with considerable dignity throughout their internment is a tribute to their courage. The recriminations over what exactly occurred are likely to resurface in the wake of Lee’s death. Singaporeans will re-examine their past, with accusations of historical revisionism from one side meeting considerable evidence of concealment by government, media and academic lackeys from the other.

The swamps-to-skyscrapers narrative, the idea that Lee pulled Singapore from a Third World to a First World country in the space of a single generation, is now being questioned, though developments in housing and infrastructure are still likely to be his abiding legacy. Singapore’s development was undoubtedly assisted by Western interference in both of Singapore’s neighbouring states – most barbarically in Indonesia, where more than half-a-million lost their lives during the CIA-backed anti-Communist purges of the mid-1960s. This period gave rise to the myth of Asian values, and of non-interference, which served to conceal domestic suppression.

Many foreigners may be familiar with Singapore as the ultra-clean city-state which, alongside the draconian regulation of jaywalking and chewing gum, continues to restrict freedom of expression and sexuality. But anyone who has spent time in its heartlands will know there is little enforcement of such petty rules. Police are noticeably absent on the streets. Rather, such codes have been ingrained in people’s heads. Smear campaigns against opposition parties and systematic electoral gerrymandering has meant dissent in Singapore is muted.

The People’s Action Party (PAP) – established by Lee in 1954, with a logo strangely reminiscent of that of the British Union of Fascists – has accordingly run Singapore since the late 1950s. Lee was prime minister at the time of Singapore’s merger with, and forcible ejection from, Malaysia, and remained in power until 1990. After that, he became senior minister and minister mentor, and continued to loom large in the background of Singaporean politics, even with his son at the helm, as he remains today.

Born, like many nations, in a period of great conflict, it may have been inevitable that Singapore came to be steered for so long by a leader like Lee. While many may focus on his authoritarian rule or politically incorrect views, it is likely that the greatest failing of the incredibly wilful, last-of-a-kind individual that was Lee Kuan Yew was his inability to instil the same sense of conviction in his successors. Singapore now faces being governed by largely uninspiring bureaucrats for the foreseeable future.