The Hampstead cult that wasn’t: the Satanic panic revisited

In the current climate, it’s all too easy for fantasists to be taken seriously. 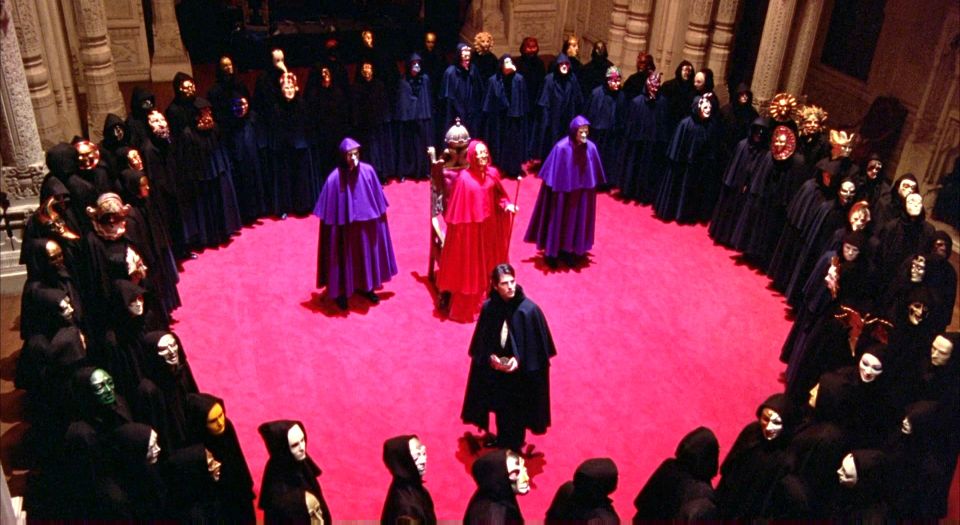 On Thursday 19 March 2015, the High Court released an astonishing judgment in the case of P & Q (Children: Care Proceedings: Fact Finding). Mrs Justice Pauffley of the family division found, after a hearing lasting 11 days, that: ‘There was no Satanic cult at which babies were murdered and children were abused.’

Twenty-one years after Professor Jean La Fontaine produced her report for the Department of Health, confirming the absence of any convincing evidence for the existence of Satanic ritual abuse (SRA) in the UK, it is extraordinary that any court should have to conduct a similar inquiry. But it’s a sign of how unhinged British society has become on the subject of child abuse that the repetition of such far-fetched claims now warrants prolonged judicial scrutiny.

Unusually for the family courts, this ruling names names, except for the children, whose anonymity is protected by court order. Mrs Justice Pauffley made short work of the claims, which were drilled into two children by their mother Ella Draper and her new partner, Abraham Christie. Draper had for years been locked in a battle over contact with the children’s birth father, Ricky Dearman. When Christie came on the scene last year, he made a scene at the children’s school, Christchurch Primary School in Hampstead, alleging that the teachers were poisoning them.

In August, Draper and her new partner took the children abroad on holiday. During their travels, they took a series of film clips of the children describing, in the most lurid terms imaginable, their involvement in scenes of horrific abuse and mass sacrifice. Draper and Christie set out to fabricate these accounts in sessions described as ‘brainstorming’. The clips consist of Christie interrogating the children, including encouraging them to chant ‘Kill, kill, kill’. In September, Christie showed the clips to his brother-in-law, who contacted the British police. Bizarrely, the police declined to view these clips, and instead sent them to a property store in Chingford.

The gist of the ‘disclosures’ was that the Draper children, referred to in the case as P and Q, were part of a large group of children from north London who had been sexually abused, and who belonged to a Satanic cult in which there was significant paedophile activity. The stories feature the usual outlandish paraphernalia of SRA and ritual/organised abuse fantasies. Thus, the cult was supplied with babies ‘from all over the world. They were bought, injected with drugs and then sent by TNT or DHL to London.’ Their throats were slit, their blood was drunk, and cult members would then dance wearing babies’ skulls. P and Q asserted that their own father had involved them in decapitating babies. Christie is heard asserting that ‘snuff movies of the babies’ were made and sold ‘all over the world’. Cult members, P and Q said, also anally abused children with ‘plastic willies’.

As well as the children’s school, Christchurch Primary in Hampstead, seven other local schools were named. East Finchley swimming pool was also said to be another venue for the paedophile ring. Rituals were also, allegedly, performed in an upstairs room at a McDonald’s restaurant, where babies were cooked in a secret kitchen, and then eaten by cult members.

The children’s father, Ricky Dearman, was said to be the leader of this cult; other prominent members included the children’s headteacher, another teacher, a priest at a nearby church, parents of other children, social workers, Children and Family Court Advisory and Support Service (CAFCASS) officials and police officers. In all, the family claimed that over a hundred people were involved in ‘doing sex’ to the children.

The judge noted that the video clips had been released on the internet, and that over four million people had viewed them. Activists had published the names, addresses and phone numbers of various alleged cult members, who were threatened as a result. Perhaps unsurprisingly, Draper and Christie declined to attend court. The children’s father and grandparents came, and were comprehensively exonerated.

‘In the realms of fantasy’

The children then retracted all the allegations, stating that Christie had made them say these things, and claiming that he had been physically cruel, pouring cold water over them in their underwear, beating them and ‘asking us questions again, and again, and again’. The children said they did not wish to see their mother or Christie. Hair analysis showed that the children had been given cannabis over a period of months, presumably to obtain their compliance.

The judge concluded: ‘I am able to state with complete conviction that none of the allegations are true. I am entirely certain that everything Ms Draper, her partner Abraham Christie and the children said about those matters was fabricated. The claims are baseless. Those who have sought to perpetuate them are evil and/or foolish.’

The judge said that the prolonged contact dispute between the children’s birth parents provided fertile ground for false allegations of abuse, as did Christie’s criminal record for dishonesty, drugs offences and violence. The case is an ugly reminder of how easy it can be, in the current febrile climate, for a couple of warped individuals to promote their own dystopian fantasies, oblivious to the very real psychological harm done to children like P and Q, and the turmoil inflicted on large numbers of innocent people as a result.