Hillsborough: blaming one top cop is a cover-up, too

It took more than an incompetent commander to cause 96 deaths. 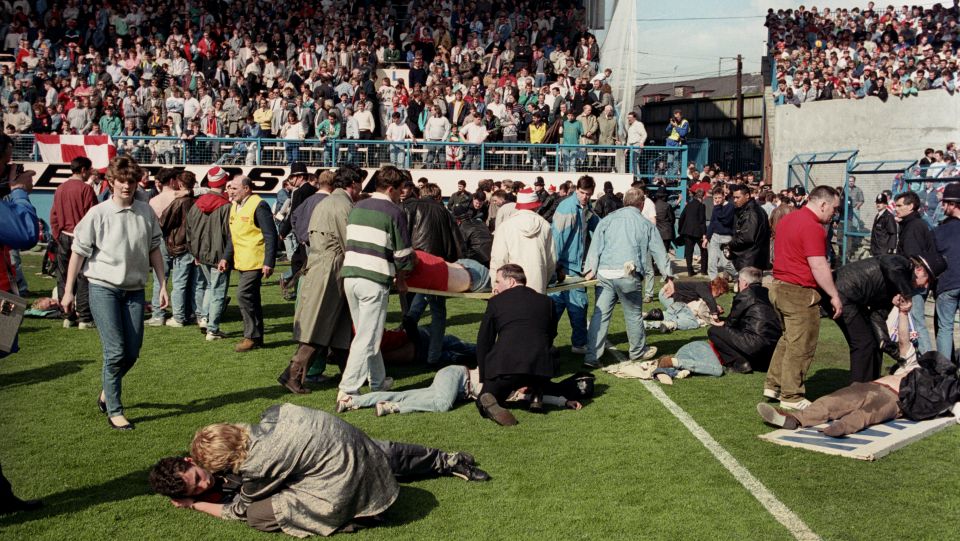 The British authorities spent two decades trying to frame Liverpool fans for the 1989 Hillsborough disaster, when a crush on overcrowded terraces led to the deaths of 96 supporters. Now, in a bizarre twist of tragedy repeated as farce, they are trying to set up one of their own – the senior police commander on the day – to take the fall.

There have been, to coin a football phrase, extraordinary scenes over the past week at the renewed inquests into the Hillsborough deaths, organised after the original inquests were condemned as part of an official cover-up. The inquest has heard several days of evidence from David Duckenfield, the former chief superintendent from South Yorkshire Police who was in charge of the FA Cup semi-final between Liverpool and Nottingham Forest played at Sheffield Wednesday’s Hillsborough stadium on 15 April 1989.

In the course of his lengthy questioning by several barristers, ex-CSI Duckenfield effectively accepted responsibility for the disaster. He agreed that his order to open a gate to relieve overcrowding outside the stadium, without closing the internal entrance to the tunnel that enabled several hundred Liverpool fans to rush into the already overcrowded pens on the Leppings Lane End terraces, had been the ‘direct cause’ of those 96 deaths. Asked if he ‘froze’ as the crisis unfolded, Duckenfield said he had been in ‘a state of shock’. A newly appointed CSI at the time, with little experience of policing football matches, Duckenfield confessed that he had made a ‘serious mistake’ by accepting responsibility for such a major public event, because ‘probably I wasn’t the best man for the job on the day’. He denied being involved in any cover-up or conspiracy, but admitted that he had lied in 1989, when he initially denied ordering the gate to be opened and instead claimed that the Liverpool fans forced their way into the ground.

The former police commander’s belated confession was remarkable. So was the fact that the top barrister suggesting he accept responsibility for the deaths was acting on behalf of the Police Federation of England and Wales. Long gone are the days when the police, the political and legal elites and the media could form a solid united front in a sustained effort to fit up allegedly drunken, violent Liverpool fans for the disaster. Now they are falling apart in a public display of mutual recrimination and finger-pointing, with ex-CSI Duckenfield the prime suspect in the dock.

At long last, it appeared to many, the truth about who was responsible for Hillsborough had officially been acknowledged. ‘Justice for the 96: police chief finally accepts blame’, announced the front page of the Independent on 18 March. This, it seemed, marked the end of what another barrister at the inquest described to Duckenfield as ‘the creation of a false narrative that sought to blame the Liverpool fans for what happened and sought to conceal the truth about your failings and the failings of other senior South Yorkshire police officers’.

There is no doubt, as we have consistently argued on spiked, that there has been a long-running official cover-up of the truth about Hillsborough. From the day in April 1989 when the Sun published its infamous front page under the headline ‘The Truth’, repeating false claims from top cops and Tory MPs that drunken hooligans had caused the disaster, robbed the dead and urinated on rescuers, there was a sustained attempt by the authorities and the media to frame Liverpool fans for those 96 deaths.

But putting all the blame on what one former South Yorkshire police commander did on one day is another kind of cover-up. Like the efforts to frame the fans, it distracts attention from the role of the wider British establishment in waging a war on football fans that made such a disaster almost inevitable. Nobody could claim that Duckenfield is an innocent scapegoat. But the blame for Hillsborough goes way beyond this slightly pathetic-looking, PTSD-suffering 70-year-old shell of a former top cop who was retired on medical grounds two years after the disaster.

The bigger guilty parties were the political and police elites who led a crusade against working-class football fans as hooligans and scum through the 1980s. Exposing what was really behind Hillsborough is not only an important matter of historical record. It also matters because, despite everything that has changed around football over the past quarter century, those underlying official attitudes still prevail today.

The evidence at the inquests has largely focused on the minutiae of what happened on that Saturday afternoon in Sheffield, technical issues such as who said exactly what to whom when and whether sufficient contingency plans were in place. This risks a can’t-see-the-wood-for-the-trees situation and misses the wider context in which those events unfolded.

There are far bigger questions that are not being asked. Why, for example, were thousands of fans routinely penned and locked into steel cages to watch a football match – cages without which there would have been no fatal crush on the Leppings Lane terraces? Why could it be thought normal to herd Liverpool fans into those packed pens without any thought for what might happen inside? And why, when supporters tried to escape the resulting crush, was the well-trained reaction of the police to treat it as a riot to be controlled rather than a disaster?

The short answer is that these things all happened because football fans were officially viewed as a cross between animals and prisoners of war. People who went to football in those days, especially as away fans, knew that any big match could have been a Hillsborough waiting to happen. That was one reason why many were never taken in by the police-political-media cover-up, but sensed The Truth about Hillsborough from the first.

On spiked and in other publications, we have gone through the story of why Hillsborough happened many times since I first wrote about it days after the disaster (see Hillsborough: only half-remembered). Some of the key evidence has been repeated at the inquests, almost unnoticed, without attracting the same headlines as Duckenfield’s confession about his mistake in not closing that tunnel.

The jury has heard, for example, how the commander’s instinctive reaction to the unfolding events was to assume it must be hooliganism and to call, not for ambulances, but for police dog teams to be sent into the stadium; and how, while Liverpool fans lay dead and seriously injured, a police cordon was set up across the pitch to prevent them attacking the Nottingham Forest end. A few days before Duckenfield’s appearance in the witness box, a sergeant from Nottinghamshire Police told the inquest how fans trying to escape the crush were ‘thrown’ back into the locked steel pens by police officers. In a statement made shortly after the disaster, Sergeant Adrian Brazener had written that, ‘I saw many policemen throwing back persons into the crowd who were apparently trying to get on to the pitch’. Brazener, too, ‘honestly believed serious disorder would take place’. When he belatedly realised what was happening and started ‘carrying either living or deceased bodies out’, many police officers still stood in the way. And so it went on.

This is about something much more than individual mistakes, incompetence or inexperience. It reflects a systematic attitude towards working-class football fans that was instilled from the top down. Margaret Thatcher’s government even planned to single out football spectators as second-class citizens by forcing them – and them alone – to carry compulsory identity cards, a plan only reluctantly dropped after Hillsborough. The snobbish contempt for allegedly animalistic football fans ranged from the right-wing Chelsea chairman who wanted to erect an electrified cattle fence around the pitch, to a left-wing comedian who, just before Hillsborough, joked that rather than being allowed back into Europe, it would be better if English hooligans all stayed here and killed each other.

The official treatment of football crowds as a riot-in-waiting created the conditions in which a Hillsborough almost had to happen. And despite the way that football has been sanitised and gentrified in all-seater stadiums over the past 25 years, those underlying views of working-class fans as dangerous scum still prevail — as evidenced in everything from the hysterical reaction to the recent celebratory pitch invasion at Aston Villa to the jailing of a Rangers fan for singing a ‘naughty’ song.

There is no need to try to pretend that all of the Liverpool fans at Hillsborough were sober saints in order to point the finger at the authorities responsible for the tragedy. The approaching thirtieth anniversary of the Heysel stadium disaster, when 39 mostly Italian fans were crushed to death by a collapsing wall after being charged by Liverpool fans at the 1985 European Cup final against Juventus, is a reminder that trouble at football was not entirely a figment of the police state’s imagination. But none of that is an excuse for the war on fans that paved the road to Hillsborough.

If anything, the Liverpool supporters on that day – including those who, shock-horror, had a drink before the match – showed remarkable restraint. One police sergeant, who still tried to stick to the discredited old story and blame drunken hooligans, told the inquest that, as the disaster unfolded and people were dying, he witnessed ‘pure hatred against the police’ from Liverpool supporters, bitterly complaining that he had been shouted at, jostled and called ‘a fucking murdering bastard’. Which, in the circumstances of bodies piling up around them, might seem to many of us to have been a perfectly reasonable and rather moderate response.

Admitting that he had failed to cope with the disaster on 15 April 1989, former Chief Superintendent Duckenfield pleaded to the inquest, ‘But I am human’. True enough. A quarter of a century later, it might be something if that same concession of humanity could be fully extended to football fans.