Boris Nemtsov and the rise and rise of Russia-bashing

Blaming Putin for everything bad in the world is a dangerous game. 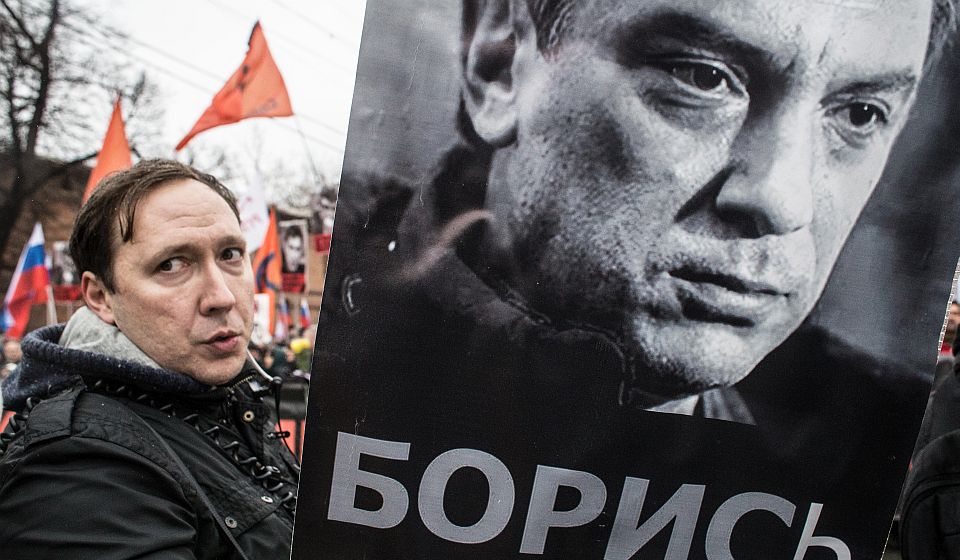 Aside from the culprits and maybe the investigators, nobody really knows much about the death of 55-year-old Boris Nemtsov. We do know that he was shot four times. And we do know that it happened on the Bolshoi Moskvoretsky bridge, in the shadow of Saint Basil’s cathedral, just metres from the Kremlin wall and Red Square. But beyond that, nothing, nada, nyet.

Not that the absence of knowledge has stopped Western media and politicians from indulging in dark, conspiratorial speculation. In fact, ignorance seems to have been indispensable for those wanting to suggest that, in some as-yet obscure, nefarious way, Russian president Vladimir Putin was responsible for Nemtsov’s death. That just makes sense, right? Nemtsov was a vocal, liberal critic of Putin. Therefore Putin, as a more ruthless, blu-ray version of Uncle Joe, must have killed him. Because that’s what Putin the Impaler does: he destroys enemies; he knocks off opponents; and he assassinates critics. ‘It has become a cliché to compare Putin’s Russia with Nazi Germany’, writes columnist Simon Heffer mid-cliché, ‘but the murder of political opponents with impunity was one tactic of that regime that it has in common with the one now prevailing in Russia’.

To give the Western media coverage of Nemtsov’s death its due, it has tended to be a little more subtle than Hitler analogies and puce-faced condemnation. The preferred approach of many pundits has been to imply guilt by association. Putin may not have ordered the hit himself, so the story runs, but he has created a climate in which the murder of political opponents, by, for example, some super-nationalist, Russian bear-hugging biker gang, has effectively become state-approved. ‘Putin and his obedient state news media have created an atmosphere of hatred that encouraged such violence’, writes one observer. A Guardian columnist paints an even bleaker picture: ‘The campaign of hate that has erupted over the past year is spiralling out of the control of those who manufactured it [ie, Putin and his cronies].’ As The Economist concludes, thanks to Putin, ‘the atmosphere in Russia is increasingly reminiscent of darker days from a more distant European past’.

The Western media, complimented by the many Western politicians keen to weep over the death of this ‘dogged fighter against corruption’, as François ‘le incorruptible’ Mitterrand described Nemtsov, seem incapable of seeing anything other than a manifestation of what they’re certain they already know: that is, Russia is a nation in the grip of Putin’s macho-nationalist mania, a society willing to stick the jackboot into liberals’ soft, treacherous bellies. Putin and his henchmen may not be pulling the triggers themselves, but they’re licensing those who are. This Russia, this aggressive, backward beast, pursuing imperial dreams without and persecuting gays and liberals within, is Putin’s Russia. He is a bad man, ‘a psychopath’, as one columnist described him, and today’s Russia is very much in his image.

This anti-Russia, Putin-demonising narrative is rehearsed across the Western media. Pundits line up to suggest that Putin is no more than a KGB thug in presidential garb, and politicians rush in to declare that Putin’s Russia, informed by imperial, expansionist dreams, poses a threat to the world order. They don’t need to know what happened to Boris Nemtsov because they already know what happened to Boris Nemtsov: by hook or, more probably, crook, Putin killed him. So unquestioned is the narrative of Putin’s evil-doing that thought is no longer necessary. Ironies abound here. Russia’s state-controlled media are frequently criticised by the Western commentators for telling a one-sided story. But the Western media are no better; their conformist, no-deviation-allowed, Red Menace redux is voluntary, their anti-Putin myopia is willing. Unlike their Russian counterparts, their Pravda-like reiteration of the one and only truth is by choice.

It shouldn’t be a surprise. Beyond the grotesquely wilful misunderstanding of the Ukraine crisis, the Western media have long proved themselves all too willing to believe the worst of Russia and Putin. Think, for example, of Surrey-based Russian oligarch Boris Berezovsky, who was found dead in his bathroom in March 2013. Newspapers described Berezovsky rather fancifully as ‘a latter-day Trotsky figure for the Russian authorities’, a figure whose ‘feud with Putin… would lead ultimately to his death at the age of 67 in exile’. There was no evidence to suggest he had been executed by the motherland. But that didn’t stop the speculation. Incredibly, even now, after a coroner said there was ‘compelling evidence’ of suicide; even now, after Berezovsky’s financial problems became apparent; even now, after news of his depression emerged; even now, after friends revealed he had talked about killing himself, some still cling to the idea that Putin probably ordered his death. Because that makes more sense to them than the idea that an ageing, depressed and financially ruined man with suicidal thoughts might just have killed himself.

Or take the Guardian’s foreign correspondent Luke Harding reflecting on his experience in Russia in the late 2000s. So convinced was he that Russia’s FSB had it in for him that he saw signs of their malevolence in everything from brusque border guards to housecleaning landladies. ‘Everything appeared normal’, Harding wrote of going home to his flat one evening. ‘And then I saw it. The window of my son’s bedroom was wide open… almost provocatively, defiantly so… The dark symbolism of the open window in the children’s bedroom was not hard to decipher: take care, or your kids might just fall out.’

This narrative, in which the evil hand of Putin is behind everything, from the innocuous to the tragic, makes a certain sense for Western pundits and politicians groping around for the moral highground. In Russia and Putin, they find their useful antithesis. Russia is posited as an aggressive, evil empire adventuring abroad, and an aggressive evil state at home, intent on picking off political opponents, anarcho-feminist punk bands, and Guardian journalists. The West… well, we’re the good guys – gay-friendly and all for press freedom.

There is one big problem with such juvenile, see evil, speak evil, hear evil posturing: it’s simply not true. Russia, surrounded by hostile groups – its Islamist problem, as Beslan and other recent events provided awful testament to, dwarfs that of Western Europe – and, increasingly, nations, is more beleaguered than belligerent. And Putin is not the revamped, rainbow-flag trashing Hitler or Stalin of liberals’ wet nightmares. He is simply an authoritarian, populist, and, yes, popular leader, looking to shore up support, ironically enough, by counterposing his own affected traditionalism to that of his Western caricaturists’ permissiveness.

But there is another big problem with the relentless anti-Russian posturing, in which the tragic murder of a politician is just another chance to damn Putin and invoke the 1930s: it makes mature diplomacy, in which opposing interests are calibrated, and compromises struck, increasingly impossible. What prevails instead is a far more volatile, unpredictable situation, a situation in which both sides increasingly confront each other as mortal enemies – moral antagonists in a war to the death. The easy demonisation of Putin’s Russia may make Westerners feel good, but it makes for potentially calamitous foreign policy.