Hating football fans: the opium of the elites

The furore over those racist Chelsea fans has been unhinged and ugly. 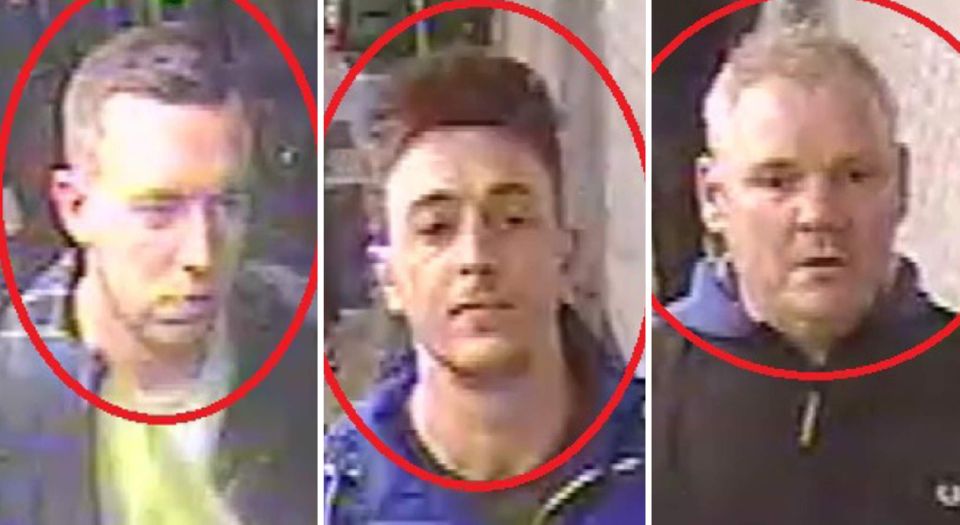 Now that those Chelsea boors who behaved terribly on the Metro in Paris have been condemned by the prime minister of Britain, the president of the French Republic, the Metropolitan Police, every footballing authority on the globe, no fewer than 33 articles in the Guardian, and even the United Nations High Commissioner for Human Rights — seriously — we’re basically only waiting to hear what the Pope and President Obama think of them. Why hasn’t the Vatican spoken out yet? And the White House? Do these institutions not loathe those three blokes with foul mouths as much as the rest of the civilised world does? Why have they not joined in the planet-wide condemnation of the Chelsea cretins? Shame on Francis! Shame on Obama!

Seven days after what I think we must now refer to as The Worst Thing That Ever Happened, this is the situation we find ourselves in: where the reaction to what those Chelsea fans did has become way more hysterical than what they actually did. Yes, they behaved in a terrible fashion, preventing a black man from boarding a train and then boasting about their intolerance with the chant: ‘We’re racist, we’re racist, and that’s the way we like it!’ Yep, they could be done for assault, because they also pushed the man, pretty hard. Alarming, ugly stuff. But what happened next was even more alarming, and uglier, too. For the political and media rush to pontificate about this utterly isolated incident, this stupid conflagration between a handful of people on an underground system — imagine: unpleasantness on a tube train! — is fuelled by some dark prejudices of its own.

To describe the cultural elites’ response to the Metro melee as an overreaction is an understatement. It’s been mad. The Metropolitan Police issued what were effectively ‘Wanted’ posters, complete with sinister, CCTV-derived images of three of the Metro men, as if they were ticking-bomb terrorists or a gang of escaped predatory paedophiles. The British press kept upping the ante to see who could be most ostentatiously outraged by the men’s behaviour, thumbing their thesauruses in order to outdo their competitors in a game of ‘I hate racism more than you’. The men on the Metro were ‘disgusting’, some said. No, they were ‘vile’, said others. Actually, I think you’ll find they were ‘abhorrent’ and ‘Neanderthal’ creatures whose ‘sickening’ behaviour brought ‘shame on Britain’, said yet others. Game over! Give the award for desk-bound moral crusader of the month to the hack who called them ‘Neanderthals’! And let’s give a special commendation to the journo who said they were typical of the ‘poisonous’ attitudes that football is still a ‘rallying point for’, because we all know that all football fans are just two cans of Stella from becoming fatter, cockney versions of 1920s Klansmen.

Hot on the heels of the hacks came the politicians. All of them, queuing up, waiting to condemn this nastiness on a train. This episode was ‘extremely disturbing’, said Cameron. ‘It was grotesque’, said Nick Clegg, and ‘I was so ashamed’ (so Clegg does have some shame). It was ‘cruel’, said a spokesman for the UN. I look forward to these politicians condemning every act of violence and drunken encounter and racially or sexually charged unpleasant thing that happens on Paris’s and London’s underground systems. I recently saw a man barking like a dog at everyone who got on the Met line to Baker Street. I hope the UN will find time to issue a statement about this deeply disturbing behaviour.

What was most striking was the barely disguised glee with which sections of the press leapt on this incident. I think the Guardian must have cancelled all leave and summoned all staff to man/woman the computers through the night. How else to explain that it managed to publish nine — nine — articles about the Metro incident on the day it was exposed, adding a further 24 articles since then? Who even has time to read that many articles? Luckily you don’t have to, for they all say the same thing: ‘Unreconstructed football racism 1970s En-ger-land gross stupid knuckle-draggers Danny Dyer so ashamed ohmygod idiots White People kick it out kick them out imprison them.’

The glee behind the thesaurus-fuelled outrage cuts to the heart of why this small incident commanded so much media ink and political attention: because this infinitesimally small group of men conforms to how the chattering classes view football fans in general, and the communities they come from: the wh*te wor*ing classes. In essence, observers couldn’t believe their luck: here, in flesh and blood, captured on video, were the very demons that stalk their minds: the unreconstructed white poor, the prejudiced underclass, the grotesque football fan who has failed to imbibe the new PC ways of thinking and speaking. They weren’t going to let an opportunity like this pass them by. And so these men were used to condemn all fans, all of Them. The Daily Mail said this ‘mob of filthy fans’ aren’t loners but rather show that such ‘shameful behaviour [in football] is [not] a thing of the past’. One of the Guardian’s million articles went so far as to say that football is inherently racist, because it is ‘all about feeling that you’re part of one group and are opposed to another group, [which is] the mentality of the racist’. Does this mean that, say, curling is racist, too, since that’s also about supporting one team against another? Don’t be silly. Curling isn’t watched by stupid, ugly working-class people.

The great irony of the claim that football is naturally racist because it’s all about being one group against another is that it captures brilliantly the exact instinct motoring the OTT fury over the Metro incident: the desire of the elites, one group, to advertise their goodness through slamming and defaming another group, all football fans. That’s why this incident was blown up, and also why the obsession with racism in football is expanding even as racism in football is on the wane: because the spectre of the 1970s-stuck, pot-bellied football racist is now the favoured Other of a chattering class desperate for a way to big up its moral decency in morally amorphous times. Just read the discussion threads on those 33 Guardian articles: all the old classics are there — these people are ‘animals’, ‘scum’, fed on ‘the bilge spewed forth by right-wing tabloids’. The Guardian is notorious for over-moderating its threads to remove anything that remotely resembles a slur against particular community groups. But white football fans? Fair game. Scum. The foul-minded yin to our righteous yang.

That’s right: this new so-called anti-racism, which is nothing of the sort, is tinged with its own racially derived morality, a view of uneducated white sections of society as inferior to Us, as inherently racist, as unreconstructable, effectively. And so British politicians who imprison immigrants for the crime of setting foot in the UK, and European politicians who force Africans to risk life and limb sailing across the Mediterranean by refusing them legal entry to the continent, and a French president who has sent troops back to vast swathes of black Africa, can do wobbly-lipped condemnations of three stupid blokes who uttered a stupid chant and the media lap it up and use it as ammunition in their moral crusade against a lower breed of human: the football fan. What’s that you were saying about ‘abhorrent’?