Censorship on campus: a tale of two comedians 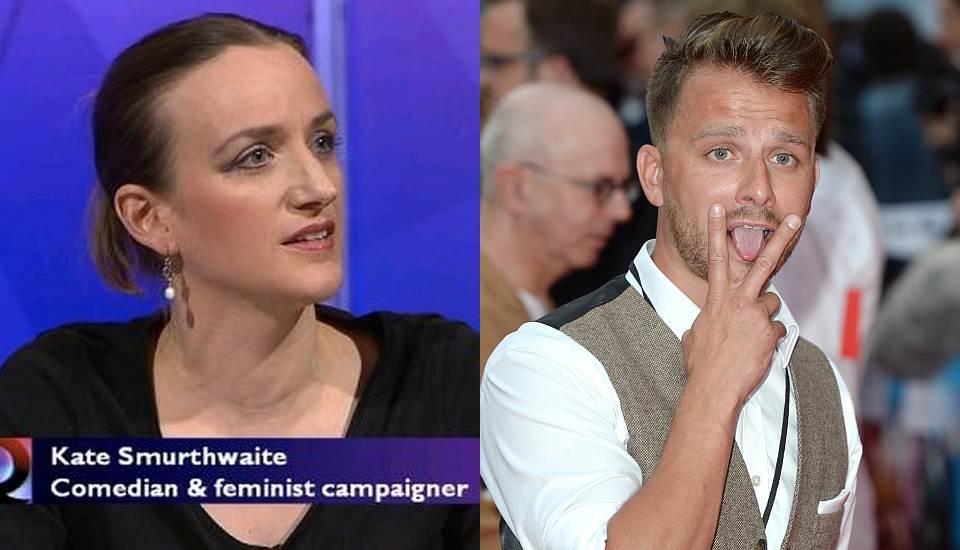 The great and the good are angry. So angry they’ve written a letter to the Guardian/Observer. What has raised their heckles? The cancellation of feminist comedian Kate Smurthwaite’s gig at Goldsmiths University by students who aren’t big fans of her brand of feminism. Apparently the great and the good don’t like it when comedy is censored by priggish undergrads. In their letter, signed by academics, writers and feminists, they slam the ‘illiberal and undemocratic’ silencing of those who have the apparently wrong views, and call on universities to ‘affirm their support for the basic principles of democratic political exchange’, including for comedians. Which is nice. But also odd. For at the end of last year, another comedian, Dapper Laughs, was banned by Cardiff University, and not a single one of the signatories to this letter said a word about it.

Of course, there are differences between Dapper and Smurthwaite. The former is relatively funny; the latter is funny relative only to being hit by a truck. The former is genuinely popular; the latter, not so much. And the former was definitely banned by Cardiff — the SU passed a motion explicitly forbidding him from campus on the basis that he tells sexist jokes — while the latter’s allegations of censorship by Goldsmiths remain mired in confusion: student officers claim her gig was pulled because only eight tickets had sold. And yet, this possible-but-not-certain No Platforming of Smurthwaite by Goldsmiths gets the great and the good so exercised that they get off their chaise lounges and pen an angry letter, while the unquestionable censoring of Dapper by Cardiff elicited from them not so much as an arched eyebrow. What explains such unabashed double standards?

It’s probably foolish to expect consistency on free-speech matters from letter-signers whose number include individuals who want state-backed regulation of the press, people who have agitated for bans on homophobic dancehall music, and a feminist who had her Twitter-botherers sent to jail. Maybe in next weekend’s Guardian/Observer there’ll be a letter calling for world peace signed by Henry Kissinger, Bashar al-Assad and that bloke on drugs who runs the Lord’s Resistance Army. And yet the fact that these opinion-formers can so brazenly ignore student censorship of one comedian and rail against alleged student censorship of another does shine an unforgiving light on the state of free speech today. It highlights three points.

Attacks on free speech are always attacks on the audience

You don’t have to be a rocket scientist to work out why the censoring of Dapper wins the approval of those who pose as pro-comedy freedom. It’s because of who follows Dapper and laughs at his sex-fuelled gags: youngish men of a mostly working-class bent. These people can’t be trusted to hear un-PC stuff because, well, they’re a bit thick and they might act on Dapper’s daft words.

Disregard for freedom of speech is fundamentally motored by doubt in the ability of an audience to use its moral autonomy to judge the value of words and ideas. That’s why politicos are so keen to muzzle the tabloids but aren’t really bothered about the broadsheets; why football fans are subject to far more stringent speech controls than, say, Glastonbury attendees; why boobs on Page 3 drive feminists mad while images of breastfeeding in the Guardian fill them with matronly joy… because in each instance, the concern is not simply with the offensiveness of the words or images, but also with gullibility, the volatility, of the audience to those words or images. Censorship is the clearest expression of contempt for the idea of human rationality, for the idea that people can freely engage their minds rather than requiring moralists, Mary Whitehouse or their mums to tell them what is right and wrong, and the reason Smurthwaite’s right to speak is defended while Dapper’s is not is simple: Smurthwaite’s audience of Radio 4-consuming folk are seen as more human and rational than Dapper’s swarm of Sun-reading fanboys from that side of the tracks where people think ‘The New Statesman’ is a TV show and ‘The Archers’ is a pub.

No Platform is always a bad idea — even for fascists

Strikingly, while the great and good letter-writers complain about the No Platforming of Smurthwaite, they kind of defend No Platform. They say ‘No Platforming used to be a tactic used against self-proclaimed fascists’ but more recently has been used against feminists, their implication being that a once useful tool is now used to problematic ends. Nope — the problem isn’t the misuse of No Platform; it’s the existence of it in the first place. Because the instant you accept that some views are too controversial to be publicly aired, because some people are too fragile to be able to hear and independently discount those views, you set in motion a censorious dynamic that it’s really hard to rein in.

When I was a student in the mid-1990s, I and my student friends involved with the magazine Living Marxism devoted a lot of time — seriously, a lot — to campaigning for free speech on campus. We went to freshers’ fairs, had rows, sold mags, hawked a pamphlet called ‘Free Speech on Campus’ written by Jennie Bristow, and argued against No Platform, then only applied to fascists, precisely on the basis that its logic would spread and ensnare others. The problem with accepting No Platform is that it meant more than saying ‘No to the fash!’; it also meant accepting a really bad idea: that public debate must be policed by those with authority, and ordinary people lack the sufficient free will to be able to hear and see and consider all arguments. Once you accept this idea, you’ve already conceded to the censors. After that, it’s just semantics. It pains me to say we were right. Or more accurately, Thomas Paine was right. He made a similar point long before us: ‘He that would make his own liberty secure, must guard even his enemy from oppression; for if he violates this duty, he establishes a precedent that will reach to himself.’

If you defend free speech only for your mates, you aren’t defending free speech

A key problem with the great and the good’s letter, as with so much ‘free-speech agitation’ these days, is that its aim is to defend free speech for friends of the signatories: Smurthwaite and other feminists who’ve been No Platformed. Listen, it’s good to stand up for your mates. Really. But don’t kid yourself that this means you’re standing up for free speech.

Fighting for free speech is all about fighting tooth-and-nail for freedom for your enemies, for those whose words make you retch. Why? Firstly, because it’s usually only the truly outré who face serious censorship, whether they’re fascists, extreme-porn merchants, or Christians who describe homosexuality as a cancer. Polly Toynbee doesn’t face censorship. The spouters of centre-ground guff are safe. It’s those on the outskirts of society, the bizarre and hateful, whose speech is threatened and whom we must exert most energy defending. And the second reason we must defend the right of our sworn foes to publish poison or produce porn or whatever is as an expression of faith in the rationality and moral independence of the public, as a challenge to every censors’ key belief: that the masses can’t be trusted to see all this nutty stuff without being warped by it and thus must have their eyes and ears covered by their betters.

So, well done for fighting a friend’s corner. But that’s all you did. As Noam Chomsky once said: ‘Goebbels was in favour of freedom of speech for views he liked. So was Stalin.’ See? It isn’t only the right-on who fight for ‘free speech’ for friends alone — so do the very destroyers of freedom. Free speech for some, for your mates but not for comedians you hate, isn’t free speech: it’s privileged speech, to be enjoyed only by those judged palatable by polite society. True commitment to freedom means defending free speech for all, with a special, energetic and unflinching focus on defending the liberties of those you loathe.