The FGM showtrial: this case should never have come to court

The trial that exposed how unhinged anti-FGM crusading has become. 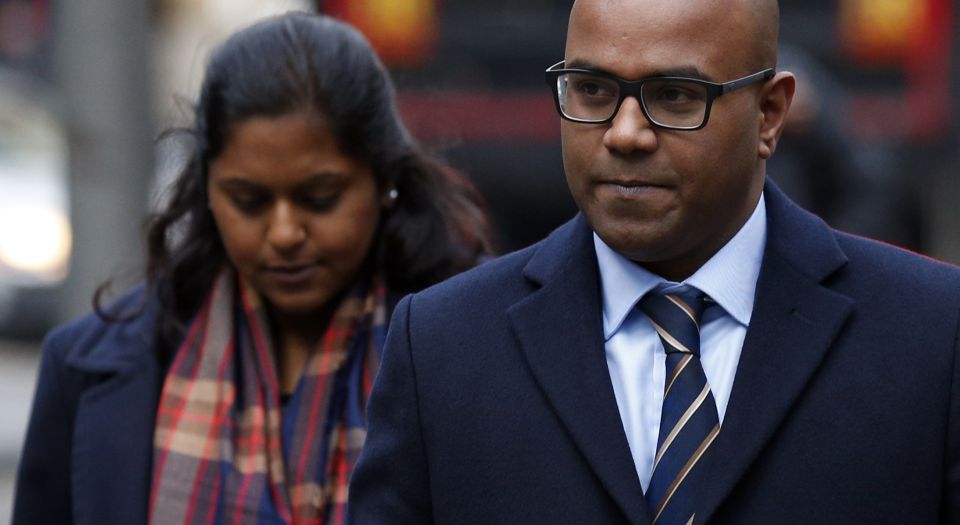 Yesterday, a jury in the UK found Dr Dhanuson Dharmasena not guilty of carrying out female genital mutilation (FGM) on a newly delivered young mother. Another man was cleared of abetting Dr Dharmasena. The jury of 12 concluded, in less than 30 minutes, that the evidence offered by the prosecution, representing the Crown Prosecution Service (CPS), was wholly lacking in conviction. All I can say is: three cheers for juries!

This case should never have come to court. The prosecution was brought under the FGM Act 2003, which says it is an offence for any person: ‘(a) to excise, infibulate or otherwise mutilate the whole or any part of the labia majora or labia minora or clitoris of another person; or (b) to aid, abet, counsel or procure the performance by another person of any of those acts on that other person’s own body.’ In my view, using the law to deal with this cultural practice is wrong: it’s like using a sledgehammer to crack a nut. It was certainly wrong to use this law against Dr Dharmasena — sitting through his trial over the past two weeks, I watched as a case that was essentially about the clinical management of a pregnant woman, both in labour and post-delivery, was turned into a legal and political showtrial designed to boost the authorities’ much-flagged commitment to defeating FGM.

The woman in question, who is originally from Somalia, had undergone circumcision (infibulation), or as it’s known here, FGM, as a six-year-old. As a consequence, her labia had been fused. The type of FGM she had undergone, going by the World Health Organisation’s classifications, was unclear: it was possibly Type III, which is the most intrusive kind. This will have left her with a small vaginal entrance which would have needed ‘opening up’ to allow her to have full sexual intercourse, and hopefully children, after getting married.

The small ‘opening up’ operation was successfully done by an NHS doctor and the woman got pregnant soon afterwards. But at the hospital in which she would later give birth, the Whittington in north London, staff missed a number of opportunities to solicit this important fact of the ‘opening up’ operation from the Somalian couple, who did not speak good English. Nor did they fully explore the woman’s needs, as they should have done during her routine pregnancy checks. So when she went into labour in November 2012, and presented with distorted vulval anatomy, it was not known or recognised by the Whittington staff that she had undergone a de-infibulation.

Dr Dharmasena, an obstetrics and gynaecology registrar, took charge of the delivery. He had to cut through the woman’s vulval scar tissue, catheterise her and perform an episiotomy, before delivering her son, under emergency conditions. And afterwards, he stitched the apex of the cut tissue in order to stop the bleeding. It was this single stitch, this post-delivery measure to prevent the woman from bleeding, that was later treated as an offence for which Dr Dharmasena had to be punished. His stitch, carried out for proper, caring medical reasons, was treated as a terrible act of mutilation.

The prosecution alleged that when he sutured the cut, he had re-infibulated the young mother, leaving her with an obstructed urethra and a narrowed vaginal opening. Yet as was argued by Dr Katrina Erskine, a gynaecologist and one of the first to speak out when the case against Dr Dharmasena was first brought: ‘It is ludicrous to conflate anything a doctor or midwife may do at the time of delivery to a woman who has already suffered FGM with FGM itself, and it is insulting to women who have actually suffered FGM.’

She’s right. The trial of Dr Dharmasena should never have taken place. His defence team asked for the case to be dismissed on three separate occasions, but the judge declined. The defence argued that the prosecution was misconceived and Dr Dharmasena had been ‘hung out to dry’, made a scapegoat for the hospital’s own systemic failures. He was paying the price for his employer’s ineptitude. The jury clearly came to the same conclusion.

But while it would be easy to pin the blame for this trial and the terrible treatment of Dr Dharmasena on the hospital and its desire to hide its own failures, there’s actually much more going on here. We have to recognise that the CPS, under the leadership of Alison Saunders, unleashed a politically motivated witch-hunt against Dr Dharmasena, dragging him to court for entirely unjust and profoundly problematic ends.

This case must be seen as the end product of the transformation of anti-FGM sentiment into a moral crusade in recent years. FGM has been thrust into the limelight by zealous and misconceived campaigning by women calling themselves feminists, newspapers like the Guardian and the London Evening Standard, professional organisations, the child-protection industry, in particular the NSPCC, and pressure groups who claim to protect children from the allegedly FGM-practising communities in Britian that they live in. As a result of this zealous hunting down of anyone and anything even remotely related to FGM, the prevalence and severity of the practice has been grossly exaggerated by campaigners keen to demonstrate their opposition to it.

The noisiness of the crusade meant the CPS came under increasing pressure to secure a conviction, including from a House of Commons select committee inquiry into FGM and why no one had yet been punished for it. The CPS needed to find someone to prosecute, to secure that landmark conviction, and to advertise to us all, and especially immigrant communities, how wrong and criminal FGM is. Dr Dharmasena became the crusaders’ fall guy. Three days before Saunders was due to answer the select committee’s questions, the prosecution against Dr Dharmasena was announced. The cynicism and authoritarianism of this is astounding.

The case represents the terrible outcome of the increasingly unbalanced crusade against FGM. The widely quoted figures for FGM in the UK are based on estimates or just speculation. It is estimated that 137,000 women and girls affected by FGM — that is, they were born in countries where FGM is practised — were permanently resident in England and Wales in 2011. And from this, campaigners extrapolate the claim that 60,000 girls aged 0-14 born in England and Wales to mothers who underwent FGM in their countries of origin are also likely to undergo the practice, either here or abroad. There is no evidence for this; it’s just speculative. Yet these figures are used to bolster a crusade that touches upon many people’s lives and liberties.

The damage wrought by the latest showtrial isn’t limited to Dr Dharmasena or the woman whom the authorities claimed to be acting for (who didn’t want charges to be pressed). The medical profession more broadly will be badly harmed by this charade. If a doctor can be treated as a ‘mutilator’ simply for helping a bleeding woman, how cautious will other doctors be in the future, maybe even dangerously so? I know anecdotally that doctors are already opting not to work in the field of obstetrics and gynaecology for fear that they, too, will be punished if they do the ‘wrong’ thing. The General Medical Council suspended Dr Dharmasena from the medical register, meaning he couldn’t practice for over a year. He still faces a GMC hearing. All for helping a woman with vulval abnormalities after she gave birth. And what about women from immigrant communities whose countries of origin practise FGM? They might become more fearful of visiting doctors after this outrageous case.

Yet in the wake of this case, we are likely to see the law against FGM strengthened and the campaign stepped up. Amendments have been proposed to the Serious Crime Bill to extend extra-territorial jurisdiction to prohibited acts done outside the UK by a UK national or a person who is resident in the UK; to provide anonymity to victims of alleged offences of FGM, in order to encourage more victims to come forward; and to make everyone who is responsible for a girl under the age of 16 liable for punishment if she undergoes FGM overseas. The thing that fundamentally led to the shocking showtrial of Dr Dharmasena — the top-down, facts-light, divisive crusade against FGM — will carry on, meaning we are likely to see more unnecessary trials and maybe some miscarriages of justice.

I am truly grateful that justice was delivered by 12 good men and women in court yesterday. Now I hope that in the court of public opinion we can challenge the obsession with FGM and the way it is harming justice, freedom and fairness in modern Britain.

Brid Hehir is a fundraiser and a retired nurse. Her Battle in Print, The Emperor’s New Clothes. The dangers of the anti FGM campaign, can be accessed here.