Teaching: it’s about what you know 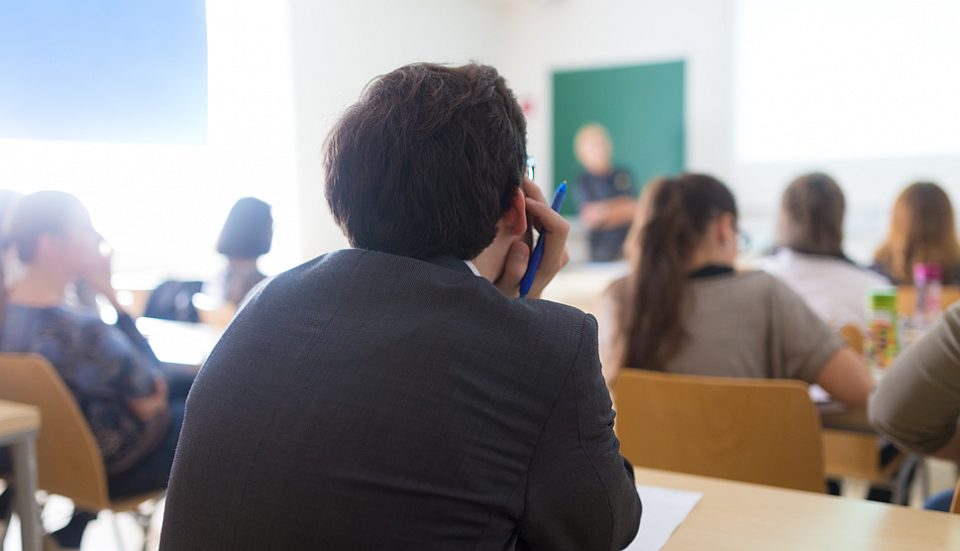 After almost two decades working in the British education system, I’m still shocked when I meet teachers and lecturers who recoil at the prospect of actually imparting knowledge to their students. I cringed when the headteacher at my daughter’s junior school gathered all the new parents together to watch a sharply edited film showing that knowledge was now so easily accessible and so quickly outdated that there was little point in teaching children anything other than how to Google. When I find myself discussing the purpose of higher education, my proposal that the pursuit and transmission of knowledge should be the primary concern of the university is mostly met by looks of incomprehension that swiftly turn to barely concealed horror.

Teaching knowledge, as has been discussed before on spiked, has rarely been popular among the Rousseau-inspired, supposedly child-centred progressives of the educational world. It began to go more seriously out of fashion in the 1970s. Today, when every 10-year-old has a smart phone in their back pocket, actually teaching them stuff is seen as an unnecessary imposition on their individual creativity, serving no other end than future pub-quiz success. Working with children, rather than teaching knowledge, is considered altogether nicer; what’s more, it conveniently avoids the need for complex decisions to be made about what is most important in any particular subject. Rather than imposing their authority on children, teachers can be simply ‘guides on the side’, creating a learning environment through which children can determine their own path. What lies behind many of these entrenched ideas is a fundamental misunderstanding of what knowledge actually is.

Unfortunately, as a few voices in the educational world are beginning to make clear, left to their own devices children generally learn little and creativity is stifled rather than unleashed. Michael Young has been making the case for ‘bringing knowledge back in’ for many years now. More recently, people like Daisy Christodoulou, Toby Young and Tom Bennett have joined those chipping away at the child-centred, anti-knowledge orthodoxy. This is definitely a trend to welcome. And when knowledge-centred teaching goes against everything the educational establishment stands for, it is important to get the arguments right.

William Kitchen’s book, Authority and the Teacher, is a useful addition to the debate. Kitchen makes a convincing case that ‘any education without knowledge transmission is not an education at all’. The central premise of his book is his claim that ‘the development of knowledge requires a submission to the authority of a master expert: the teacher’. Kitchen argues that it is the teacher’s authority that makes imparting knowledge possible; in the absence of authority, teaching becomes simply facilitation and knowledge becomes inaccessible. He is careful to delineate authority from power, and he locates teachers’ authority within their own subject knowledge, which in turn is substantiated and held in check through membership of a disciplinary community. Without ‘the authority of the community and the practice,’ he argues, the notion of ‘correctness’ loses its meaning and there is no longer any sense to the passing of educational judgements.

Kitchen draws upon the work of three philosophers – Karl Polanyi, Michael Oakeshott and Ludwig Wittgenstein – to make his case for the importance of authority to teachers. He takes Polanyi’s concepts of community, tradition and practice to show that ‘learning begins in submission to the authority of a master expert, with a view to [the student] becoming part of a practice and a way of working’. Then, he turns to Oakeshott to argue that the primary aim of education must be the inculcation of learners into the inheritance of human achievements, which incorporates both information and judgement; ‘neither can be dispensed with and both require the teacher to “teach” them’. Finally, Kitchen considers Wittgenstein’s understanding of the nature of knowledge and ‘the role that trust and training play in forming the bedrock certainties upon which learning and knowledge development are to be positioned’.

In appealing to philosophy to justify the importance of teachers’ authority, Kitchen differs from others attempting to revitalise the teaching of knowledge. For many of the new education authors and bloggers, the importance of teaching knowledge is premised upon what is proved by empirical evidence. So, for example, comparing the test results of children who have learnt about the Ancient Egyptians through engaging in self-directed creative projects against those who have been taught using more formal ‘chalk and talk’ methods will most likely show that the ‘chalk and talk’ group perform better. Therein lies the main argument for knowledge-based, rather than child-centred, education.

A recent drive to find this evidence has thrown up a number of changes that may improve the efficiency of children’s learning. Starting the school day an hour later is reported to be more in tune with the sleep rhythms of teenagers, and therefore more conducive to getting them to sit still and concentrate. Incentivising learning through incorporating an element of gambling into lessons apparently encourages children to learn more effectively. Those who trumpet such evidence as the solution to problems in our schools risk demonstrating as little understanding of knowledge as do the child-centred theorists they seek to challenge.

Determining practice by deferring to the evidence can further undermine the authority of the individual teacher. There’s little room for exercising professional judgement, experienced intuition, or taking into account the dynamics of the quite unique relationship that develops between any one teacher and a particular group of children, when teachers don’t trust their own instincts and rather need a weight of evidence to tell them what works best. Teaching is a social activity, not a medical procedure; it is based on interaction between children and adults, between one generation and the next. There may be times when evidence, however persuasive, is noted and rejected.

Making the argument for knowledge-based teaching through philosophy allows Kitchen to remind us that, whatever the evidence might suggest, it is the authority of the teacher that is of crucial importance to the success of education. Authority and the Teacher is a vital contribution to the key education debate of our time.

Authority and the Teacher, by William H Kitchen, is published by Bloomsbury Books. (Order this book from Amazon(UK).)