Why is Boko Haram so barbaric?

The new movements that float free of politics and morality. 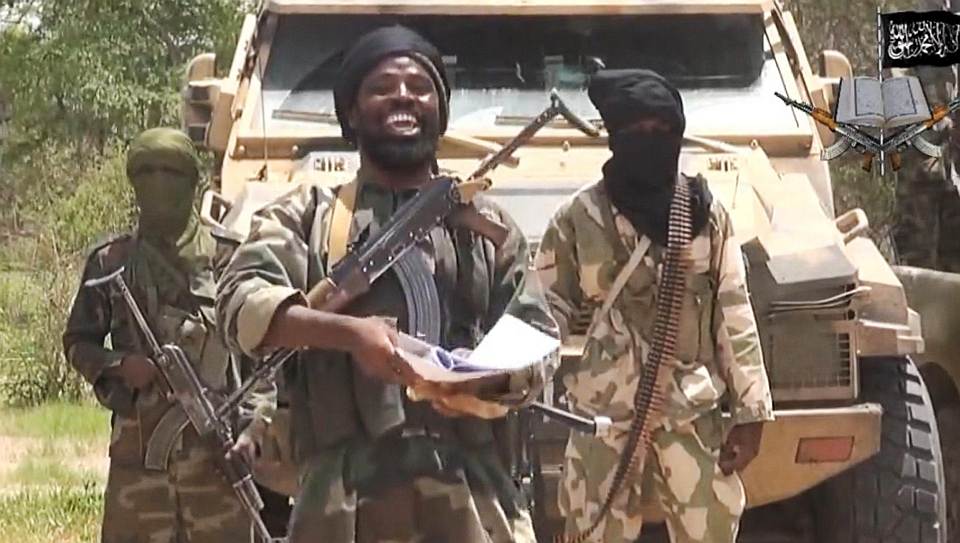 The details of what happened in the town of Baga in north-eastern Nigeria remain sketchy. What we do know is that on 3 January, the Islamist group Boko Haram launched a savage attack. Eyewitnesses have spoken of hundreds of dead bodies, many of them women and children, lying on the streets. One local politician said that over 2,000 people were slaughtered. Others say fewer. But what we can say for certain is that this was a barbaric act committed by a barbaric group.

Boko Haram’s emergence as a brutal, merciless force controlling vast swathes of northern Nigeria (reports this week say it now dominates an area the size of Costa Rica or Slovakia) is a testament to Nigeria’s internal disarray. Indeed, Nigerian president Goodluck Jonathan has barely mentioned the Baga massacre, preferring instead to play the global statesman offering condolences to the French people following the Paris massacres. And little wonder: the insurgency in the north is proving an increasingly intractable problem, one he would no doubt prefer to dream away in the run-up to February’s national elections. It shows up the weakness of the Nigerian state, its increasing inability to unify a country riven by geographical, political and religious divisions, a country split between an impoverished Muslim-dominated north and a slightly less impoverished Christian-dominated south. Unsurprisingly, distrust of central government runs high in northern Nigeria. Combine that with weak local political institutions, widespread underdevelopment and the familiar stench of backhander-heavy corruption, and you have a situation ripe for political exploitation. And exploit it Boko Haram certainly has – to brutal effect, meting out jihadist justice to Christians and ‘traitorous’ Muslims alike.

So far, so depressingly familiar. A conflicted, disordered nation state, lacking authority and breeding its own potential gravediggers. But there is also something peculiarly contemporary about Boko Haram. It can be glimpsed in the conscienceless extremity of its violence, in its nihilism, in its sheer imagination-defying barbarity. This is the group that massacred hundreds of schoolboys, the group that kidnapped hundreds of schoolgirls, the group that has now ruthlessly slaughtered the inhabitants of a small town. In short, Boko Haram acts with virtually no restraint. Nothing seems to holds its members back from the edge of atrocity. Not geography, not territory, and definitely not morality. Why is that? Why do they seem so unencumbered by the concerns which once limited even the most ruthless of political revolutionaries? Why do they seem so callously blase about the sentiments, and lives, of the local populace? Why does winning support seem so irrelevant to Boko Haram?

Because Boko Haram’s goals are no longer really local. Yes, its name, ascribed to the group by the media, means ‘Western education is forbidden’, but even that is almost too concrete a mission statement for a group perhaps better understood in terms of its own title, Jama’atul Alhul Sunnah Lidda’wati wal Jihad – ‘People Committed to the Propagation of the Prophet’s Teachings and Jihad’. Therein lies the key to understanding Boko Haram’s barbarity. Its goal is not territorial; it’s not really connected to the particular interests of a determinate social constituency in northern Nigeria. It’s not about winning particular concessions form Jonathan’s government, or achieving some degree of local autonomy. Boko Haram’s goal, its mission, is global in essence. Its field of vision is ethical. It wants nothing less than to make the entire world over in its own image. ‘In every nation’, reads one Boko Haram statement, ‘in every region, [Muslims] now have the decision to make. Either you are with us, I mean real Muslims who are following solid footsteps, or you are with Obama, Francois Hollande, George Bush. Bush! Clinton!… and any unbeliever… Kill kill kill kill kill. This war is against Christians. I mean Christians generally.’ The living and breathing men and women in places like Baga are neither here nor there in this near cosmic struggle. They simply cease to matter in light of this abstracted Manichean struggle.

In this turn from local political struggles, underpinned by clear and concrete interests, towards an unhinged global vision, in which a vicious barbarism is a means to an Allah-ordained end, Boko Haram is far from alone. It is joined by the likes of the Taliban, which thought nothing of mounting an assault on the school for the children of army personnel in Pakistan, killing 141. And it is joined, of course, by Islamic State (IS). Because, despite its name, IS is a fundamentally stateless, rootless force, packed with fighters from across the globe, waging a war for, well, an entirely abstract global Caliphatic end. And those it encounters in its way are to be cast, shot and cut, to the wind, as the Yazidi people discovered in July 2014, when IS slaughtered so many of them in the hills of northern Iraq. These groups are not really political at all. They are post-political, their motivations abstractly ethical.

The bloodiness of these new cosmic outfits speaks to, as Brendan O’Neill described it in the Telegraph in 2013, ‘a profound crisis of politics and of morality’; to an emptying out of the old ideologies and political structures that governed domestic and international life for a substantial period of time, which has given rise to new groups that ‘appear to float free of normal political rules and moral compunctions’. The solution to this isn’t more Western intervention, as some seem to believe. In fact, recent interventions, driven more by the short-term political needs of Western rulers than by clear plans or agendas for foreign territories, have left much of the world stateless and in disarray, growing the spaces in which the new post-political nihilists can act and gain influence. No, what we need is a far better analysis of the collapse of political life that nurtured the new terrorism, and a serious, international commitment to celebrating the anchoring values of liberty and democracy that might counter the free-floating misery and mayhem offered by Boko Haram and others.