Both the EU and European leftists are meddling in the Greek election. 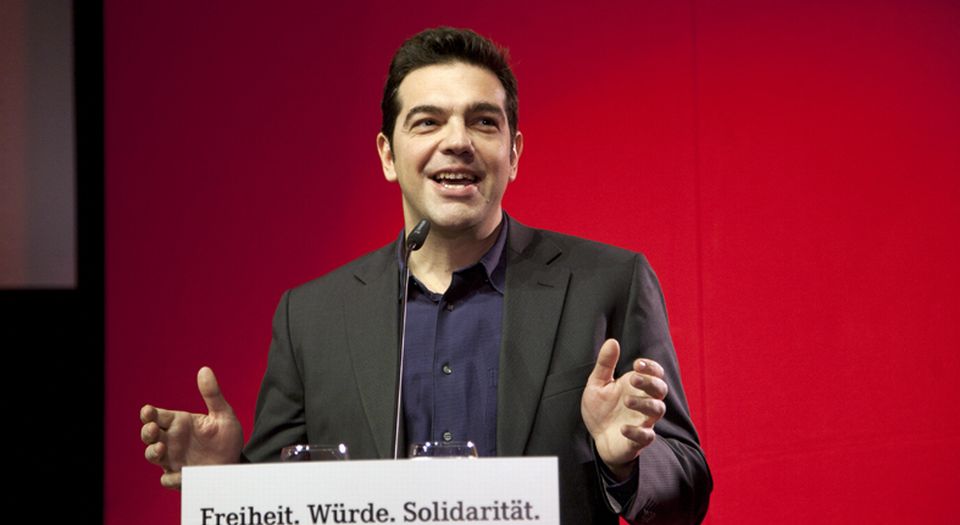 The European Union oligarchy, scenting popular dissent in its midst, is once again trying to pressure the electorate of a nominally sovereign nation to ‘do the right thing’. We’ve seen this every time a particular demos has looked like deviating from the EU elite script. We saw it in 2005, when French and Dutch voters voted ‘No’ in a referendum on whether Europe should adopt a new Brussels-authored constitution – a ‘triumph of ignorance’, said the former Labour leader and European commissioner, Neil Kinnock. And of course we saw it in 2008, when the Irish, having rejected the EU’s Lisbon Treaty at one referendum, were promptly forced to vote again on the treaty – but this time with a financial gun pressed firmly against their heads, as they were told in no uncertain terms that there was only one choice. Today, as in 2010 and 2012, the focus of the EU’s entreaties and threats, of its rotten carrots and rigid sticks, is Greece.

EU leaders are right to be concerned. Following Greek prime minister Antonio Samaras’s failure to win parliamentary approval for his choice of Greek president – Stavros Dimas, a former European commissioner for the environment, no less – the Greek electorate now has the chance to vote the pro-EU Samaras and his New Democracy party out of office at a General Election on 25 January. And, given the consistent poll lead of the left-wing and EU-agnostic Syriza (it’s currently polling 30.4 per cent of the prospective vote, compared with 27.3 per cent for New Democracy), there is every chance that that could happen. And if it does, if Syriza becomes the dominant party in the Greek parliament, it’s unlikely Greece will bend over quite so willingly to receive its bailout-cum-austerity treatment from the so-called Troika of the EU, the European Commission and the International Monetary Fund.

And little wonder. Since the Troika ‘saved’ the Greek economy in 2010, with a loan of €110 billion and a raft of strict conditions, including austerity measures and structural reforms, Greece’s debt-heavy, one-time state-inflated economy has flatlined. The consequences have been dire. Unemployment is running at about 25 per cent, consumer prices are deflating, and many state welfare provisions have disappeared – and growth, the light at the end of the Troika-designed tunnel, is still nowhere to be seen. Even the IMF itself admitted in a 2013 report on Greece that the austerity-laced bailout programme was hardly a shining success: ‘Market confidence was not restored, the banking system lost 30 per cent of its deposits, and the economy encountered a much-deeper-than-expected recession with exceptionally high unemployment. Public debt remained too high and eventually had to be restructured… Competitiveness improved somewhat on the back of falling wages, but structural reforms stalled and productivity gains proved elusive.’

So, given the chance to vote against Samaras and his party’s commitment to the EU elite’s austerity programme, given the chance, that is, to reject the harsh post-recessionary demands of the EU, many Greeks are tempted. This, after all, ought to be a decision the Greek people are able to make. It is their lives at stake here, their future to determine. But the EU, its appendage, the European Commission, and the IMF can’t see that. Democracy, especially when it threatens their interests – and a Greek rejection of austerity measures and possible exit from the Eurozone does threaten their interests – is at best an inconvenience. For EU leaders, democracy is something to be avoided or, failing that, to be managed and manipulated.

So, right on cue, as it became clear towards the end of the year that the pro-EU government of Samaras, a priest-like mediator between the EU powers above and the Greek people below, could fall, EU officialdom started trying to cajole the Greek electorate in what it deems the right direction. Here’s European Commission president Jean-Claude Juncker speaking in mid-December: ‘I wouldn’t like extreme forces to come to power… I think that the Greeks – who have a very difficult life – know very well what a wrong election result would mean for Greece and the Eurozone. ‘ A couple of weeks later, Wolfgang Schaeuble, finance minister of Germany, the EU’s leading power, warned that things could become difficult if Greece took a ‘different path’: ‘New elections change nothing about the agreements that the Greek government has entered into. Any new government must stick to the contractual agreements of its predecessors.’ And last week, Pierre Moscovici, the EU economic affairs commissioner, issued a reprimand to those voters thinking of voting for the wrong parties: ‘A strong commitment to Europe and broad support among the Greek voters and political leaders for the necessary growth-friendly reform process will be essential for Greece to thrive again within the euro area.’

The threats are barely veiled. If the Greek people vote against the pro-EU, austerity-accepting Samaras-led coalition, there will be consequences. Syriza’s leader, Alexis Tsipras had a point when he declared: ‘An operation of terror, of lies, is underway – an operation whose only aim is to sow terror among the Greek people and MPs.’

There’s little doubt that the EU oligarchy, with Germany’s leaders to the fore, are riding roughshod over the democratic right of the Greek people to decide their own future. Yes, the EU’s spokesmen pay lip service to democracy. But the threat lingers in the background of every statement: if you do not do the right thing, then your country will suffer. The money tap will be turned off. And the demands for repayment will be ramped up. And yet, if the EU is using Greece as a moral and economic punchbag, to send a message to other EU and Eurozone members that there is only one, economically austere way forward, then there are others treating Greece equally as instrumentally. They are not exerting economic pressure on Greece, but they are treating it as a means to realise a fantastical end, an opportunity to indulge in lefty wish-fulfilment.

How else are we to view the pant-wetting excitement with which some leftish commentators have greeted Syriza’s rise? This is it, they chime – the moment when the real left-wing alternative to austerity economics, or neoliberalism, to use their favourite pejorative, finally emerges. It will be ‘radical leftist’, ‘anti-austerity’, ‘a new form of social democracy‘… Adjectival inflation, rather than explanation, stirs these spectators’ prose. They attach every vague hope, every half-baked, right-sounding sentiment, to Syriza, and seemingly expect Syriza itself to do the rest, just as sections of the left used to expect the working class to rise spontaneously, automatically. ‘A radical left-wing government could well assume power for the first time in the EU’s history’, creams one columnist: ‘A Syriza government could spur on other anti-austerity forces across the continent. It is conceivable that Podemos could assume power in Spain later in 2015. The likes of Die Linke in Germany – the country at the very heart of the EU’s austerity drive – could be given a boost, too.’ Another demands that the left ‘must consign the dominance of this failed ideology [neoliberalism] to where it belongs – the dustbin of history. Hopefully, Greece will lead the way…’

Over and over again, the same hopes and dreams are projected on to Syriza. It has been turned into the left’s saviour, a shining beacon of anti-austerity principle amid the murk of cuts and allegedly neoliberal concessions. It is becoming the force for radical change that the left has long yearned for.

Or at least that’s what it appears to be. In reality, it is little more than a mirage, the product of a massive psychological displacement. Syriza’s radical status rises in proportion to the cluelessness of the European left, to its inability to come up with an actual alternative to austerity, an actual way through the current crisis. After all, what is Syriza actually proposing? A radical vision of Greece’s future? Not exactly. It wants to stay in the Eurozone, but restructure the debt repayments, and then increase welfare spending. Or as Paul Mason describes Syriza’s offering: ‘a Keynesian fiscal union with a high welfare state.’ Hardly the stuff of dreams.

Yes, Syriza, and its leader, Tsipras, talk of ‘anti-austerity’, ‘growth’, and the ‘alternative’, but so sunk are they in the anti-modernity sentiments of the modern, anti-globalisation, No Logo left that their words quickly disappear like vapour (Syriza’s main faction played a key role in the mobilisation of anti-globalisation protests against G8 summits, particularly in Genoa in 2001). There is no revolutionary content here, no real commitment to material progress. Instead, if you look at what Syriza actually argues for, from ‘sustainable development’ to ‘using renewable energy sources’, it is fuelled by the same anti-modern platitudes as the political mainstream.

So, while the EU elite uses the Greek electorate as a punchbag, throwing threats at it on a weekly basis, too many on the opposing side use Greece as a cave wall on which to project their vague hopes for something different. This is a form of meddling, too – Brussels hopes Greece will obediently keep the austerity drive on track, while leftists put moral pressure on it to take Europe in a whole new direction, which of course it cannot do on its own. Some want Greece to save the austerity mission, others want it to save European leftism. Such leftist projections on to Greece are of course a far easier pastime than actually trying to make the hard arguments and change things domestically, in countries across Europe. After all, that would take real effort – and have real consequences.

The Greeks may be stuck between a rock and a hard place. But it is imperative that the decisions about their future remain theirs to make.