‘We don’t feel welcome in our own universities’

Pro-Israel students on the censorship and intolerance they face. 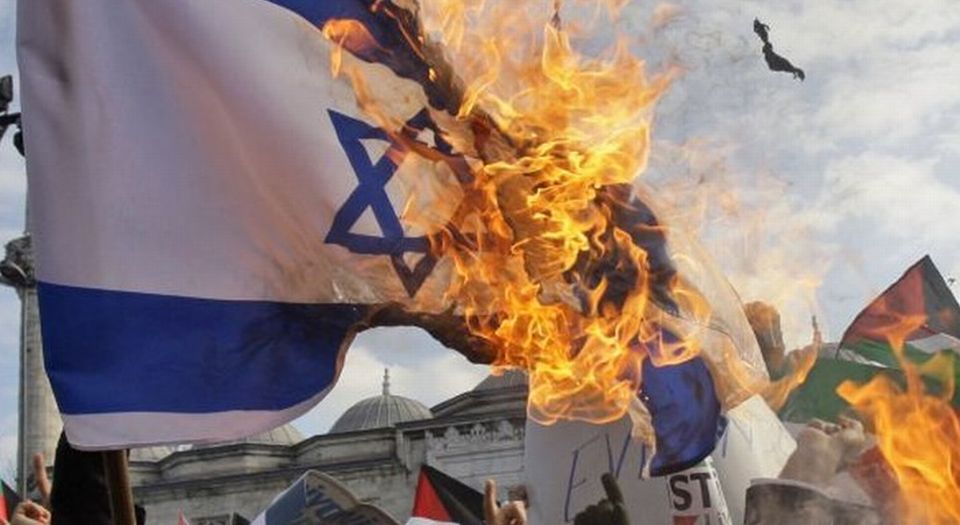 Picture the scene. A university society has organised an event on campus involving an external speaker. Then, despite following the bureaucratic students’ union procedure for getting the event approved, the society receives notification two days before the event is due to take place that it has been ‘flagged’ as controversial. Further measures, the society is told, will be required for it to be signed off. After various squabbles between society and SU over the format and provisions for the event, it goes ahead uncensored. But, as the event is about to get underway, the SU’s ‘safe-space officer’ bowls down. He appoints himself doorman. He stops certain students from entering. At one point, he asks the speaker to leave. And it culminates in him squaring off with the event’s organiser, leaving him cowed and humiliated.

The problem? This was an event organised by a pro-Israel student society – and nothing is more likely to bring out the student censors, the intolerant monitors of campus life and thought, than the issue of Israel. You want to say something positive about Israel on a UK campus? Then you do so at your own peril.

Sami Steinbock, an international politics student at King’s College London (KCL) and former president of the KCL Israel Society, was the student organiser in the scenario described above. He had organised a talk by Hen Mazzig, a lieutenant in the humanitarian unit of the Israel Defence Forces. Until, that is, the SU heavy had other ideas. Talking to me from Israel, the only place he says he ‘actually feels safe’, Steinbock describes how deeply threatening KCL has become for pro-Israel students. ‘Frankly, I do not feel welcome at my own university’, he says. ‘Why they have these safe-space officers is beyond me.’

He says this isn’t the first time anti-Israel sentiment has flared up at King’s. It began in April, when the students’ union tried to push through a motion that would align the union with the anti-Israel Boycott, Divestment and Sanctions (BDS) movement. The debate got ugly. ‘One Jewish student was labelled as “mentally retarded” and another was reduced to tears’, he says. ‘I’d never seen students been made to feel so uncomfortable for simply identifying with a certain political viewpoint.’

The BDS motion was eventually overturned by the union’s trustees, citing concerns over free speech and discrimination. But Steinbock assures me that the ‘hateful’ atmosphere around pro-Israel students persists. And it isn’t consigned to King’s. Luisa Peress, a third-year medical student at Queen Mary University in London, has had similarly grim experiences that fly against the values of inclusivity and safety that students’ unions so often trumpet. ‘When it comes to Israel, rules change – there is a double standard’, she says.

Queen Mary Students’ Union recently voted on reaffirming its twinning with the Islamic University of Gaza, an institution alleged to have links to Hamas. Peress planned to speak against the motion, but was urged to tone down her remarks by her peers. The university’s Jewish Society, of which she is a member, is frequently booed into silence at student meetings, she tells me. She took some convincing, but, in the end, she decided to self-censor. ‘This, to me, was a sign of defeat and the annihilation of freedom of speech on campus. We are being urged into silence at some of the most prestigious universities in the world, in which you would expect support for freedom of thought.’

These students are acutely aware that censoriousness is not an affliction unique to pro-Palestinian – or rather, anti-Israel – students. Sam Adari, the current president of King’s College London’s Israel Society, reflects: ‘There is a fashion at the moment among students to be anti-free speech and shout down any opinion because it is “offensive” – a word that has been given vastly too much weight and credence today.’ But it seems anti-Israel students have become somewhat more aggressive and closed-minded. Jonathan Hunter, a student at Oxford and a former campus director for the pro-Israel group StandWithUs, explains that, as the Israel-Palestine debate has become more and more hysterical – with overblown talk of a Palestinian ‘genocide’ and Israel being an ‘apartheid state’ – anti-Israel students have become increasingly intolerant. ‘The censorious nature of “pro-Palestinian” groups complements their pathological obsession with Israel and the conflict’, he says. ‘They are so self-righteous and engrossed with the intricacies of their cause that they simply cannot allow for dissenting opinion.’

And this belligerence, Steinbock says, can sometimes slip into anti-Semitism. ‘I know a lot of students who are scared to be identified as a Jew on our campus and refuse to wear their kippah due to anti-Semitic remarks being made’, he says.

The rage against pro-Israel students exposes the farce that student politics descends into when intolerance seeps in. While keffiyeh-waving campus politicos may feel they’re helping the Palestinian cause by shouting down the other side, actually such intolerant behaviour devalues their position. By refusing to argue, to pit their ideas against those of the opposition, they display weakness, not strength. Elliot Miller, president of University College London’s Jewish Society, tells me of his and his peers’ ceaseless attempts to get the pro-Palestinian society to share a platform. In the end, the UCL Friends of Israel Society posted an open letter to the Friends of Palestine Society, pleading for a chance ‘for students at UCL to hear both sides of the debate on an equal and civil platform, from which they can form their own opinions’. As yet, they’ve had no response.

These students’ experiences of being shouted down or shut up are repeated on campuses across Britain, and increasingly in other Western countries, too. Zionist speakers are no-platformed or booed off campus, while both students and academics agitate for their universities to have nothing to do with Israeli universities or thinkers. The end result is a climate of intolerance around the issue of Israel, making students who are pro-Israel, or who are in Jewish societies sympathetic to Israel, feel that it is a risk to express themselves and hold public debates.

One of the most pernicious ways in which pro-Israel sentiment is shut down is through the branding of it as ‘offensive’ or ‘distressing’ to the student body. SUs and others are now obsessed with keeping students ‘safe’ – by which they mean safe from certain ideas. Safe Space policies, now on statute at students’ unions across the UK, mandate, to quote one example, that the university should be ‘free from intimidation or judgement’; students, it says, should ‘feel comfortable, safe and able to get involved in all aspects of the organisation’. The message here is clear: debate is dangerous, and students shouldn’t be challenged.

The rise of the Safe Space policy has unleashed an unhinged and rootless form of campus censorship. Any idea that has the potential to upset students, or simply cause them discomfort, is seen as a problem, potentially needing to be stamped out. SU attacks on Israel societies and meetings is sometimes justified under the banner of protecting students from ‘harm’ and keeping them within ‘the safe space’ – and the flipside of this is the implicit depiction of any student who is pro-Israel as harmful and unsafe. In a move that would make Orwell proud, certain students’ beliefs are rebranded as dangerous, toxic things that must be closely policed. It’s no wonder some pro-Israel students feel surrounded by hostility on campus: their very belief system is presented as harmful.

But university should never be a ‘safe space’. From the lecture hall to the campus-quad picket lines, university is a space in which ideas should be fiercely contested. This is sometimes convivial, amicable and constructive, but at other times it can be forthright, unrelenting and aggressive. Students should be exposed to all sorts of ideas, including ‘unsafe’ ones, and all student societies must have the freedom to express themselves. However much it tries to sell itself as radical action to strike a blow for the Palestinian cause, the current crusade against pro-Israel students in Britain is blatant political censorship cynically dressed up as concern for students’ safety.