We need to open the academic mind

Getting rid of the the Research Excellence Framework would be a good start. 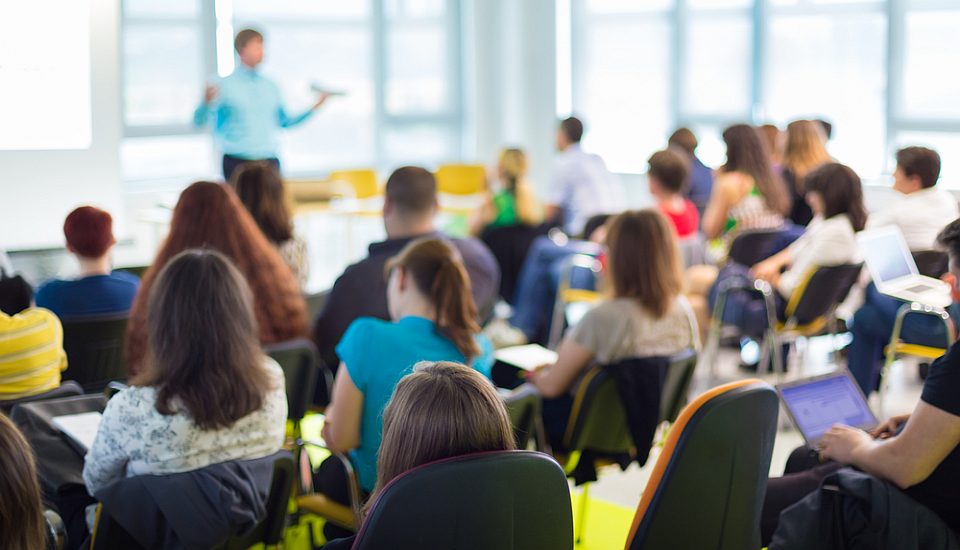 Forget chestnuts roasting on an open fire; all academics are dreaming of this Christmas is a decent return in the Research Excellence Framework. More affectionately known as the REF, this national exercise in assessing the quality of research conducted in universities has come to dominate British higher education. The associated rules and regulations have become so entrenched, they’ve spawned a whole new vocabulary. The current REF-cycle which measures, scores and ranks research outputs, impact case-studies, and the vitality and sustainability of research environments, culminates this week in the long-awaited announcement of the results. No need for fairy lights, the star ratings awarded to academics themselves will shine the way this festive season.

Universities treat the REF with utmost significance because its results determine each institution’s share of UK government funding for research. The government formally began to allocate research money almost a century ago with the establishment of the University Grants Committee in 1919. The First World War had brought the need to increase national spending on science and technology into sharp relief. Money was distributed in a fairly ad hoc way, with precedent and student numbers as the only real criteria. Things pretty much continued like this until 1983 when a national cut in the overall education budget led to calls for greater transparency in how more restricted funds would be divvied-up.

The first research assessment took place in 1986 and, almost 30 years later, seems positively quaint in comparison to today’s monolithic rigmarole. Then the focus was on evaluating the performance of academic departments and, as such, just five pieces of work and four pages of general description were submitted per department. Today, in comparison, the emphasis has shifted towards assessing individuals. Those deemed REF-able by institutional panels must submit four published outputs, each of which is then considered and awarded a star rating by a national disciplinary review team. In addition, academics submit case studies detailing the extent to which their work demonstrates social, economic and cultural benefits beyond academia.

Away from government-funded bodies, there are few who publicly defend the REF, and most academics are quick to express their loathing of the exercise. Personal stories of the stress experienced in meeting the demands of the REF while also juggling teaching, administrative and family responsibilities abound. Yet the monumental increase in both the scale and significance of research assessment that has taken place over the past three decades has often been driven by those within universities. The original exercise was intended only to allocate the science budget – but humanities departments fought to be included. It was the Committee of Vice-Chancellors and Principals that argued that more work per individual academic should be measured. As a result, the REF has become unfit for purpose. Its complete abolition is long overdue.

Administering the REF consumes an inordinate amount of time and money that could be far better deployed elsewhere. Worse, the REF changes the nature of higher education through incentivising particular forms of behaviour above others. In bidding wars that can rival football’s transfer-deadline day, universities appoint new staff on the basis of expected REF performance. These research superstars may have little inclination to teach undergraduates. Many new lecturers are encouraged to see teaching as just a distraction from their research, best farmed out at the earliest opportunity. Other forms of academic work which do not lead directly to REF-able publications are likewise disincentivised. Reviewing a book, contributing a chapter to an edited volume, writing an opinion piece for a newspaper, or serving on the editorial board of an academic journal are all vital to sustaining the intellectual life of an academic discipline, yet none count in terms of the REF.

Even in terms of what is assessable, the REF introduces perverse incentives which skew the nature of research. A single-authored book detailing years of forensic investigation counts as one REF-submission, as does a short multiple-authored article. Good REF-planning demands the lengthy book is abandoned for the quicker win of what’s technically known as ‘salami-slicing’ one’s research across four different journals. Collaborations among colleagues within the same department are frowned upon as each piece of work can only be submitted once per institution. Working with someone from the other end of the country you barely know and rarely see is encouraged. The REF sets colleagues in competition with each other, encourages individual strategising and leads to work being published before it is ready.

Such game-playing and adherence to seemingly arbitrary rules would matter little if the result was an intellectual environment fizzing with the excitement of people engaged in ground-breaking, convention-shattering research. The worst thing of all about the REF is that it leads to the exact opposite: it creates and reinforces a climate of conformity within academia. The pressure to secure peer-reviewed publications in an ever-narrowing selection of top-ranking disciplinary-specific journals incentivises conservatism. Instead of pushing into radically new intellectual terrain, a far safer strategy is to work out which issues are currently of interest to a particular journal’s readership, ascertain the stance of potential reviewers, and determine the body of relevant material that must be acknowledged. This leads to articles which often seem to specialise in saying very little and, with the addition of one or two new technical details, simply confirm all that has gone before. New ideas are brought in line with the consensus so as not to trouble the three sets of peer reviewers who will ultimately get to pass judgement on the work. Anything potentially controversial is removed, and anything vaguely interesting is cut so thinly across different publications as to be lost altogether.

The REF rewards obedience, conservatism and, all too often, mediocrity. Yet, despite sighing and moaning, generally academics get in line and accept the pressure to conform. The drive among many is to embrace, rather than question, the rules of the game. New recruits are enculturated into the rules, which then become internalised. Self-censorship not only becomes routinised; it also becomes unconscious. Two factors lie behind this: a degree of moral cowardice and a loss of any sense of higher education as having an overarching sense of purpose. In the absence of a moral or intellectual mission in relation to the pursuit and transmission of knowledge, there is little to make attracting opprobrium worthwhile. Today it seems there is often nothing worth saying that is more important than the security of keeping below the parapet and staying in employment. It is this obsequiousness that brought the REF into existence and allows it to continue.