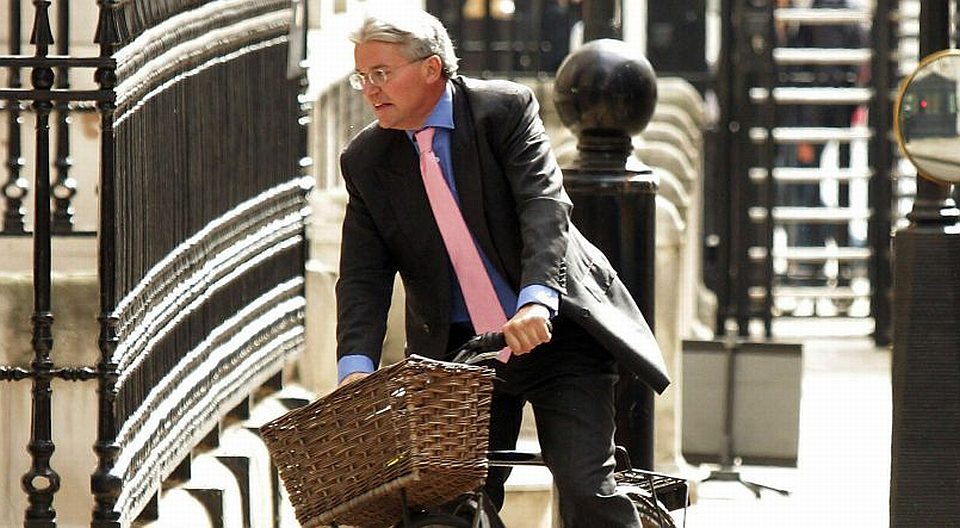 Justice Mitting should open a lexical butchers, so adept is he at mincing words: ‘For the reasons given I am satisfied at least on the balance of probabilities that [Andrew] Mitchell did speak the words alleged or something so close to them as to amount to the same including the politically toxic word “pleb”.’

So there you have it. Sort of. After two years of he said, he said – or rather he sued, he sued, given the fact that both ex-government chief whip Mitchell and PC Toby Rowland launched parallel libel actions against each other – we now know that Mitchell, ‘on the balance of probabilities’, called a police officer preventing his speedy, pedalled exit from Downing Street ‘a fucking pleb’. Of course, he might not have done. During that two-years-old, 11-second exchange, caught on grainy CCTV, Rowland might well have misheard. Mitchell might have said ‘fucking plod’. Or ‘fucking prick’. Or ‘fucking paedo’. Who the pleb knows? There were witnesses, but they turned out to be either fabricated by a now convicted ex-policemen, or seemingly imagined by the cops on duty. So it really all comes down to who you believe. And Justice Mitting, for less than stellar reasons, believes Rowland over Mitchell. Or rather, he believes that Rowland has neither ‘the wit [nor] the imagination… to invent in the spur of the moment what a senior cabinet minister would have said to him’. In other words, Mitting thinks that Rowland is exactly what Mitchell is meant to have called him: a pleb.

But a far more important question hangs over the whole tawdry affair: why has there been such a fuss over what Mitchell may or may not have said to a policeman in a seconds-long contretemps about gate-exiting protocol? Why has there been such heat over this one ‘politically toxic’ word? If Mitchell had just indulged in the kind of Anglo-Saxon unpleasantaries routinely starred out by the same press corps that wet itself in offence at the unstarred-out ‘pleb’, no one would have given a flying proverbial. So why on Earth did the ‘probable’ usage of a rather archaic pejorative generate so much attention?

The first reason, as we have argued on spiked before, hinges on the internal discombobulation and fracturing of the British state. Or to put it another way, the police, lacking the Tory-hewn political purpose of the Bobby Peels of old, have found it very easy to turn against their government paymasters. And at the time of Plebgate, with the Plod’s de facto trade union, the Police Federation, in a wage dispute with the government, the battle was particularly fractious. Mitchell’s ‘probable’ outburst was too good a chance to pass up. It seemingly demonstrated to the public that the Toffish Tories thought the police to be beneath them. Little wonder that the Police Federation, from its decision to parade around outside the 2012 Conservative Party conference in PC Pleb t-shirts to its willingness to fund PC Rowland’s libel action, has never ceased to exploit the whole eye-wateringly petty affair.

But the Police Federation didn’t conjure up this whole affair by itself. As we all now know, it lacks the wit and the imagination to turn, in the spur of the moment, a tantrum at the gates into the stirrings of a class war. No, driving this whole tedious tale, framing it and giving Mitchell’s mardy its absurd political significance, was that most wearisome of narratives, the one pushed with pseudo-radical ease by shallow lefties and a clueless media cohort. It’s the narrative that ascribes to the Tories a posh malevolence, and to the rest of us the status of the poor, the deluded and the put upon. The Tories, as these storytellers have it, are out to get us plebs, while lining their own Savile Row pockets in the process. That’s what explains their tax policies, their attitude towards the NHS, their attitude towards benefits, their education policy… it’s all because they’re a bunch of entitled, public-school snakes who view the mass of British society as ungreat and unwashed.

Take the Guardian, an occasional home to this most facile of sermonising on the evil Tories: ‘[Plebgate was] a dreadful parable of class and entitlement that has haunted the country for more than two years.’ Or the New Statesman: ‘The word “plebs” [stands] as a permanent monument to the party’s perceived arrogance and snobbishness.’

In many ways, it really doesn’t matter what Mitchell actually said; the anti-Tory narrative had already provided the script. As Labourite commentator Polly Toynbee wrote at the time: ‘This crystallises how [the Tories] ignore those who are not their voters, not their leafy shire constituents… Without a shadow of a doubt, they rule for their own ruling class.’ Lord Prescott agreed, writing in the Mirror: ‘This incident is typical of this government’s out-of-touch and stuck-up attitude towards working people.’

There are plenty of very good reasons to attack the Tories, from their PR-driven policymaking to their commitment to the hopeless, futureless rhetoric of austerity. But to attack them on the basis of some spurious assertion that, by dint of their class backgrounds, they are programmed to hate people not like them is not only asinine – it’s conspiracist, anti-political bollocks. It generates a lot of heat, but no light. And it suggests that people are incapable of transcending their social origins, that their ideas, their aspirations, their visions, are in some sense determined by whether or not they were born with a silver cutlery set stuffed in their gobs.

More absurd still is the sight of the prolier-than-thou embracing the judge’s verdict. Because while Justice Mitting has damned Mitchell, he has done so by damning the type of people who join the police. Mitting didn’t just say that Rowland was lacking in ‘imagination’ and ‘wit’, he also stated that he was ‘well suited to his job [as] an armed uniform protection officer’. That is, he was exactly the type of oik of which the police consists. The judge’s verdict on Mitchell’s supposed snobbery was based on, well, snobbery.

None of this is to suggest that snobbery is unknown in the corridors of Westminster. On the contrary, it’s alive and thriving. It’s just that it doesn’t come voiced by an Alan B’stard for the twenty-first century. That time has gone. The new snobbery is not about plebs and oiks; it’s not about knowing how to dress for dinner; and it’s not about cut-glass elocution. In fact, at that level, never have so many well-to-do types scruffed-up, dropped their aitches, and wilfully forsaken their airs and graces. Déclassé is de rigeur in these posh-loathing times.

But snobbery persists in a mutated form. It now judges aberrant attitudes, sneers at the contents of one’s supermarket trolley, and frowns at unacceptable speech. Its labels aren’t patrician, they’re dredged up from the depths of pseudo sociology. The targets of its denigration are ‘socially excluded’ and ‘racially unaware’; they’re ‘unwittingly racist’, ‘xenophobic’ and ‘transphobic’; and they’re often ‘chronically obese’. They are football fans, white van men, lager louts. In the eyes of the righteous, these people are in the wrong. They are today’s ‘plebs’, today’s objects of snobbery.

This was always Mitchell’s problem – not that he had a disdain for the lower orders, but that he used the wrong vernacular.