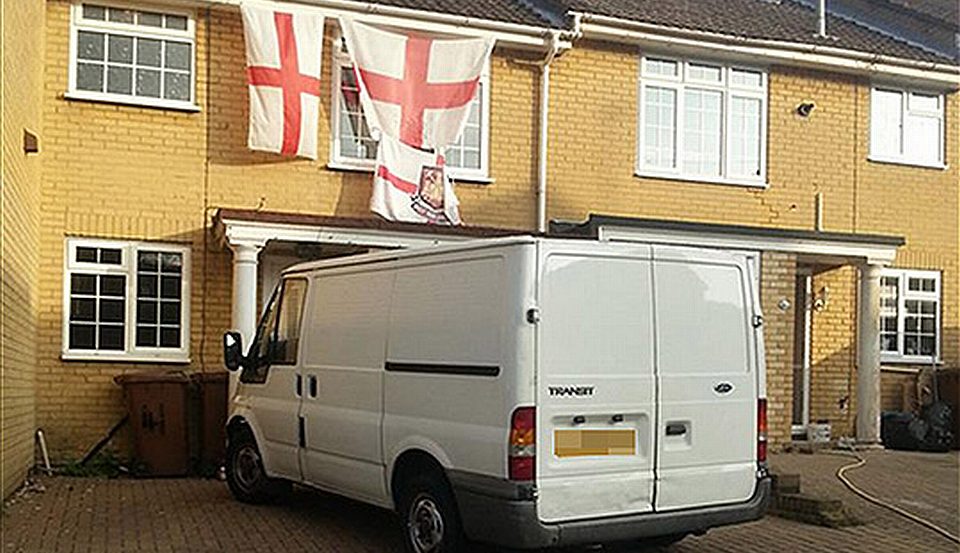 A few Labour-leaning types have been willing to give the now ex-shadow attorney general Emily Thornberry the benefit of the doubt. Some have suggested her twittish pic of a white van parked in the driveway of what looked like a semi-detached shrine to In-gur-lund, complete with the caption ‘Image from #Rochester’, was entirely innocent. After all, as one journalist pointed out, she does tweet ‘a lot about buildings and stuff’. But for everyone else in the UK, the meaning was clear. This was a judgement, an arch sneer at the type of person who festoons their house in England flags, drives a white van and, no doubt, is inclined towards voting UKIP. And what’s more, Thornberry, an MP for that bastion of middle-class metropolitana, Islington, thought the tweet was okay – she probably even thought it was funny.

Few outside of Twitter’s echo chamber were laughing. As numerous commentators and embarrassed Labourites have pointed out, Thornberry had reinforced the increasingly popular impression of Labour’s leadership as ‘out-of-touch’ North London snobs, whose unquestioned, Guardian-inked prejudices lead them unthinkingly to denigrate the lifestyles and attitudes of vast swathes of working-class Britain. Labour leader Ed Miliband, whose political friendship with Thornberry implicated him in the sneerathon, quickly dumped her from the shadow cabinet.

Not that Miliband’s uncharacteristically decisive move, let alone his absurd statement of ‘respect’ for people who hang the St George’s cross from their bedroom windows, was going to do much good for Labour. It merely confirmed what many people, especially among the Labour-supporting left, already think. That is, Labour is becoming the party ‘of vested interests and snooty metropolitans’, as the editor of the leftish New Statesman put it; a party dominated by the shrunken worldview of ‘Primrose Hill and Parliament Hill’, as one Labour MP saw it; a party led by a ‘narrow social group [of] Oxbridge graduates, in particular economics graduates, politics graduates, social scientists and lawyers’, to quote one Labour lord. And the solution? Labour needs to reconnect with ‘everyday people’, to use Miliband’s own odd phrase; it needs to revive its vocation as the party that speaks for Rochester’s white van man and his ‘hard-working’ ilk.

This is music to the prolier-than-thou ears of Old Labour’s assorted broadsheet champions, the ones who blame ex-leader Tony Blair for making Labour too New, too ‘modernised’, too, well, middle class. But it’s also a pile of the proverbial. Not because Labour is not the party of small-minded, insular ‘liberals’, who view society beyond Hampstead and Highgate as a bit ‘bigoted’, to revive ex-prime minister Gordon Brown’s term of endearment. It is – it is all that and more. No, the problem with viewing Labour as a party that, in recent years, has moved too far from its working-class supporters is that this implies that Labour was once a solidly working-class party. It implies that the disconnect between Labour and the people, and the snobbery and the disdain of its coterie of leaders and media insiders, is a recent problem.

It’s not a recent problem. In fact, Thornberry’s subtextual two fingers to People Like Them draws on a profound distrust of people, especially working-class people, that has long dominated Labour’s outlook. This has nothing really to do with the social backgrounds of Labour’s leaders (although it is true that the old trade-union route into the Labour Party has long since fallen into disrepair). Rather, it’s to do with the Labour Party’s response to the crisis of Labourism during the late 1970s and the 1980s.

Up until the late 1970s, the Labour Party knew what its role was, and it knew who it represented. Its role, as the parliamentary representative of the trade unions, was to manage social conflict, to ensure, ‘in times of strife’, that the contradictory relationship between labour and capital never erupted into full-blown social conflict. Wage freezes were negotiated, strikes deferred, conflicts averted. This was the postwar consensus. But, as the long economic boom after the Second World War came to an economically juddering end, and the Conservative Party under Margaret Thatcher abandoned the postwar consensus in favour of a war against trade unionism, Labour lost its bearings. And, more importantly, it also lost a lot of its working-class support. Between 1945 and 1979, half of Britain’s trade union members voted Labour – by 1983, that figure was down to 39 per cent. This trend was repeated more broadly: during the 1960s, approximately 65 per cent of the working-class vote went to Labour; by the 1980s, this had fallen to 50 per cent.

It wasn’t difficult to work out why. While Thatcher’s Tories promised people lower down the social ladder an opportunity to advance themselves, from the chance to buy their own homes to the promise of improving their lives materially, Labour appeared bereft – of purpose and appeal. Its proclamations of statist semi-socialism, given its travails during the late 1970s, not only rang hollow but also seemed hopeless.

And yet Labour never recognised its own ideological and political obsolescence for what it was. Instead, Labour and its supporters blamed the working class. They accused those now turning towards the Tories of selfishness, of avarice, of oik-ish individualism. Wanting a better life for oneself and one’s family was presented as greed; looking to make more money was grasped as a symptom of me, me, me-ness. Where was the collectivist, self-sacrificing worthiness of the horny-handed sons of toil of old, Labour asked? And it was this displacement of Labour’s own crisis, its inability to offer an alternative to that of Thatcher’s Tories, on to the British working class that allowed the latent snobbery and nasty paternalism of the Labour Party to flourish.

This tendency to blame the working class for failing to vote Labour permeated the outlook of the left’s Stalinist intellectual rump. Cultural studies progenitor Stuart Hall spent much of the 1980s blending Gramscian/Althusserian jargon with the concept of ‘Thatcherism’ as an ideology to explain why so many working-class people failed to do what they should have done and voted Labour – to all intents and purposes, they were duped, or ‘interpellated’, as he put it. Eric Hobsbawm, meanwhile, was content to blame Labour’s struggles on the increasing ‘heterogeneity’ of the working class. These theories didn’t explicity bash the White Van Man of Thornberry lore; but, by assuming the working-class was diverted from its true course by a false consciousness of Thatcherite individualism and law’n’order solutions, it certainly prepared the way.

Where Labour went, its pop-culture support followed. Caricatures of the working-class man or woman, corrupted by material aspiration, proliferated. There was Basildon Man, a flash car-driving blur of tastelessness, displaying his new money in a New Town built for London’s EastEnd working-class spillover. There was the Essex girl, a white stilettos-wearing, babycham-drinking desperado keen to bed anyone with an XRi. There was Loadsamoney, Labour-supporting comic Harry Enfield’s vulgar, working-class money-loving money-shot. And there was even the Yuppie, the fileofax-carrying parvenu who knew the price of everything and value of fuck all. This vast cultural sea of disdain had arisen not simply in opposition to the Tories – as many now see 1980s alternative comedy – but in support of Labour, as an explanation of its failure. And it did so by caricaturing and demonising the attitudes and aspirations of an increasingly non-Labour-voting working-class. Snobbery had never been so right-on.

It might look, given the electoral success of Blair, as if Labour corrected its aversion to White Van Men, Basildon blokes and Yuppies. But in many ways it merely turned its incomprehension towards the lifestyles and attitudes of the lower orders into official policy. From the then shadow home secretary Blair’s condemnation of Britain’s ‘broken society’ in 1993, where he turned the murder of toddler Jamie Bulger by two boys into a cheap state-of-the-nation address, to the politics of behaviour of New Labour in office, Labour’s antipathy towards the cultural and moral outlook of huge numbers of people has, if anything, developed since the 1980s. Under Blair and then Brown, Labour attacked everything from the food people ate to the volume of booze they drank. And in the shape of Lord Layard’s happiness agenda, in which material aspiration was denigrated in favour of mental wellbeing, people’s desire for a richer, better life for themselves remained under attack, too.

So Thornberry’s tweet of disdain is not an anathema to the Labour Party. Quite the opposite: the modern Labour Party has been built on its loathing of working-class people’s lifestyles and aspirations. It’s those stupid buggers’ own fault, you see, for failing to recognise back then that state socialism was in their own best interests, just as they now fail to recognise that less material consumption is in their best interests. The Labour Party is still demonising the aspirations and ambitions that Thatcher’s Tories once appealed to. Miliband and his band of mediocrities are not ruining the party of the working man; they are merely continuing its worst traditions.