No to No Platform: in defence of unpopular ideas

Read the speech Tom Slater gave at the Oxford Union. 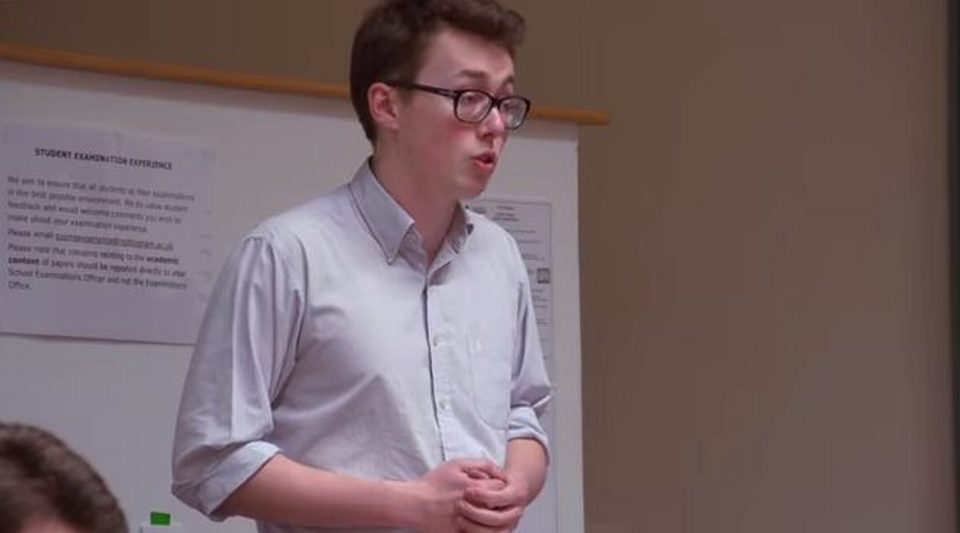 This is an edited version of a speech Tom Slater made in support of the motion ‘This House Believes That Popular Support Is Enough to Justify a Platform’ at the Oxford Union on 20 November 2014.

I’d like to start by saying that I find the motion we have been asked to address this evening a little bemusing. Because, quite simply, popular ideas aren’t really in need of protection – or, for that matter, a platform.

Rather, it is the unpopular idea, both throughout history and still today, that society most often seeks to snuff out and to censor. The mainstream has always done a pretty good job of looking after itself. What I’d like to put to you this evening is that even unpopularity justifies a platform. The batty, the marginal, the strange and the downright outrageous are precisely the sort of opinions we need to protect.

There are two fundamental reasons for this. Firstly, free speech, if it is to have any meaning at all, has to be indivisible. It is not something to be handed down, like charity, to those who we deem sensible, or suitably right-on. Free speech is for all, or it is for none at all. And secondly, this anything-goes approach to free speech has a genuinely progressive value. It is only, as the great John Stuart Mill wrote, ‘through the collision of adverse opinions that the remainder of the truth has any chance of being supplied’. Through having free speech for all, we can shine a light on the untruths of the ignorant and the downright deranged. And, at the same time, we allow room for radical, dissident and progressive ideas to emerge.

Liberty, democracy, abolitionism, universal suffrage – these are all ideas that were once deeply unpopular. It was only because people were able to air them and argue about them that they were able to push society forward. The No Platform policy, which our motion euphemistically refers to, is and was a bulwark against the sort of radical change free speech enables. For the 30-odd years No Platform has been held on to by students’ unions and campaign groups, it has worked to close students’ minds to potentially new and radical ideas, and hold them back from arguing against and changing the bad, old ideas held by others.

But, to the Oxford Union’s credit, this motion, this debate, is one that needs to be had out. Because today, on university campuses in particular, it is the popular that is increasingly bearing the brunt of campus censorship.

Today, the far-right movements the No Platform policy looked to combat have waned. The BNP, the EDL and various other fascistic throwbacks have been all but cast into the dustbin of British political history. This was not, I stress, because a few universities refused to allow them on to their campuses. Politically correct students were never really the BNP’s demographic. It was the exposure of the rottenness of their ideas – in the media and the public square – that meant Nick Griffin is now selling scrap metal to keep himself afloat.

We’ve seen this with the banning of ‘Blurred Lines’. We’ve seen it in the rise of the No More Page 3 campaign. And we saw it in Oxford this week with the banning of a debate on abortion, involving my editor, Brendan O’Neill. All of these instances speak to the bleak prospect we face today.

Where once students’ unions might have stopped vicious anti-abortion groups from setting up a stall on campus, now they crack down on a two-sided debate between two respectable columnists.

Where once students’ unions No Platformed the far right in an effort to keep the barbarians outside the gates, today they try to micromanage every song you listen to, every newspaper you read and every debate you attend, in an effort to quell the barbarian they think is lurking within you.

This sorry state of affairs demonstrates two truths about censorship. First, that censorship, where it goes unchallenged, becomes an unwieldy force. As soon as one form of censorship has been justified, there is no end to what might be clamped down on next. Once you chip away at that indivisible liberty, it soon starts to crumble. And secondly, it demonstrates that, as Thomas Paine wrote in his preface to the Rights of Man, censorship is always more ‘a sentence on the public [than] the author’. Not only does it reduce you to the stature of vulnerable, easily offended children, but it also diminishes you politically. It says that you are not up to the challenge that free speech entails. That is, the challenge to test one’s own ideas and arguments against those of others, and to help ensure truth wins out over untruth.

On university campuses today, the clampdown on the popular and the mainstream shows that students’ unions and belligerent campaigners don’t trust you to engage with the wider world – let alone try to change it. Instead, you should be wrapped up in cotton wool, apparently. You should be shielded, not only from the batty views of extremists, but from the potentially corrupting influence of everyday culture.

I implore you to vote in favour of the motion, but to do so with a slight amendment. You should vote in favour of a motion that says: ‘This House Believes That Any Idea Should Be Heard.’ Because, as students, and as citizens, you need to confront, test and argue with all ideas – be they popular or unpopular. It is only then that you will have a chance of finding the dissident, progressive and new ideas that will help take society forward.

Vote for this motion, and consider it a vote of confidence in yourselves.