Will Cornick: turning a teen into ‘the face of evil’

The naming of Ann Maguire's childish murderer helps no one. 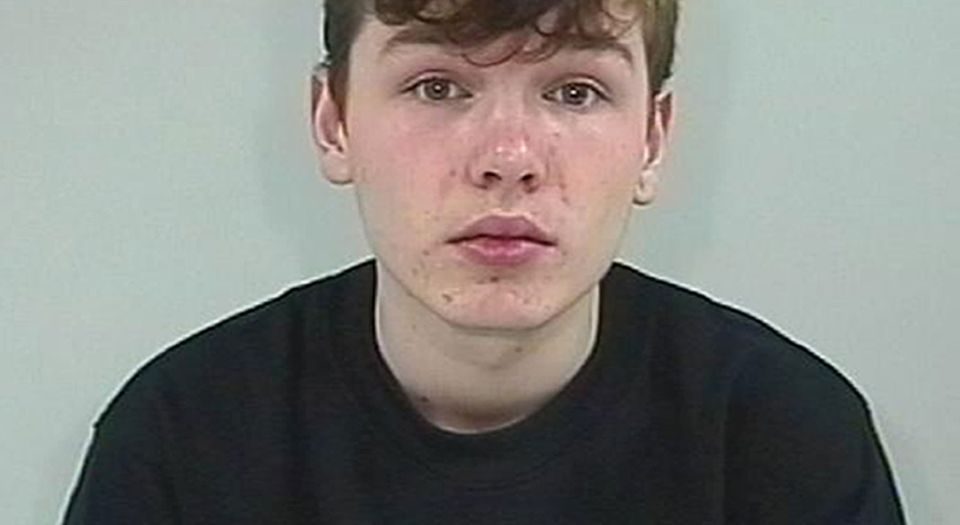 Will Cornick was 15 years old when, in front of his classmates, he stabbed to death his Spanish teacher, 61-year-old Ann Maguire, at Corpus Christi Catholic College in Leeds, England. As shown by the mugshot, which has adorned every paper and news bulletin this week, he certainly looks every inch the spotty, greasy-faced adolescent that he is. At the time of the crime, he was not deemed old enough to have consensual sex, not deemed old enough to drive, not deemed old enough to vote… and crucially, although the age of criminal responsibility is set at 10 in England and Wales, he was still deemed subject to the youth-justice system, as all under-18s are, rather than the criminal-justice system proper.

And yet he’s not been treated as what he legally and factually is – a youth, a teenager, a pubescent. No, he’s been treated as a fully developed adult, with all the criminal responsibility that entails. So during his sentencing this week, the presiding judge, Justice Coulson, first decided to strip Cornick of the non-identification order which ought to have applied under the Children and Young Persons Act 1933, and then handed down a distinctly adult-sounding jail sentence of 20 years, complete with the caveat that he might never be released.

With the lifting of Cornick’s anonymity order, the legal outline of Cornick the murderer has been fleshed out with speculative psychologising and journalistic caricature. He has been transformed into a repellent curiosity, more and less than human, the fathomless perpetrator of what Ann Maguire’s understandably devastated husband called, in his victim impact statement, a ‘monumental act of cowardice and evil’. So we’ve been treated to the psychiatric profiles of Cornick, with much talk of the ‘psychopathic elements’ to his character. And we’ve heard Cornick in his own words say he ‘couldn’t give a shit’ about what he’d done, and that he felt proud – ‘fine and dandy’, as he put it. He has been turned into an object of moral repulsion and, simultaneously, intrigue – one broadsheet even reported from outside Cornick’s house, noting ‘a swingball set in the back garden, the only sign that a teenager used to live there not long ago’.

Amid this ‘face of evil’ portraiture and the judge’s willingness effectively to treat Cornick as an exception to the law and render him up to the public as an adult, it’s easy to forget that that is precisely what Cornick is not – an adult. There’s a reason psychiatrists are reluctant to apply profile categories such as ‘psychopath’ or ‘sociopath’ to young people under the age of 18 – because they’re still considered to be developing and changing rapidly, still learning to be adults (or not, as the case may be). Children are still, in short, too young to be labelled as having become this or that. And yet this now 16-year-old boy, named and understandably shamed, has been transformed into a distinctly adult-like evil, destined, one imagines, for that same hall of youthful infamy as the likes of two-year-old James Bulger’s killers, Jon Venables and Robert Thompson (aged 10 and 11 at the time of Bulger’s killing), and child-murderer Mary Bell (aged 11).

But quite how the identification and heavy sentencing of Cornick helps anyone is unclear. Despite vague talk of rehabilitation, Cornick himself has little if any future now; his parents’ and siblings’ lives are now up for public judgement; and, as for Maguire’s family and friends, this transformation of their own private tragedy into a national event will make it very difficult for them to move on.

Some have criticised the decision to reveal Cornick’s identity and to give him what sounds like an interminable jail sentence. Assorted campaign groups, such as the Prison Reform Trust and the Standing Committee for Youth Justice (SCYJ), have called Cornick’s treatment excessively punitive. Others such as ex-Tory MP Louise Mensch have simply asked ‘how can a 15-year-old be sentenced as an adult?’. This line of criticism was followed by the Guardian’s Deborah Orr who, citing theories of brain development, claimed that ‘any person who commits a crime at 15 years of age is not a fully developed human being… Child criminals should be treated differently to adult criminals for this reason.’

But these critiques are dulled by a refusal to grasp why this has happened; that is, why this tragic, but exceptional, case – it is the first time a child has killed a teacher in school in Britain – has been transformed into an event of some obscure national significance, overturning legal precedent in the process. As far as Orr is concerned, it’s because the judge bowed down to ‘public outrage’: ‘This case suggests that what we have is a system that doesn’t know what is right, but does know what is popular.’

But this entirely misses the point. Yes, it’s true that Ann Maguire’s death at the hands of a pupil piqued public interest, prompting sympathy for her family and intrigue about the killer. But the real pressure to publicise the killer’s identity, to dish out a severe punishment, to treat Cornick not as a young person who had committed a terrible crime, but as an avatar of evil, as a psychopath, as an adult, came from the UK’s politicians and the media.

Think back to the immediate reaction to Maguire’s murder. It wasn’t treated as a macabre crime story, a tragic one-off. It was treated as an occasion for broadsheet commentators to dabble in pseudo-sociological analysis, a chance to talk of the culture of male violence against women, an opportunity to speculate about the influence of violent, misogynist video games on young people. But more than that, it was a chance for Britain’s political leaders, in want of a way to connect with the public, to indulge in a bit of easy emoting and righteous posturing. So while Labour leader Ed Miliband decided to pay tribute to Maguire in parliament, calling her ‘an inspiration to all she taught’, Cameron was busy backing a permanent public memorial. In doing so, Britain’s leaders turned the crime into something of national and political significance – a prompt, a sign, a call to action.

Little wonder, given the political attention Maguire’s murder received, that the press then decided to try to push for the removal of the anonymity order on the grounds that the case was of ‘exceptional public interest’, and therefore demanded exceptional treatment. And it wasn’t just the tabloids that were desperate to enter into the private tragedy of Maguire’s murder. No, the application was driven through by the so-called respectable press, too, from the Guardian to the Telegraph. It made sense, too. Given Maguire’s murder had been turned into a public event, a political concern, this meant her teenage killer – who he was, his life and his background – was now of public interest, a concern for us all.

So the exceptional treatment of Cornick wasn’t the product of ‘public outrage’ – it was the product of the political and the media elites. But more pointedly, it testifies to something else, too: the political elite’s increasing inability to grasp what separates childhood from adulthood. This disorientation has deep roots, reaching back to at least the trial of James Bulger’s killers, Venables and Thompson. Then, as now with the older Cornick, the judge, backed by politicians, especially an insurgent New Labour, decided to make an exceptional spectacle of the pair, which meant revealing their identity, trying them in an adult court, and, ultimately, with some choice words about ‘unparalleled evil’, turning them into infant-faced symbols of moral decay. New Labour enshrined the trial in law, first with the post-Bulger White Paper, No More Excuses: A New Approach to Tackling Youth Crime in England and Wales, and then with the Crime and Disorder Act of 1998, which abolished doli incapax. This was the principle that children under 14 were incapable of committing criminal acts. The idea was not that children couldn’t commit horrible acts, but that they lacked the moral intention to commit them, because you need to have full cognition of what is right to do wrong, to be fully responsible.

The legacy of this has been profound. At various points since the Bulger case, children have frequently been treated as de facto adults. There was the case of two boys aged 10 and 11 convicted of attempted rape in 2010, and, in the same year, the case of the Edlington boys, again aged 10 and 11, who were described by the sentencing judge of indulging in ‘prolonged sadistic violence’. In both cases, the wicked actions of children were viewed in terms of adult motives, and, as a result, the crucial distinction between adults and children – the capacity for moral reasoning, and its correlate, immoral reasoning – was lost. Cornick, of course, was older at the time he murdered Maguire – 15 – but the point still stands: his capacity for moral reasoning, for judging courses of action according to right and wrong, was not developed. This becomes even clearer given we now know that he first started talking of killing Maguire when he was just 12.

At the centre of the Cornick case, at the root of his public identification, severe sentencing and near-literal demonisation, is a profound confusion over not just what constitutes criminal responsibility, but over what makes us adult. Given the low esteem in which politicians and the media hold people’s ability to reason for themselves, to act as morally autonomous adults, perhaps that confusion should not be a surprise.