Berkeley vs Bill: FSM turns in its grave 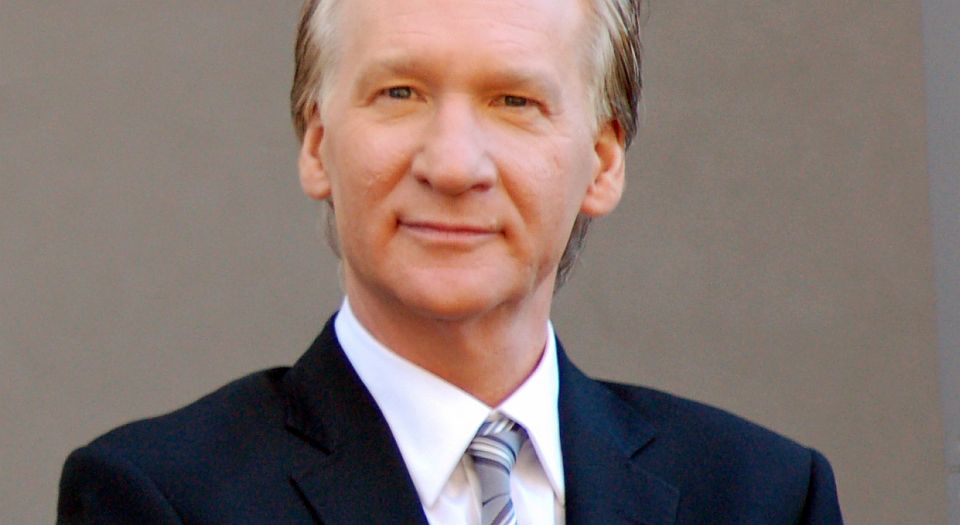 Students at the University of California, Berkeley, are demanding that the administration ‘disinvite’ comedian Bill Maher who had been asked to be the commencement ceremony speaker in December. An online petition from the Middle Eastern, Muslim and South Asian Coalition (MEMSA) declares that Maher ‘has made statements that are blatantly bigoted and racist’, in particular about Islam. Examples of ‘hate speech’ cited by the petitioners include Maher’s recent statement that ‘Islam is the only religion that acts like the mafia, that will fucking kill you if you say the wrong thing’.

In response to the clamour for Maher’s disinvitation, the undergraduate committee at UC Berkeley responsible for selecting speakers voted to rescind the invitation to Maher. But the university administration announced the invitation will stand.

The controversy resonates historically at Berkeley. The university is currently celebrating the fiftieth anniversary of the Free Speech Movement (FSM), a coalition of Berkeley staff and students who fought for free-speech rights for students on campus. ‘I guess they don’t teach irony in college any more’, quipped Maher, in response to his mooted disinvitation.

Maher does not have a ‘right’ to speak at Berkeley’s ceremony; this is not a First Amendment issue. But the campaign to remove him as the speaker at the graduation event is thoroughly censorious and antithetical to the free exchange of ideas. Trying to silence certain views is especially problematic at universities, institutions in which students are expected to engage with a variety of ideas. The attempt to oust Maher is part of a regressive anti-intellectual trend. In the past year alone, there has been a wave of speakers – including Condoleezza Rice, Christine Lagarde, Ayann Hirsi Ali and George Will – who have had invitations rescinded or who decided to decline following protests.

The slogan used by the UC Berkeley campaign against Maher is ‘Free Speech, Not Hate Speech’. This formulation is a contradiction in terms: if you seek to prevent certain speech – say on the grounds of being ‘hateful’ – then you do not support free speech. Alongside Nineteen Eighty-Four’s ‘Freedom is Slavery’, we can now add ‘Censorship is Free Speech’.

Marium Navid, co-author of the petition against Maher, claims: ‘It’s not a matter of freedom of speech, it’s a matter of campus climate.’ Her petition presents Maher as a threat to safety: ‘We cannot invite an individual who himself perpetuates a dangerous learning environment… his dangerous rhetoric has found its way into campus communities.’ In other words, safety trumps freedom of expression. But it is not like Maher is calling for violence; he brings no real ‘danger’ to Berkeley.

The safety Navid and others seek is to avoid being exposed to different or challenging ideas. The underlying assumption is that students are fragile and easily harmed by a speaker’s words. The recent academic trend of slapping ‘trigger warnings’ on course materials, so that students might avoid the ‘trauma’ that is expected to follow from reading them, shows that the university is being reorganised around the belief that the typical student is a pathetic basketcase.

The Berkeley petition also makes a special plea essentially to make ethnic or religious minorities off-limits. ‘Too many students are marginalised by [Maher’s] remarks’, states the petition. By inviting him, the university ‘would not be supporting these historically marginalising communities’. It’s a distortion to claim that the only way to express solidarity with certain disadvantaged people is to censor others. In the past, radical groups like Berkeley’s Free Speech Movement, which was comprised mainly of civil-rights activists, rightly saw free speech as a precondition for social advancement.

Even if you find Maher’s remarks to be bigoted towards Muslims, clamping down on such views does not combat them. In fact, doing so would only lend legitimacy to those arguments: Maher argues that Islam is especially intolerant, and here we have a Muslim group at UC Berkeley responding to him by calling for, well, intolerance. Moreover, while Maher is criticised for ‘generalising’ about Muslims, his opponents seem to also view Muslims in a very monolithic way – as uniformly offended by Maher’s remarks, and as uniformly in need of protection, lest their feelings be hurt.

Many of those opposed to Maher argue that the commencement ceremony is an exceptional stage, very much unlike other settings for discussions on campus. Navid says that Maher ‘doesn’t deserve to be elevated to the position of commencement speaker’, and Ibrahim Hooper of the Council on American-Islamic Relations (CAIR) argues that by having Maher address graduates, Berkeley is giving ‘a tacit endorsement of his hate-filled views’. But a university inviting a speaker to a commencement ceremony does not represent a de facto endorsement of that speaker’s views. Universities are not meant to have party lines. And based on the variety of orators and opinions expressed at commencement ceremonies, there does not seem to be many colleges demanding ideological purity at these events. But a party line is exactly what the commencement disinviters are hoping to see; they are effectively asking for universities to vet speakers politically and ensure they do not say anything that they disagree with.

In an interview with Al Jazeera, Navid said that Maher is ‘free to come to campus, and he’s free to come to speak in a public forum in a debate, but not in this specific forum of the commencement speech’. It’s breathtaking that Navid and her fellow campaigners believe they can decree where and when Maher is allowed to speak – but she’s not alone. When Rula Jebreal, a Palestinian journalist, challenged Maher on his HBO show on Friday night, she picked up on this idea that the graduation ceremony was not an adequate discussion forum, and thus free speech did not apply: ‘Commencement speech is a platform that doesn’t give an opportunity for questions, it doesn’t give an opportunity for pushback, for even a debate. It’s a monologue, not a dialogue.’ But there is no requirement for all campus events to have two or more speakers, or to be set up as roundtable debates. Students have plenty of other opportunities to comment before and after events, and via various media.

As it happens, it is disingenuous for opponents to claim that speakers like Maher are problematic due to the unique circumstances of commencement, given that the exact same arguments about banning hate speech are used with respect to speakers invited to campuses on other occasions. At Haverford College in Pennsylvania earlier this year, students were upset that Robert George, a conservative, was invited to speak. (The fact George was accompanied by the radical Cornel West, who is a friend of his, was apparently insufficient inoculation.) As one undergrad put it, ‘What really bothered me is… the whole idea that, at a liberal-arts college, we need to be hearing a diversity of opinion. I don’t think we should be tolerating [George’s] conservative views because that dominant culture embeds these deep inequalities in our society.’

In a debate with Hooper over Maher’s invite, Greg Lukianoff of the Foundation for Individual Rights in Education (FIRE) highlighted the impulse to censor that drives what FIRE calls ‘disinvitation season’: ‘My concern is that students and faculty members go first to “let’s not have this person speak on campus”… We really should be teaching people to at least hear people out or [listen to] what they’re going to say before you try to get them kicked off campus.’ It is one thing to protest and express disagreement with a speaker, and another thing to protest and call for someone to be barred from appearing at all. But this seems to be lost on the campus protesters of today.

It makes you wonder what the Free Speech Movement activists of the 1960s would make of the reflex to reject Maher. At that time the loudest voices were calling for free speech; today the most prominent voices are calling for free speech to be restricted. Back then college free-speech advocates squared off against administrators; today it seems there is as much intolerance, if not more, to be found among the student body and faculty.

Yet, while things have undoubtedly changed, my sense is that many students are not happy with the censorious atmosphere on campus. Now is the time for students to make use of their freedom of speech to make themselves heard. As the saying goes, use it or lose it.