Child-abuse inquiry: no way to the truth

A culture of mistrust in Westminster meant this inquiry was doomed to unravel. 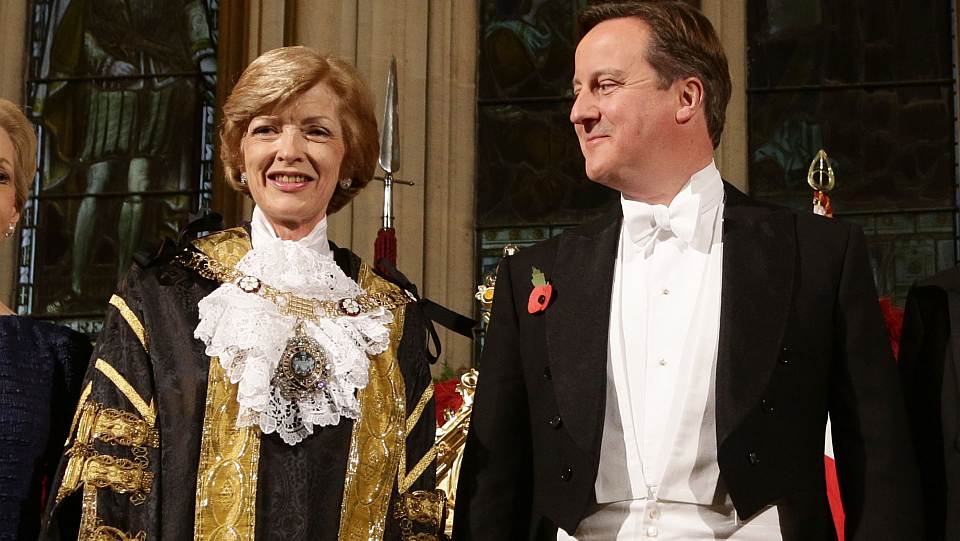 In post-Savile Britain, we have become accustomed to constant rumours and allegations of establishment cover-ups carried out by powerful networks of paedophiles. And no wonder; the pervasive mood of mistrust towards British institutions, which has been brewing for at least a couple of decades, has crystallised into an obsession with the apparently omnipresent threat of institutional abuse. What’s more, the UK government has internalised this mistrust – hence its willingness to launch a confused, all-purpose inquiry into the murky past of institutional child abuse.

However, the launching of an inquiry is no longer sufficient to placate those demanding that ‘something more needs to be done’. This is clear from the government’s struggle to find a suitable chair for the inquiry. The original chair, Lady Butler-Sloss, was forced to step down following accusations of a conflict of interest – her brother was UK attorney general during the 1980s when the abuse was alleged to have taken place. And now her replacement, Fiona Woolf, has had to step down because of her acquaintance with certain politicians from the same period. It is clear that the only suitable chair for this inquiry will be someone who both has the blessing of the victim lobby and who can be relied on to continue the crusade into the indefinite future.

There was a time when appointments to official inquiries were, at least outwardly, made according to neutral and objective criteria. That’s no longer the case. Home secretary Theresa May has signalled that the new head of the inquiry will be vetted by child-protection campaign groups – groups, that is, whose very moral authority derives from their conviction that child abuse is rife, and that it is their role to expose it.

That the question of ‘who will lead this inquiry?’ has become a subject of fierce debate shows that the boundary between the sphere of politics and the system of justice has eroded. What’s even more disturbing is that the government’s response to the now routine charges of ‘cover-up’ only strengthens the conspiratorial zeitgeist of our time.

All the current confusions surrounding the workings of this inquiry were set in motion in the weeks following the Savile revelations in September 2012. At the time, Labour MP Tom Watson, one of the moral entrepreneurs most active in the promotion of child-abuse conspiracy theories, responded to May announcing two inquiries into allegations of sexual abuse by a senior Tory by condemning them as representing the ‘next stage of a cover-up’. He claimed that May’s proposal ‘would guarantee that many sickening crimes will remain uninvestigated and some of the most despicable paedophiles will remain protected by the establishment that has shielded them for 30 years’. In effect, what Watson demanded was what one commentator characterised as a ‘virtually unlimited inquiry into establishment paedophile networks’. Which is precisely what this current inquiry is likely to become.

Following Woolf’s resignation, Watson has been far more generous towards May: ‘I believe Theresa May is keen the investigation should be thorough and should get to the bottom of all this, but the setting up of the inquiry was resisted for a long time in Downing Street, and there are still people in Westminster who don’t want it to happen’, stated Watson a few days ago. Returning the compliment, May appears ready to turn the child-abuse inquiry into a carnival of morbid speculation about human depravity and the misdeeds of the past.

The demise of the inquiry

As I suggested in my study of the Savile affair, Moral Crusades in an Age of Mistrust, the demand for investigating historic allegations of abuse feeds on itself; it starts to create its own reality. The recurrent demand that ‘something should be done’ almost seamlessly leads to a call for an inquiry. The explosion in the number of inquiries that followed in the wake of allegations against Savile showed that the inquiry has turned into an institutional means to channel and manage public mistrust. Such a casual use of inquiries threatens to devalue their authority. And the current controversy surrounding the chairmanship of the child-abuse inquiry, and its remit, indicates that it has become no less politicised than party politics.

One of the most unremarked upon yet remarkable developments in British public life has been the phenomenal growth of the inquiry as a key institution of governance. One study remarks that ours is an ‘age of inquiry’, noting that of the 59 inquiries launched in the field of health between 1974 and 2002, ‘there were two in the 1970s, five in the 1980s and 52 between 1990 and 2001’ (1). This pattern is reproduced throughout different sectors. In 2005, the Home Office permanent secretary Sir John Gieve warned that the ‘pressure for public inquiries is increasing all the time’, and that there is a risk that ‘we overdo it’ (2).

Inquiries, particularly those led by senior members of the judiciary, are far less likely to be criticised for their conduct than other public institutions. Historically, the judiciary was perceived as independent and impartial, and relatively immune to the influence of vested interests. That is why the ascendancy of the judicial inquiry as a front-line instrument of governance is an expression of the loss of legitimacy of other public institutions. But the reliance on judicial independence to restore political authority is not without its contradictions. The mushrooming of inquiries threatens to politicise the courts and expose the judiciary to conflicts of interest. Barrister and regular spiked contributor Jon Holbrook has argued that judicial activism, which draws judges into the full glare of public life, is likely to put the judiciary under greater scrutiny. He contends it is likely ‘that the judiciary itself, as an institution, will also start to suffer the forms of fragmentation and loss of support that have affected other institutions’.

Nor are inquiries immune to criticism from competing groups of moral entrepreneurs. In recent years, the remit, conduct and conclusions of inquiries carried out in the past have all been criticised. The launching, in October 2012, of an inquiry into the original Waterhouse Inquiry into alleged abuse in care homes in Wales indicates that the authority of judicial independence is not beyond question. It is clear that the findings of an inquiry do not mean the end of discussion and debate. The emergence of the ‘re-inquiry’ suggests that the reputation of this institution is already being devalued.

Predictably, many now argue that the current inquiry into institutional abuse ought to be converted into one led by a senior member of the judiciary. However, the transformation of the current public inquiry into a judicial one will simply intensify the process of politicising the system of justice. No inquiry can fully reconcile the conflicting pressures from competing campaign groups for recognition, reassurance and affirmation. Consequently, the composition or leadership of the child-abuse inquiry will make little difference; there will still be even more demands for a new inquiry. This will be followed by even more vociferous denunciations of cover-ups, which are likely to lead to inquiries into the inquiry. Brave souls are needed to stand up and counter an emergent political culture where mistrust, bad faith and obsessive fantasy trump a reasoning and open-minded pursuit of truth.

(1) See ‘The Changing Character of Public Inquiries in the (Risk) regulatory State’, by A Burgess, in British Politics, Vol 6, p9

(2) ‘The Changing Character of Public Inquiries in the (Risk) regulatory State’, by A Burgess, in British Politics, Vol 6, p3