We need to rethink resilience

Once, it meant being strong and resourceful – not anymore. 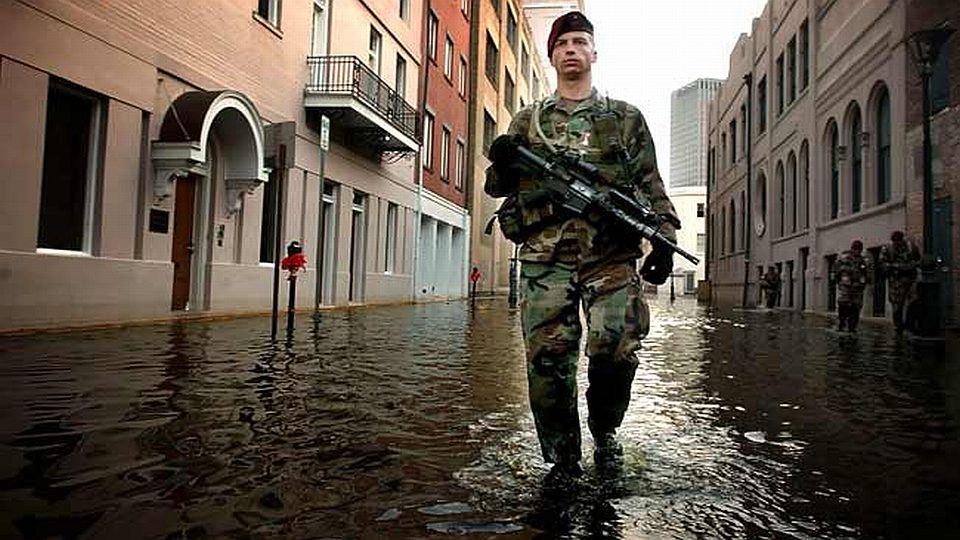 ‘Resilience’ has become a policy buzzword in recent years, apparently important to everything from mental heath to national security, unemployment to climate change. Last year an all-party parliamentary group even called for resilience to be taught in UK schools in order to promote social mobility. Yet as Frank Furedi has recently noted, ‘despite all the acclaim heaped on the concept of resilience it is far from evident what it actually means’. Resilience, he observes, is ‘a highly contested concept’.

David Chandler’s latest book, Resilience: The Governance of Complexity, suggests that part of the reason for this contested and confusing usage of the term is that the assumptions articulated through the concept of resilience have changed radically over the past decade or so. ‘A concept that started out as clearly distinguishing the subject and its inner strengths and capacities’, he argues, has now become ‘a concept which emphasises the interrelationship between subject and object’.

In its ‘classical’ usage, the idea of resilience emphasised the ability of individuals or communities to withstand the challenge of disasters or other tragic events. It rested on a conception of the human subject as robust and capable – a Robinson Crusoe figure who could draw on his own inner resources to bounce back from external shocks. In ‘post-classical’ terms, by contrast, resilience is not so much a property of autonomous individuals as of the systems or processes in which we are all understood to be embedded. A disaster or other unexpected event is seen as an opportunity for learning about those systems – a potentially ‘creative moment’ when ‘problems are brought into clear view’.

From this perspective, inculcating resilience means increasing our ability to reflect on our complex interconnections with the world and to become more adaptable. Discussing the lessons of Hurricane Katrina, for example, leading resilience policy advocates Brian Walker and David Salt argue in their 2006 book Resilience Thinking that local communities should have ‘embraced the processes of natural change rather than attempted to control them for short-term returns’, and should have been ‘given responsibility to learn to adapt to the changes happening around them’.

As suggested by the preference for adaptation rather than attempted control, the overall lesson continually drawn by resilience-thinking is that modern, liberal understandings of politics and governance are problematic and obsolete. Chandler’s central argument is that resilience-thinking is emerging as ‘the first post-liberal or postmodern episteme’; the first ‘coherent, positive, alternative to modernist frameworks of the subject and the world’. It is ‘positive’ in the sense that, instead of lamenting the loss of modernist understandings of politics, resilience approaches take their breakdown as ‘a positive gain; a realisation of a truth of the world, which we were somehow blind to before’.

This new ‘truth of the world’ is the ‘complexity’ referred to in the subtitle of Chandler’s book. Complexity theory and other, overlapping theoretical trends such as actor-network theory, new materialism and post-humanism, are increasingly influential across the humanities and social sciences. Complexity approaches are not making an epistemological claim, about our inability to know and predict patterns of cause and effect which are nevertheless understood to operate deterministically, but an ontological one: that the world itself consists of intersecting complex systems or processes in which we are embedded and which produce unpredictable effects and outcomes. The interactions of complex life are not simply chaotic or disordered, but neither are they knowable according to any linear cause-and-effect models. Rather, order is an emergent property of self-organising complex systems, and is knowable only after the fact.

Chandler dissects several examples of how such theoretical approaches are being mapped on to more practical questions by policymakers and advisers. Former Conservative Party adviser Dominic Cummings was at the centre of media controversy in 2013 when his draft briefing paper on education was leaked by the Guardian. Yet his advice – that both ‘established political philosophies’ and the ‘standard social-science model’ were now untenable as guides to governance, because they could not cope with systems which are ‘complex, nonlinear, and have properties that emerge from feedback between many interactions’ – is fast becoming the new conventional wisdom. At the opposite end of the (extremely narrow) UK policy spectrum, Institute for Public Policy Research writers Graeme Cooke and Rick Muir note that ‘social problems are situated within complex systems that are unsuited to mechanistic interventions. Rather than attempting to engineer outcomes through “command and control”, governments should focus on crafting the conditions for a variety of agents involved in a given problem to solve it themselves.’

To some, this kind of thinking might sound like just another version of neoliberalism: obliging individuals to fend for themselves, distrusting state planning and celebrating self-regulating markets. While there is some common ground, though, Chandler makes a convincing case that resilience-thinking is a new development, going beyond neoliberal thinkers such as Friedrich Hayek. Where neoliberalism counterposed market and state, resilience-thinking rejects both market and state rationalities; where neoliberalism still assumed the possibility of an external vantage point from which to intervene in complex systems, for resilience theory we are all embedded in a world of complexity.

Perhaps the most significant shift is that whereas for neoliberal thought, complexity presented a limit to universalist liberal reason and top-down planning, resilience-thinking sees complex life not as a barrier but as a means of governance. This shift was enabled, Chandler argues, by the ‘assimilation of critical sociological thought’, particularly as developed by the post-1968 left in France and Italy. In its rejection of the deterministic dogmas of official Marxism, the autonomist Left replaced hierarchical and linear understandings of power with an idea of power as non-linear, relational and ‘emanating from below’. For such post-Marxist thinkers – Michael Hardt and Antonio Negri spring to mind – there is no need for party or organisation, which would only be a barrier to the spontaneous self-activity of emergent social movements. Frameworks of democratic representation are disparaged in favour of participatory, ‘everyday’ democracy as enabling governance ‘through’, rather than ‘over’, society.

The assimilation of ‘critical’ perspectives leaves us in a bizarre situation where ‘critique…becomes the dominant discourse of power’. As Chandler explains, critique is the ‘mode of understanding’ of resilience-thinking: ‘it is critical of states (all forms of state power are seen to be a barrier to accessing the reality of complex life), it is critical of the market (its reductionist focus on profit and exclusion of “externalities”…); it is critical of universal, fixed and reductionist forms of thought (real complex life is fluid and ever changing).’ In such circumstances it is not enough simply to restate a modernist outlook, which is apt to appear quaint and nostalgic today. Instead, developing a genuinely critical response has to begin by engaging with the emerging new common sense of resilience-thinking, and by understanding how former assumptions about power and governance are being challenged and transformed today. That is Chandler’s significant achievement in this book.

Resilience: The Governance of Complexity, by David Chandler, is published by Routledge. (Buy this book from Amazon(UK).