The airstrikes in Iraq will help nobody – except maybe IS. 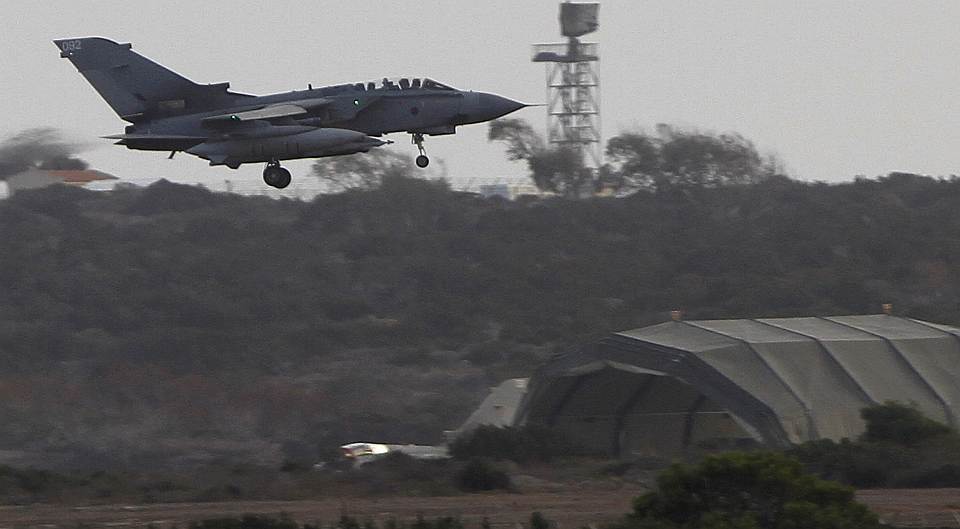 Former US defense secretary Leon Panetta knows what is responsible for the rise of the Islamic State (IS). Western and, by default, American inaction – a collective failure to do something. ‘We created this vacuum’, Panetta said, by not paying attention to ‘what was happening in Iraq or what was happening in Syria with the extremists who were developing a base of operations there.’ This vacuum, he concludes, ‘is what produced the ISIS we’re confronting today.’

Panetta is nearly on to something. A power vacuum, an absence of legitimate state and civic institutions, a lack of a popular force that might cohere these bedraggled territories into something approaching a people, has allowed IS to rise rapidly, filling the gap where a working state might once have been. This is why over the past year its gains have been so quick and easy – it has been kicking at open doors.

But Panetta gets America’s and the West’s role the wrong way round. It is not Western inaction that left a vacuum for IS to fill; rather, as spiked has consistently argued, it was Western action that created the vacuum. In other words, it wasn’t a lack of intervention that allowed IS to spread like the societal equivalent of Japanese knotweed, but too much – too much militarised interference, too much ‘acting on behalf of’, too much do-gooding sentiment. That’s the real problem here: Western intervention, not its absence.

That is why spiked opposes the latest bombing-from-on-high expression of Western intervention in this most messed-up of regions. Not only is it not a solution – it will always, almost without fail, prolong and deepen the problems, for one key reason: it deprives the people involved of the capacity to sort out their own conflicts, no matter how difficult that may be. That is the real vacuum that intervention always leaves behind: the space where a self-determining people ought to be.

Take Iraq. Many Western politicians and pundits have been at pains to blame the recently deposed Iraqi prime minister, Nouri al-Maliki, for allowing IS to exploit Sunni disenchantment with Iraq’s largely Shia government. After all, during his time in an increasingly bunker-like office, he seemed to be intent on waging war with Sunnis and other recalcitrant forces in Iraq. He wasn’t bringing Iraqi society together, we have since been told; he was dividing it along sectarian lines. And in doing so, he was sowing the seeds of IS’s rise.

But what such a narrative obscures is the crucial condition for the rise of IS in Iraq, and before it the emergence of assorted al-Qaeda-style militias: the destruction of the cohering, stablising force that had held Iraq together for decades. Yes, Saddam Hussein’s regime was often brutal, but up until the US and UK-led Coalition of the Willing bombed it to smithereens in 2003, it was virtually the sole cohering force in Iraqi society. In its wake, there was no popular, social force just waiting to assume power, no inchoate source of authority, no aspirant form of popular sovereignty. There was just a vacuum into which various foreign and local powers were drawn. Maliki, a long-term exile ferried into Iraq after Saddam’s fall, was a bit of a desperate despot, trying to rule through his admittedly limited force rather than popular consent (despite his election victories). But he was a product of the West’s interference; his weaknesses were those of a leader effectively imposed on to a territory stripped of its ruler by an external force.

And again in Syria since 2011, we have seen something similar happening. Through its official backing of the rebels, its explicit denunciation and delegitimisation of one-time Western ally, Syrian president Bashar al-Assad, and its support of rebel-held, proto-governmental areas in northern and eastern Syria, Western leaders, from one-time US secretary of state Hillary Clinton to British prime minister David Cameron, not only helped to undermine and roll back the Syrian state – they paved the way for IS to move through and take control of vast swathes of non-Assad-controlled Syria. As spiked has noted before, this is one of the aspects of IS’s rise often neglected in the rush to blame Assad for Syria’s disintegration. That is, IS’s rapid colonisation of parts of Syria wasn’t always the product of battles with Assad’s forces – in fact, most of the areas in the east and on the border with Turkey that IS now holds were previously under the nominal control of anti-Assad forces. IS’s Syrian ascent actually occurred in supposedly liberated Syria, the part that was meant to be overseen by the Syrian Opposition Coalition, a Western-backed and funded interim government based in Turkey.

Like the removal of Saddam in Iraq, or Colonel Gadaffi in Libya, the partial removal of Assad from a large area of Syria also removed the political and civic force that allowed the towns and cities to function. The SOC, whose role many Syrians, let alone Westerners, are unaware of, failed to fill the gap. That is where IS came in. The administrative and organisational failure of the SOC-authorised rebel groups, who now looked to the West rather than the local people for legitimacy, provided an opportunity for IS to ride in with its combination of brutal, committed fundamentalism, and practical problem-solving ability. It’s almost poignant to note that Raqqa, the first city to fall to anti-Assad rebels, and nicknamed the Bride of the Revolution, is now one of the centres of the putative Islamic State.

And yet despite all the evidence of the folly of intervention, despite the fatal logic of taking a people’s affairs and struggles out of their own hands and negating their capacity for self-determination, still commentators and politicians clamour for more intervention, more airstrikes, and, in the case of assorted military big-wigs in the US and the UK, boots on the ground. How often do we have to witness the interminable consequences of external intervention before it sinks in with the ‘do something’ brigade that it will always make a bad situation worse? How many times will a Western leader, tumescent with their own moral grandeur, be allowed to use a faraway conflict as an opportunity to grandstand, before it becomes clear that intervention is never the solution?

As we can already see, the US-led airstrikes against IS are making the situation worse. IS, which was always a borderless, post-state entity (despite its name), is simply responding to the bombing by scattering and moving, be it across a border, or to another town. The airstrikes just make IS more mobile, more inclined to shift its attentions elsewhere, as the inhabitants of the Syria-Turkey border town of Kobane have since discovered. And not only that, the weak, gestural, ‘purely symbolic’ nature of airstrikes emboldens IS. It showcases IS’s ability to resist the West’s attacks, while mocking the West’s unwillingness to put its own soldiers’ lives on the line.

As Brendan O’Neill put it as the bombing began in August: ‘Western intervention is the ultimate author of the nightmare in northern Iraq and Syria. Do something? You already did something; you did this, you made this horror.’