The DLT trial shows that when enough mud is thrown, some will eventually stick. 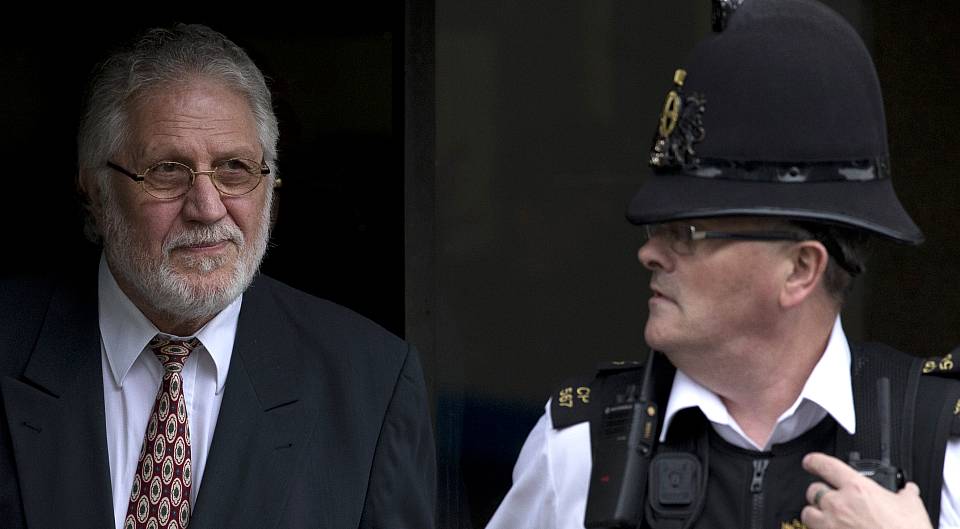 The retrial of former DJ Dave Griffin, aka Dave Lee Travis, concluded last week with a whimper, rather than a bang. Griffin had previously been tried on 14 counts of indecent assault earlier this spring, when a jury acquitted him on 12 counts, but failed to agree on two.

The second trial only took place because the Crown Prosecution Service (CPS) decided that he should face a retrial. If the 69-year-old Griffin had not been caught up in the celebrity witch-hunt of Operation Yewtree, it is unlikely that the CPS would have bothered. But here it risked a serious loss of face, so it ploughed on.

This time around, a new jury cleared him on one of the outstanding two charges, and failed to agree on the other, of which he was then formally acquitted. However, it convicted him on a single count by a new complainant, who emerged after the first trial. This new claim highlights some serious problems with the way historic prosecutions currently operate.

The new allegation related to a one-off incident in 1995, when Griffin touched the breasts of a 22-year-old Granada TV employee. It happened in a corridor during the filming of an episode of the Mrs Merton Show and lasted only 10 to 15 seconds. According to her account, he told her she shouldn’t smoke, as she risked cancer in her ‘poor little lungs’, whereupon he touched her chest.

It seems the employee complained to her boss at the time, but they agreed to put it down to experience. She did not file a complaint of harassment with an employment tribunal, which has a time limit of three months; nor did she sue Griffin for trespass, a civil wrong that carries a time limit of six years.

But in 2012, her former boss went to the police. Indeed, it is increasingly common for third parties to report allegations of sexual misconduct to the police, rather than the victim. What happened next is unclear, though presumably the police then approached the woman for a statement.

Her former boss told the court that he later had a telephone conversation with the alleged victim, and they were surprised that their recollections of the incident were exactly the same. It might well have seemed surprising, especially as the former boss never witnessed the original incident. By then, Griffin had no recollection of it.

‘For ever curs’d be this detested day…’

By the time she gave her evidence in court, ‘Ms X’ invoked the standard phraseology used in these cases, that is, she was ‘pinned to a wall’ and ‘froze with shock’.

She went on: ‘I absolutely knew he had some weird sexual thrill from this. I felt like I’d been punched, that feeling of being violated.’ In her subsequent victim-impact statement at the sentencing, she called the assault ‘terrifying’.

This sounds as if a comparatively minor and shortlived event has been reframed with the benefit of hindsight into something far more serious and traumatic. The hyperbole is striking.

A writer of the Mrs Merton Show told the court about office gossip at the time, the gist of which was that Griffin’s act was believed to be aggressive, not sexual. But this evidence should have been excluded altogether. What possible probative value is in office gossip relayed by people who did not witness the event?

A judge has now given Griffin a suspended jail term of three months, the suspension to last two years. Legal commentators agreed that, had Griffin not been viewed as a celebrity, he would likely have got a community-service order or a fine, given his age, previous good character, and the lapse of time since the offence.

Griffin was defiant on the court steps afterwards. He was disappointed with the conviction, but glad that the prosecution’s slur of a sexual predator was rejected. He queried the enormous expense involved in these two prosecutions. He said that all along he and his family feared the consequences of the prosecution’s tactic, ‘if you throw enough mud, some will stick’.

Griffin makes a good point. The tactic in these cases is called ‘corroboration by volume’. Never mind if, individually, the claims are weak; provided you can stack up enough of them, their weaknesses will be lost in a cloud of prejudice.

But by concentrating on social nuisances, as opposed to really serious forms of assault, the authorities risk trivialising sex crime. Their zero-tolerance policy is characterised by a rigid absolutism. Their rhetoric of ‘predators’ and ‘demigods’ evokes a pre-modern, pre-scientific world dominated by belief in the supernatural.

As US lawyer Eric Berkowitz says in his recent study of sex law throughout history: ‘A person violating the shifting rules of sexual conduct in modern Western societies will not be accused of witchcraft, but that is often just a matter of terminology. Anyone, no matter how highly placed, who engages in sexual contact that is out of sync with prevailing attitudes risks being both demonised and steamrollered in public by the legal system.’ (1)

A lack of proportion

The offence of which Griffin was eventually convicted amounted to a fleeting act of sexual harassment in the workplace. So did the state use a sledgehammer to crack a nut?

Clearly it did. As the House of Lords said in 2008, the main function of criminal law ‘is to identify, and provide punitive sanctions for, behaviour that is categorised as criminal because it is damaging to the good order of society’.

By contrast, the civil law of tort exists ‘to protect the rights that every person is entitled to assert against, and require to be respected by, others’. (2)

The law regulating sexual misconduct at work was introduced through the Sex Discrimination Act 1975 to address the particular problems that women faced. A similar law governed racial discrimination. By 1995, there was a significant body of case law on harassment, which usually involved a course of conduct, though sometimes a sufficiently serious one-off instance could qualify as unlawful harassment.

Bracebridge Engineering v Darby (1990) was an extremely unpleasant case, where a male chargehand and a male manager seized a female employee by her arms and legs, and carried her into an office. One turned off the light. The other then wrapped her legs around him and, when she tried to get away, she was threatened with a written warning for leaving early. He then felt her crotch and said: ‘You’ve got a big one.’ Darby’s senior manager refused to discipline her assailants, so she resigned. A tribunal awarded her £150 for the indignity, plus loss of earnings. In Insitu Cleaning v Heads (1995), a tribunal awarded a woman £750, after a director’s son said to her: ‘Hiya, big tits.’

It makes no sense that an incident lasting 10 to 15 seconds, which, at best, might have made it into an employment tribunal and resulted in an award of a few hundred pounds, should end up in the Crown Court nearly two decades later on a charge of indecent assault carrying a maximum penalty of 10 years’ imprisonment. This event could not possibly be said to undermine the ‘good order of society’. The decision to prosecute this particular instance was wrong in principle. That it was done to bolster a weak case is no excuse.