We’re all in the Non-UK now

Welcome to a new era of petty divisions and political chaos across Britain. 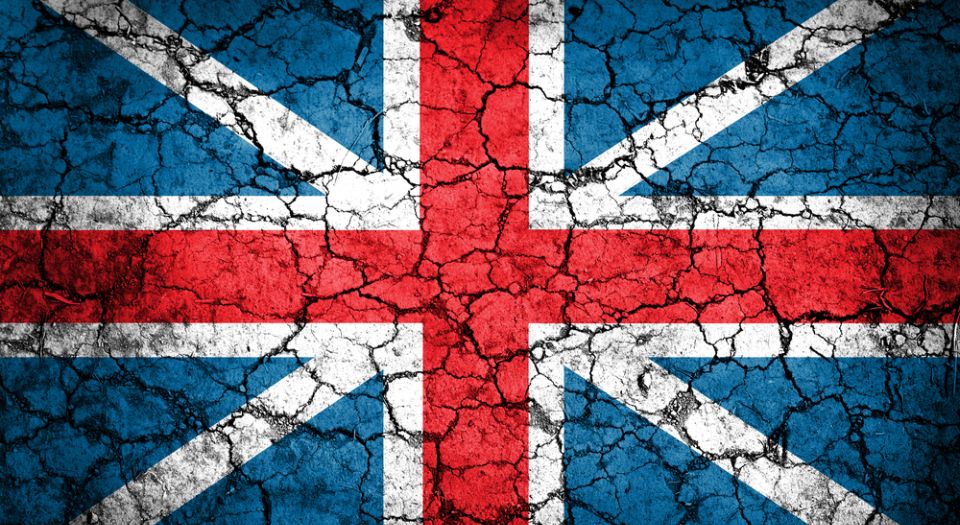 Many ‘Yes’ voters in the referendum were really saying ‘No’: a deep-fried Scottish No to all of the Westminster political parties, which opposed independence. And who could blame them for that? Millions of English and Welsh voters feel the same way.

The trouble is that, while the ‘No’ vote left the United Kingdom formally intact, the fallout from the campaign has revealed deep divisions across UK politics. We might all be No’s now. But unless we can reclaim the Y-word and find some new basis for unity, the recriminations from events in Scotland are set to usher in a new era of petty divisions and political chaos across the UK.

Thousands of Yessers did not cast a positive vote for a free and radical Scotland. No such choice was offered by Alex Salmond’s Scottish National Party, which emphasised how little would change in an ‘independent’ Scotland where both HM the Queen and the Queen Vic in EastEnders would still rule.

Instead they cast a negative vote against the alien-looking UK political elite. Salmond and his SNP government ultimately lost. Yet they conjured up one-and-a-half-million votes out of Scotch mist by turning Yes into a protest against the UK parties. The result was that, possibly for the first time in history, 45 per cent of an electorate effectively cast a protest vote in favour of their government. Little wonder Yes support was high among disaffected working-class voters in Glasgow and Dundee.

In reality, of course, the ruling Scottish political clique at Holyrood has as much contempt for ordinary punters as the Westminster set. The ‘progressive’ politics of the Scottish parliament are mostly about policing the lifestyle of the peasants, from slapping ‘sin taxes’ on cheap booze to banning rude songs at football. Yet such is the ill-feeling towards the UK elite that the Sanctimonious Nanny Party could try to pose as the people’s champions against their wicked Westminster masters.

If the sizeable Yes vote was largely a No to Westminster, it is a sentiment shared by many Scots who voted to keep the Union and by millions more across much of the UK. Whether they like the comparison or not (and they don’t), the SNP in recent years has been riding the same wave of popular disaffection that has brought the UK Independence Party success (including a UKIP Euro-MP in Scotland). There is a widespread view of ‘our’ leaders as a distant, high-handed oligarchy. Their patronising No campaign exposed the invertebrate party leaders so badly that many apparently thought even gormless Gordon Brown looked inspiringly statesmanlike by comparison.

Westminster leaders might have publicly celebrated the triumph of No. But it quickly became clear that they have little to be smug about. When the UK General Election turns into a referendum on our rulers next year, many will be looking for ways to say No to the lot of them.

This might sound like a good thing. The trouble is, however, that simply sticking two fingers up to the Westminster oligarchy provides a slender basis for a common political outlook. If all people have in common is a rejection of the centre, it is no surprise to see them divide against one another and retreat into parochial and sectional concerns.

This has become clear in the fallout from the referendum campaign. Much horrified attention focused on the clashes between Yes and No supporters in Glasgow – though it remains a mystery why anybody should be surprised that an unnecessary referendum staged around inflated and often invented national differences might spark some flag-waving conflict. There were also deep divisions within the rival camps, however, with neither able to offer a coherent political outlook. The megaphoned slogan ‘Yes’, for example, barely drowned out the differences within a crusade that involved potentially warring factions from old-fashioned nationalists to hipster greens, and from deluded parish-pump leftists to deluded corner-shop capitalists.

The absence of anything more substantial than anti-Westminster sentiment in politics today was quickly made clear in the wider UK reactions to the referendum. Even before the Scottish votes had been counted, opportunists from Cornwall to Newcastle were demanding that English regions and cities must have the same devolved tax-raising and welfare-spending powers promised to Scotland for remaining in the UK. As one top Tory think-tank report proposing greater autonomy for Greater Manchester put it, if Scotland could have ‘Devo-Max’, then why not ‘Devo-Manc’? No sooner had the Scottish campaign ended than the rows began over which MPs should be allowed to vote on English affairs in the future.

If the UK is, as we are assured, a ‘family’, it looks increasingly like one whose senior members are hardly on speaking terms (except to argue over the housekeeping money), and want to turn their rooms into self-contained bedsits. The run-up to the 2015 UK elections now looks set to be dominated by divisive, sectional arguments that will distract from the bigger questions of what sort of British society we might all want to create. The sort of ‘alternative’ elitist politics of cultural identity that dominated the Scottish referendum campaign, more about feelings and symbols than anything substantial, can only make these damaging divisions worse.

The referendum campaign is over, but the chaos across UK political life is only just beginning. We may well all be ‘in it’ up to our necks; but we have rarely looked less in it together.